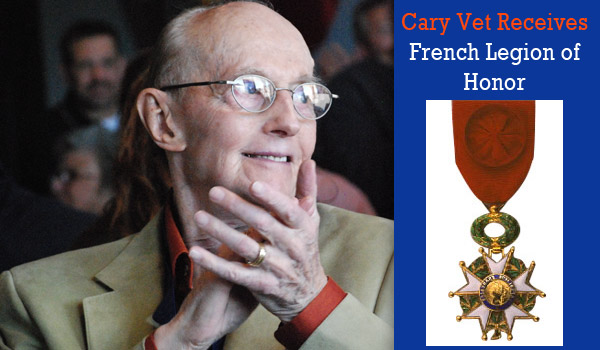 Cary, NC – “Dear Mr. Shook,” the letter begins, “I am pleased to inform you that by decree of President Sarkozy, you have been appointed a “Chevalier” of the Legion of Honor.”

We previously reported on Col. Shook back in February of 2010. Now, this distinguished resident of Cary has been designated as a Chevalier the French Legion of Honor. Previous honorees from the United States include Dwight Eisenhower, Douglass MacArthur and Audie Murphy.

Shook began flying in a PT-13, an open-cockpit, two seat biplane. His military career saw him flying combat mission in WW II (including the Normandy invasion), Korea and Vietnam.

After his retirement from the military, Col. Shook became a well-known motivational speaker and the author of 3 books. 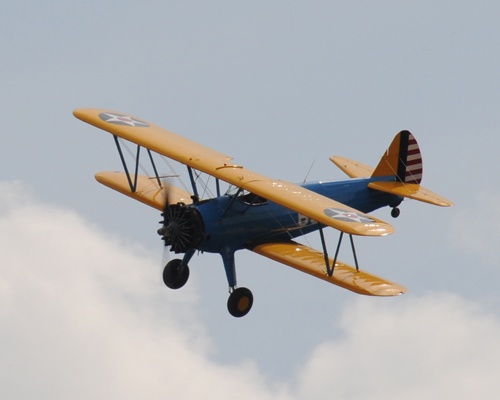 From Napoleon to Sarkozy to Shook

Here’s the text of the letter to Col. Shook from the French Ambassador to the United States:

In am pleased to inform you that by decree of President Sarkozy on October 12, 2011, you have been appointed a “Chevalier” of the Legion of Honor.

This award testifies to President Sarkozy’s high esteem for your merits and accomplishments.  In particular, it is a sign of France’s infinite gratitude and appreciation for your personal and precious contribution to the United States’ decisive role in the liberation of our country during World War II.

The Legion of Honor was created by Napoleon in 1802 to acknowledge services rendered to France by persons of great merit.  The French people will never forget your courage and your devotion to the great cause of freedom.

It is a great pleasure for me to convey to you our sincere and warm congratulations.

Col. Shook will be honored at a ceremony at the North Carolina State Capital Building in Raleigh on February 28, 2012 at 11 AM.

7 Ways to Go Green in Cary with Spruce