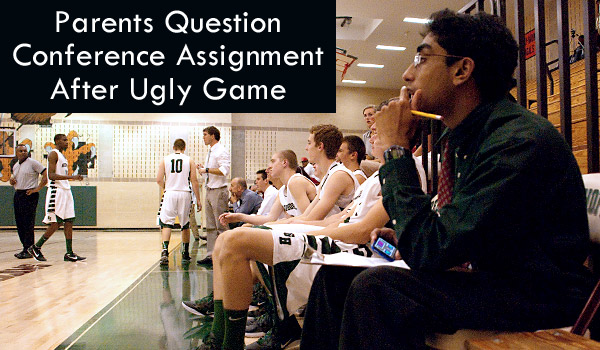 Cary, NC – Playing tough is one thing. But an excessively hostile atmosphere at a game in Person County last week is causing some parents to ask the NCHSAA to take another look at a plan that reassigns Panther Creek and Green Hope to the PAC 6 Conference.

More Than a Rough Game

Spectators described the game between Green Hope and Person High in Roxboro as more than hard play.

Things getting classless in Roxboro. Rockets player throws elbow on a screen to Flemmings, gets T’d up.

From the parent of a player:

One of their players stuck his foot out to trip one of our cheerleaders when she was back flipping on the court, they intimidated the referees who were afraid to call anything against them. We had 4 pretty good injuries – 2 concussions, split chin and a possible broken nose for which NONE had fouls called on them.

From the parent of a student:

[My son] goes to many of the football & basketball games, both home & away.  I have always felt safe with him going to these events.  I would NOT have had that same good feeling sending him off to root for the Falcons at these other schools that we will soon be in conference with.

The car of a GH parent was vandalized in Roxboro:

Upon arriving in Roxboro, after our hour and a half drive, we ran into Bojangles (literally 2 minutes from the school) for a drink in our Green Hope shirts and in the 5 minutes we were in there somebody drew on my white car in “Rocket” blue permanent marker. [Editor’s Note: Person High is home to the Rockets].

In the end, the Green Hope boys lost to Person High.

Now Green Hope parents are questioning the reassignment to the Durham Conference. Panther Creek is affected as well.

GHHS Booster parents are reaching out to PCHS parents, school officials and the North Carolina High School Athletic Association to reconsider the change.

Parents who wish to comment on the plan must do so by February 28, 2012, according to information on the GH Booster Club’s Yahoo Group.

The focus is on preserving traditional rivalries between Green Hope and Panther Creek with Cary High, Apex, Athens Drive, Middle Creek and the other Tri-9 schools.

If you have a opinion, you can write to Wake County Superintendent of Schools Tony Tata or NCHSSA Commissioner Davis Whitfield.

Inside the Eye: Ducks Shoot Down Canes