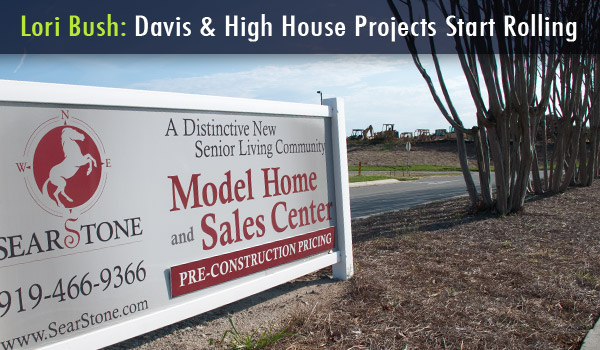 Cary, NC – The construction trucks are starting to roll at Davis Drive and High House, so get ready for some changes to occur.

Two projects are slated to begin this month at that intersection – at 2 of the 4 quadrants. Searstone is a project that has several components already started – the roads, lights, and trees have been down for quite some time.  You might also remember that Bradford was the controversial development that launched many citizens into action when it was proposed and finally approved in 2007.

Although these developments were approved 5 years ago, the state of the economy has slowed their timelines, causing both of these communities to now be on a similar build out trajectory. I expect that we will soon see a lot of movement and traffic delays as work begins.

The Searstone Retirement Community is expected to start putting in their infrastructure for their residential buildings beginning this month.  You can see the construction trucks in place, and many of the outlying retail buildings are already open.

Based on the site plan, it looks to be an exciting and beautiful community, with a significant amount of open space, greenways, a lovely water feature and even a conservatory.  I love the idea of a senior community being close to our wonderful parks and catty corner to shopping and retail.

Town staff provided Mayor Weinbrecht, Councilmember Adcock and me an update on the project that has been on hold while the developer has secured funding. 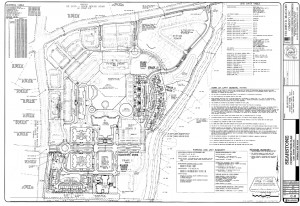 You can learn more on the Town of Cary Website and see the 99 pages of site plan documents.

Notable updates from staff include:

You can check out the site plans on the Town of Cary page.  I also found their commercial webpage, online.