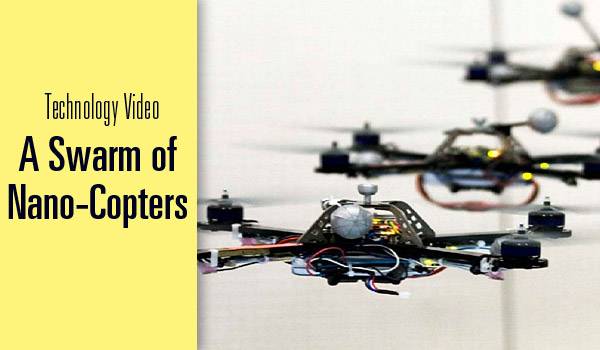 Cary, NC – This video, from the University of Pennsylvania, shows a swarm of Nano-Copters, little self-controlled flying machines, performing acrobatic tricks in the air.

Nano-Copters, also called Nano Quadrotors, are little flying robots, about the side of your hand.  Much of their functionality is self-controlled, like take-off and landing and collision avoidance. They can also be programmed to do swoops and turns and fly in complex formations.

This video (also on YouTube) from the University of Pennsylvania’s GRASP Lab (General Robotics, Automation, Sensing and Perception), shows the amazing capabilities of nano copters to fly in swarm like formations.

The Science Technology Engineering and Math (STEM) series on CaryCitizen is sponsored by Citizen Websites.