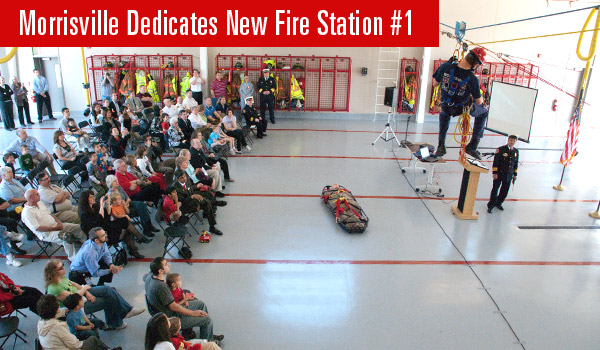 Cary, NC – I always love a big municipal ribbon-cutting. The sun always seems to shine. So it was today with the sun shining down on the large crowd that had assembled for the dedication of the new Morrisville Fire Station #1.

From the Town of Morrisville:

Construction on the new fire station began in September of 2010. The facility is 13,000 square feet and includes a three bay design. It is replacing the former Fire Station 1, located at the corner of Morrisville-Carpenter Road and Chapel Hill Road, which was over 55 years old.

The increased space in the new station is necessary to facilitate modern firefighting operations, and to house an EMS unit and crew as well. The project cost approximately $3 million to complete.

What’s not conveyed is the soaring sense of space, power and optimism the new firehouse evokes. Elected officials and small children couldn’t help but smile as the flags fluttered, the band played and speakers recalled the history of firefighting in Morrisville: 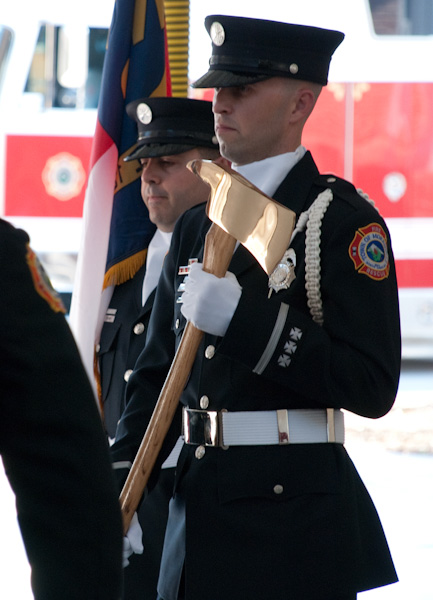 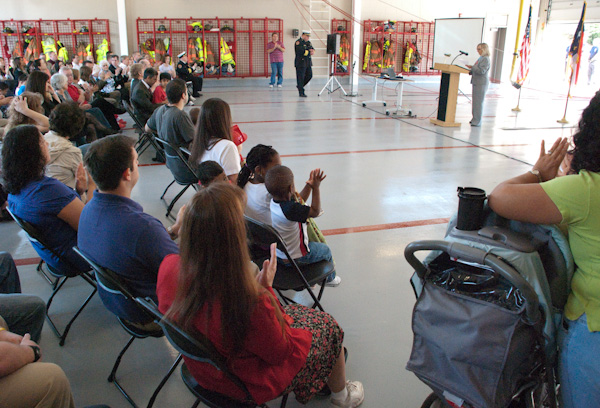 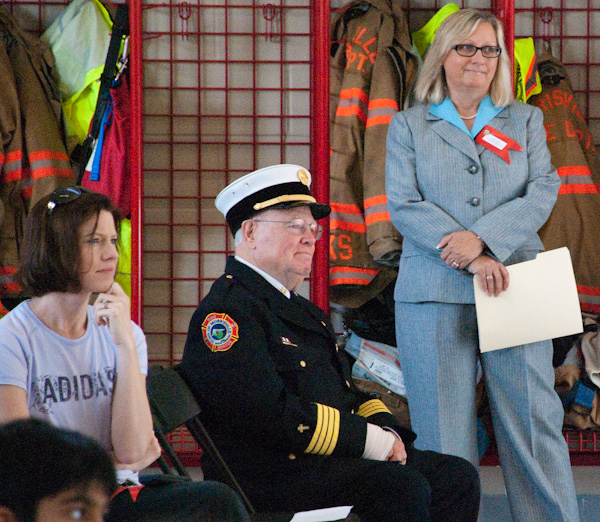 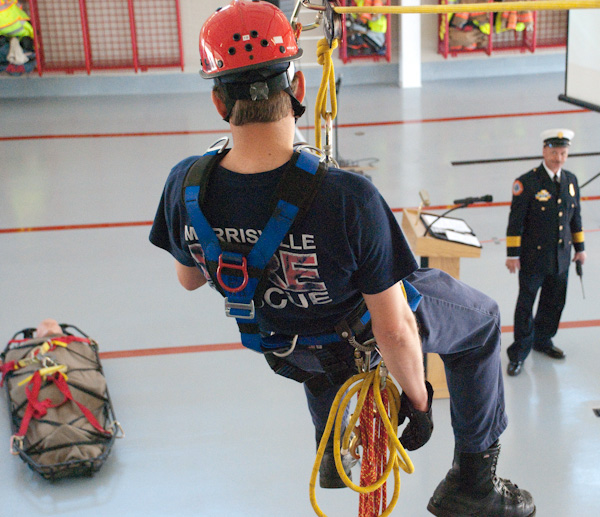 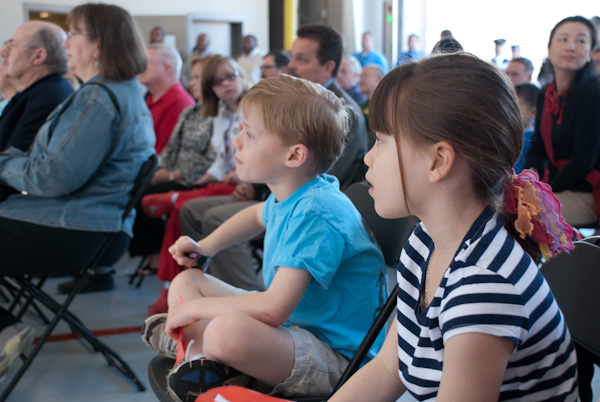 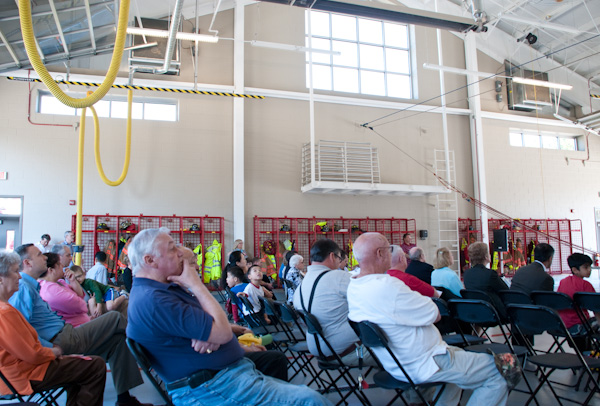 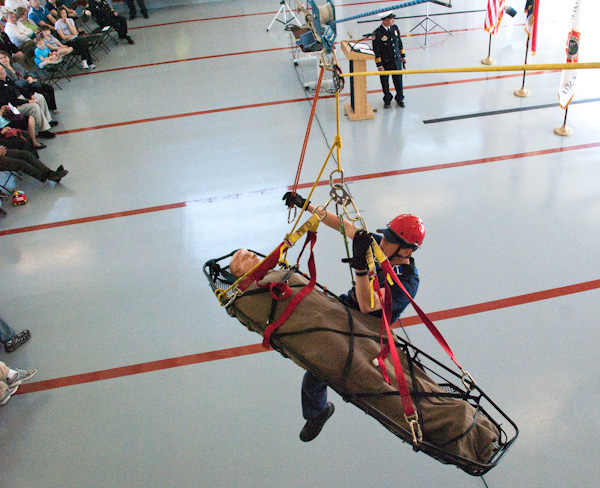 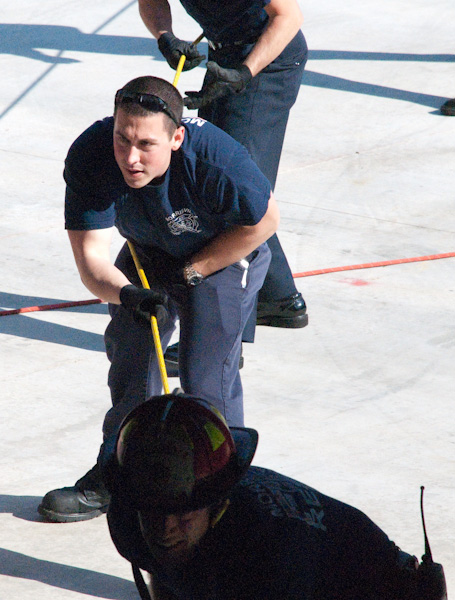 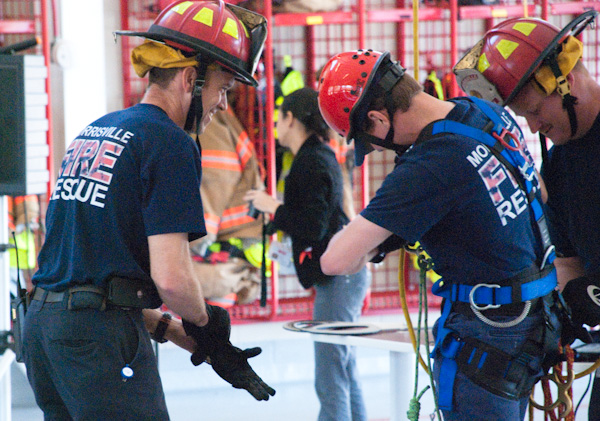 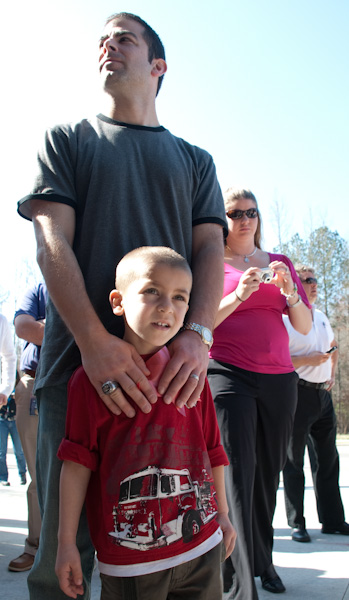 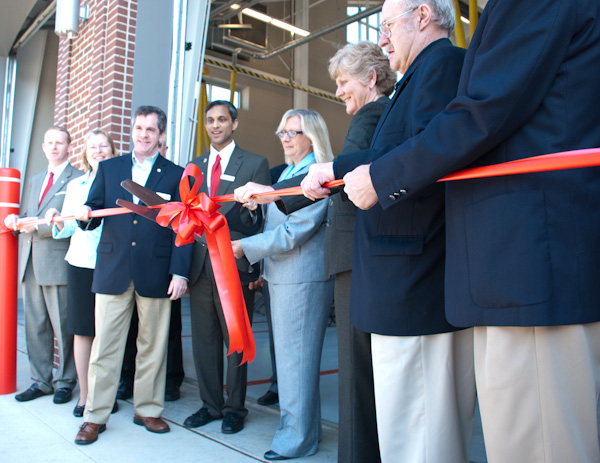 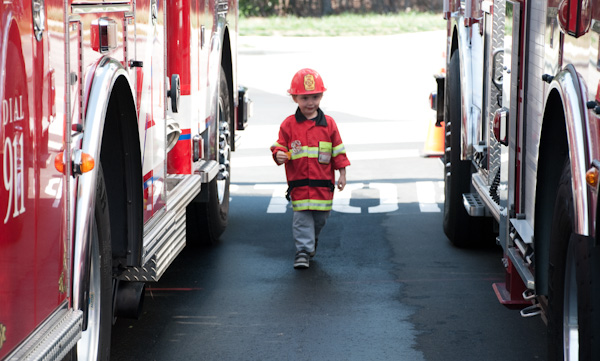