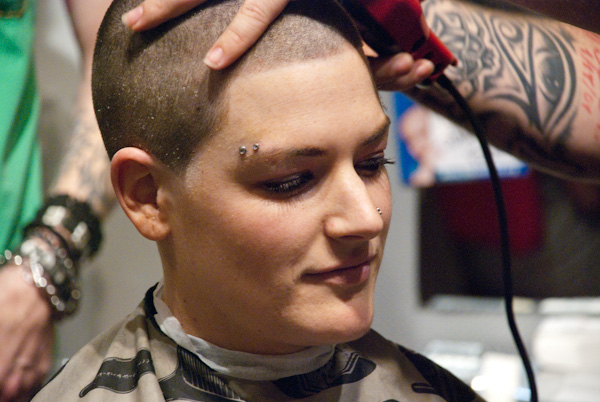 Stonecreek, Cary, NC – On Friday, about 30 people got their heads shaved for charity at J.F. Gemelli in Stonecreek Village. The effort, on behalf of the St. Baldrick’s Foundation for research into childhood cancer, raised over $28,000.

St. Baldrick’s is a play on Bald + St. Patrick’s. There is no actual St. Baldrick.

The St. Baldrick’s Foundation was started in 2000 when three Irish American reinsurance executives in New York decided to elevate the traditional St. Patrick’s Day party in the office. The 20 “shavees” at the original event planned to raise $17,000. Instead, they raised $104,000. The money went to pediatric oncology research and a movement was born.

The Shaving at Stonecreek

J.F. Gemelli Salon in Stonecreek hosted the St. Baldrick’s event in Cary. The top shavee was Donna Moynihan who raised $6,140 for her shave.

Reina Lawrence, a hairstylist at Gemelli, was a shavee, barber, team captain and lead organizer of the event. Reina had a goal of $1,000 and raised $3,461 for her bald head.

It was definitely a party atmosphere with 70-80 people, food, a DJ, kids with ballons, face painting and lots of laughter.

The goal for the great shave at Stonecreek was $25,000. Before I left, the DJ announced that more than $28,000 had been raised for the St. Baldrick’s Foundation. 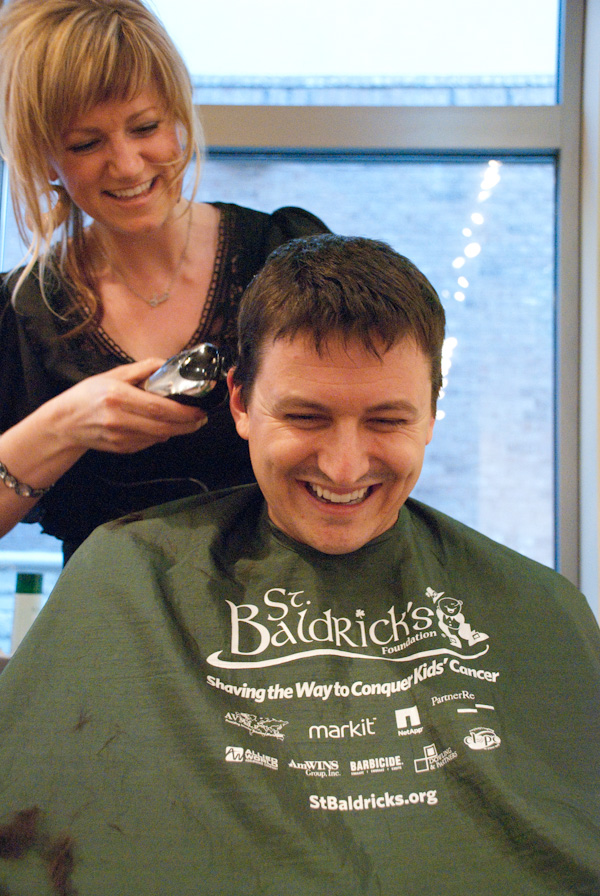 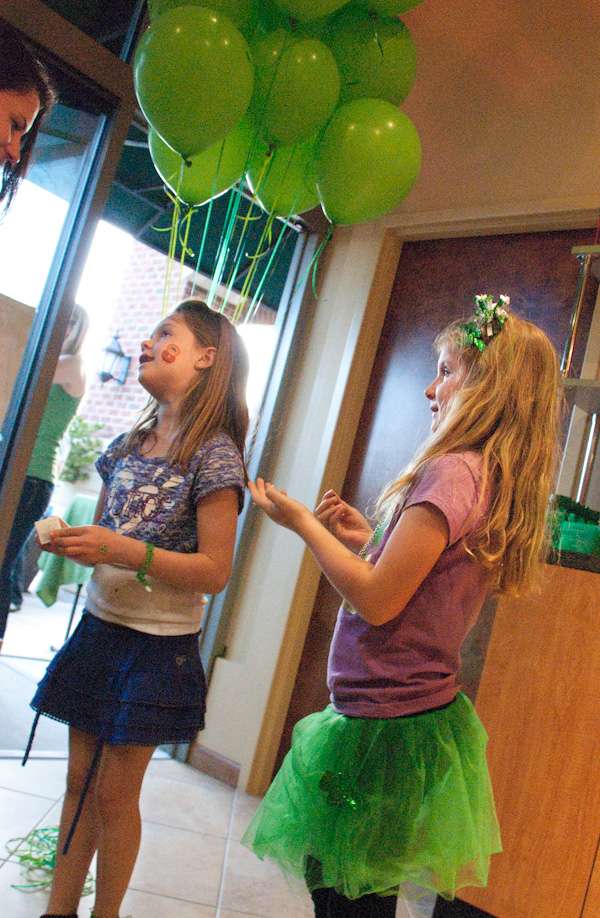 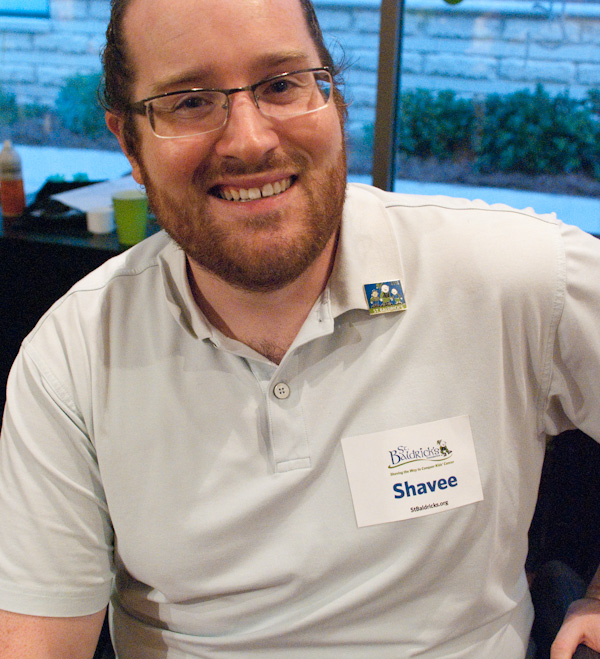 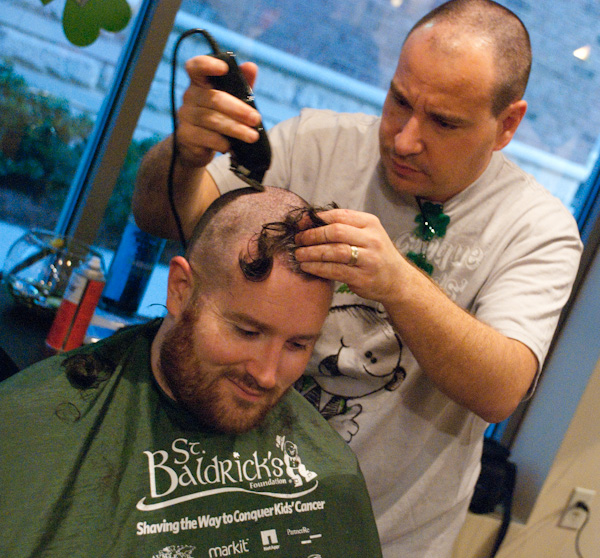 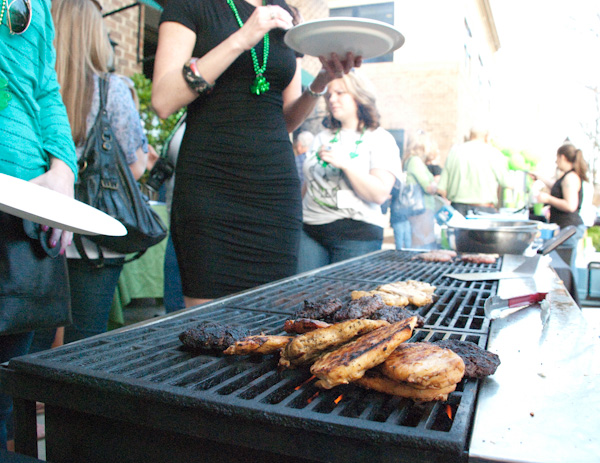 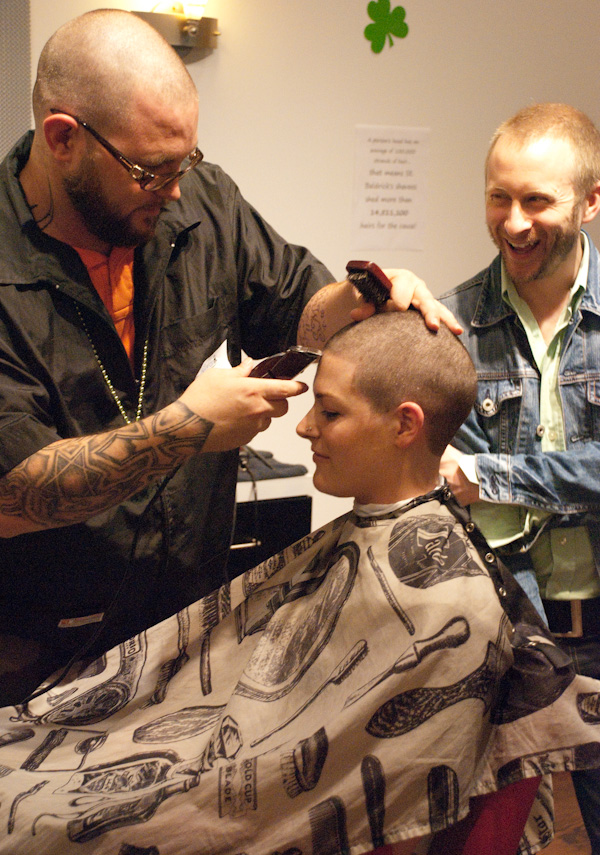 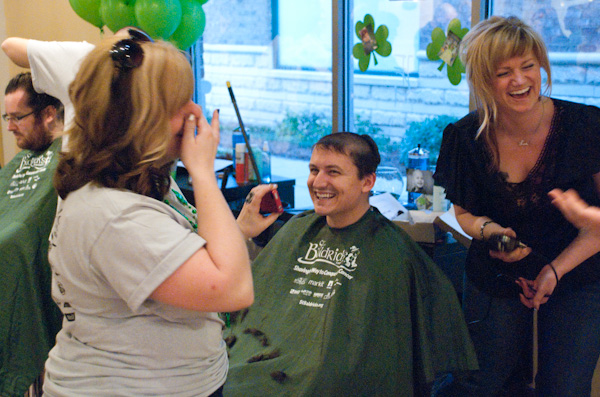 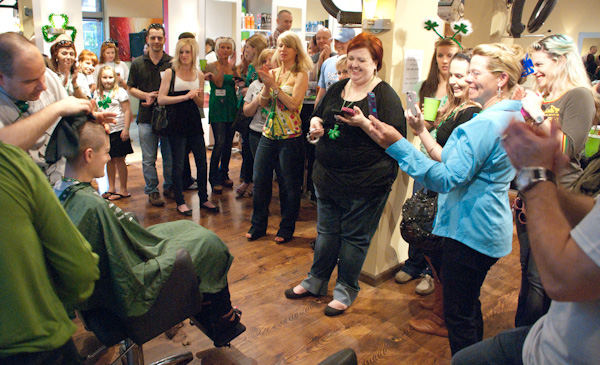