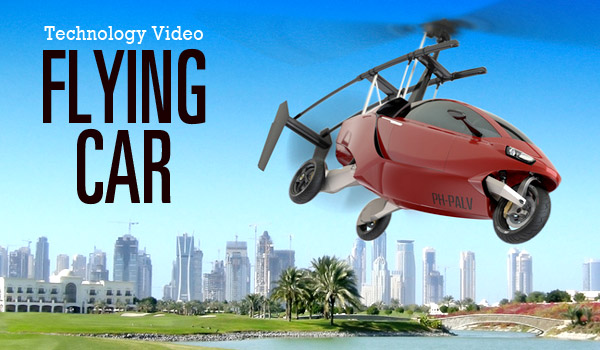 Cary, NC – Flying cars were big news at The New York Auto Show last week. Do you have kids who are interested in science, technology, engineering or math? Show them this video of a flying car to get their juices flowing.

Terrafugia, based in Woburn, Massachusetts, grabbed a lot of headlines in the U.S. last week with its prototype of street-legal car that flies like an airplane. It evens runs on Premium gas, so you can fill up at any neighborhood gas station.

Over in Europe, the PAL-V, short for Personal Air and Land Vehicle, also released a video of its flying car last week. Unlike Terrafugia, the PAL-V flies like a gyrocopter. It has a range of 315 miles and a top speed of 110 mph.

One could fly from Cary to Rodanthe on the Outer Banks in under 2 hours. By car, the trip takes about 5 hours.

I chose the clip from PAL-V principally because it’s a better video than the one from Terrafugia.

The marketing of science, technology, engineering and math is an important part building generational excitement about S.T.E.M.

Enjoy your trip in the flying car. Share it with your kids. This video can also be seen on YouTube.

S.T.E.M. coverage is sponsored by Citizen Websites, the web development arm of CaryCitizen.

Spicing Up Herbfest: The People’s Pharmacy