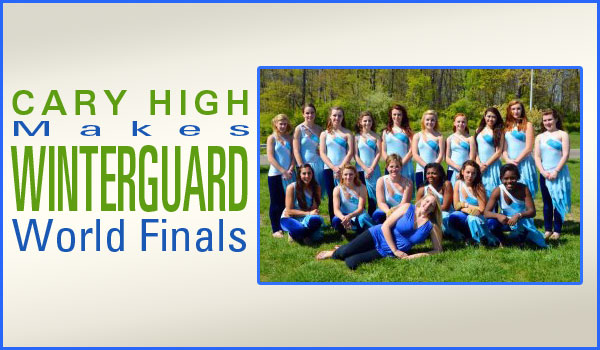 The top 15 units were selected from Semi-finals to go on to Finals on Friday night. Cary made it to finals and finished 14th overall.

This is the first time the Cary High School Winter Guard has ever made it to the WGI World Championship Finals. Additionally, CHS was the only Wake County guard to make finals this year in Class SA.

Harold’s Blog: The Economy and Picking Up Trash

Movies By Moonlight Returns in May
Scroll to top