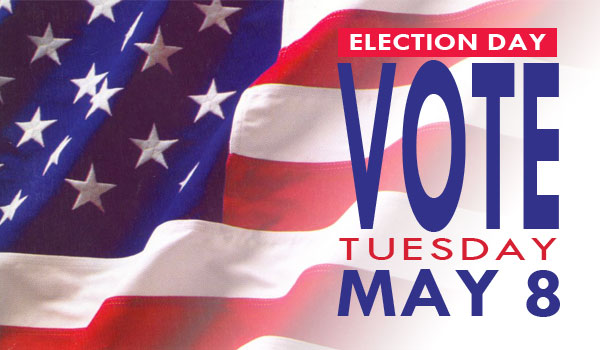 Cary, NC – Tuesday, May 8, 2012 is Primary Election Day in Cary. You can vote for President of the United States, a variety of State offices and on a constitutional amendent called the Defense of Marriage Act.

Voters may find themselves presented with one of four official ballots depending upon their declared party affiliations. Each ballot presents a different slate of candidates.

In addition to primary races for President of the United States, voters will also be asked to choose candidates for many state offices including Governor, Lt. Governor, Treasurer, Auditor, State Commissioners and several judges. Ballots vary by party – both the candidates and the offices.

Perhaps the most hotly contested issue in this election is the Defense of Marriage Act, popularly known as Amendment One. Whatever party you vote, this will be the last question on the ballot, under the heading Referendum – Constitutional Amendment. The language is the same on all ballots:

Constitutional amendment to provide that marriage between one man and one woman is the only domestic legal union that shall be valid or recognized in this State.

Voters will be asked to choose For or Against.

Want to see what your ballot looks like? Go to Voter Lookup and enter some simple information – name, date of birth and county. You’ll be able to see your voting information including sample ballots for Tuesday’s election.

Not sure where to Vote? Find your polling place:

A Night at the RailHawks
Scroll to top