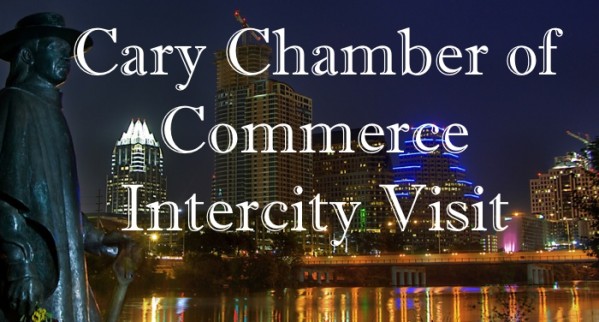 From the blog of Lori Bush, At-Large member of Cary Town Council.

Cary, NC – This last week I spent 3 days traveling with 4 other Cary Town Councilmembers, our Town manager, Town of Cary staff, folks from the Cary Chamber of Commerce and local business leaders to Austin, TX. This Intercity visit was a first for me, and an opportunity to learn, connect and spend some time getting to know other folks who are passionate about our great town.

Why travel to another city?

Although I took vacation from my “day job” to attend this Intercity trip, it was definitely a “work trip.” Every minute was filled with meeting our host city representatives and learning about their environment.  Many of these municipalities are dealing with the same challenges and opportunities that we face in Cary. Whether it was issues surrounding growth, planning, transit, or sports or public art – we got a chance to hear about their solutions. Our trip to the “Texas Hill Country” included time in Austin, Round Rock and a lesson on transit challenges from the folks in Leander.

Our goal and objective was to gather ideas, hear from our various speakers about their lessons learned and to hopefully come back with a slate of actionable items and thoughts to move forward and to continue to create and support the best place to live, work, do business, and raise a family. 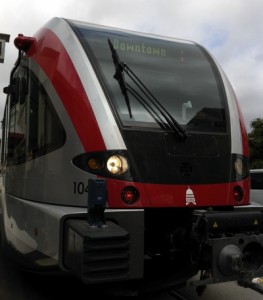 DOWNTOWN AUSTIN:  We started in Austin, meeting the Honorable Mayor Lee Leffingwell and Representative Mark Strama; both are extremely passionate about their city.  Our lunch was on the Mayor’s Balcony – I have the distinct feeling that Mayor Weinbrecht would love one of those.

Austin has a population of more than 750,000 people and is the 4th largest city in Texas.  They are home to the University of Texas in Austin, the music and film festival – South by Southwest (SXSW), and known for their slogan, “Keeping Austin Weird.” We were treated to a historical overview of Austin’s past, the public private partnerships that have shaped Austin, along with a wonderful walking tour of downtown.  Their downtown has undergone a revitalization – and they are continuing to make progress.

TRANSIT: Austin has been making strides in the area of Transit – and they MUST as they have the third worst traffic in the country.  They are limited by their current road structure – so the only way out of that pain is to embrace multi-modal transportation and mass transit.  We rode the new Metro Rail which was a real treat. These rail cars are Swiss designed, diesel/electric, quiet and energy efficient with places for cyclist to hang or hold their bikes.  Transit is gaining traction, and more and more people are starting to take advantage of it.

SPORTS: We were lucky to get a tour of the University of Texas at Austin – Texas Memorial Stadium. Standing on the field was amazing – it’s a state of the art facility from the field turf to player workout area, they were gracious hosts to our large group. 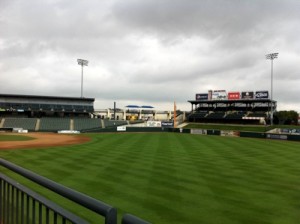 We also got a chance to visit Dell Diamand, the home of the Round Rock Express, a triple A minor league baseball team affiliated with the Texas Rangers, and baseball hall of famer Nolan Ryan.  The City of Round Rock owns the Dell Diamond, and they were wonderful hosts to us at the field (or as they like to call it, their convention center.)

Round Rock: This is a city very similar to Cary in many respects – with close to 100,000 people (Cary has 140,000+), with a 63.4% population increase in the last 10 years.  (Cary had a 43% increase from 2000-2010.) Our tour consisted of their downtown area, several communities and a drive through areas where new hospitals and community colleges were locating.

Mueller – Greenfield Development: One of the most interesting tours was of a new mixed use area near Austin, built on the site of the old Robert Mueller Municipal airport. The 700 acre site became available when the airport relocated in 1999, and it will eventually be home to almost 10,000 people.  Built with a master plan, significant innovative investment methodologies, it’s a unique design, home to families, businesses, a town center, senior community, school, parks and greenways. 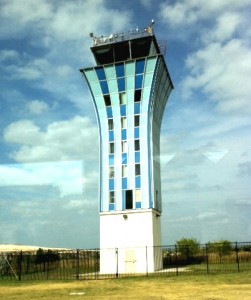 ImagineAustin: An overview of the process and comprehensive plan that Austin put together in their efforts to move forward.  Creating ImagineAustin was truly an effort that included citizens from all over Austin. The city put together a well thought out plan for citizen engagement to create the vision for their future.  From their “meeting in a box”, to Town Halls and reaching out to church groups and through online methods, the staff used any and all mechanism to connect. The Comprehensive Plan took 2 years, and is just going to CIty Council now. 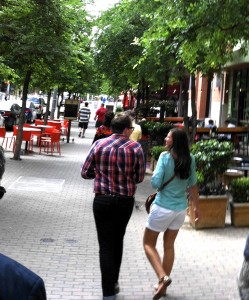 A walkable downtown really brings folks out and about. The Austin streetscape project is comfortable, at a human scale, and I can absolutely see something like that in Downtown Cary. Their street trees were planted in a way that protects the trees, and offers a lovely canopy while protecting the root systems.

Glad to be Home

It’s always nice to travel to see new places.  But, as Dorothy said in the Wizard of Oz – there’s no place like home.

–Featured picture by Knowsphotos. All other photos by Lori Bush.