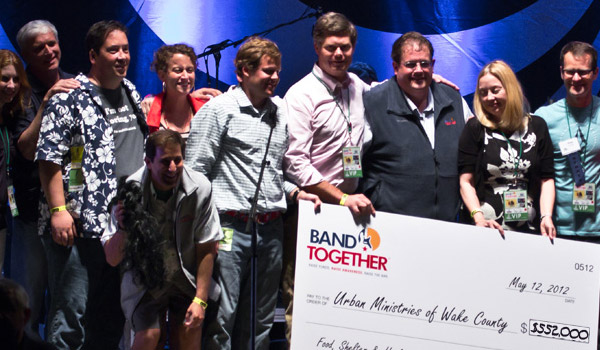 Cary, NC – Last week, the B-52s headlined a Band Together benefit at Booth Amphitheatre that raised $552,000 for charity.

Band Together at Booth Amphitheatre

Nearly 4,000 music lovers came together for good music, good times and a good cause at Band Together NC’s annual charity concert on May 12 at Cary’s Booth Amphitheatre. Iconic cosmic rockers The-B-52s, also known as the World’s Greatest Party Band, headlined this year’s event which raised $552,000 for Urban Ministries of Wake County. All proceeds from the May 12 event go to fund Urban Ministry’s Open Door Clinic, which aims to provide physician visits, prescriptions and lab work for many of Wake County’s uninsured residents battling poverty. 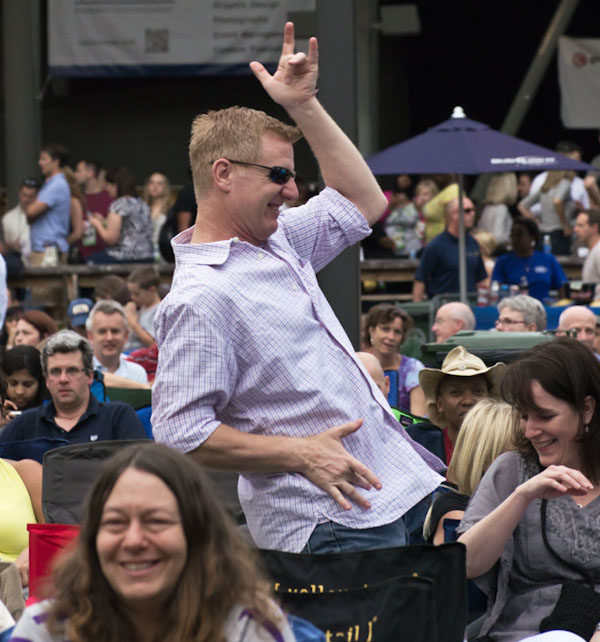 This year marked record highs for the annual event, which featured headliner The B-52s along with regional favorites Southern Culture on the Skids and BIG Something, winner of Band Together’s 2012 Last Band Standing competition. Event highlights from this year included:

The Clinic helps keep people healthy, working and better able to support their families. Their services keep patients out of emergency rooms and costly inpatient stays, which can save the community more than $6 million a year.

“In Band Together’s 10 years, we have been able to raise more than $2 million dollars for Triangle-area nonprofits,” said Matt Strickland, executive director of Band Together. “We are grateful for the generosity of businesses and individuals in the Triangle. Without their support, this year’s record-setting sum would not be possible.” 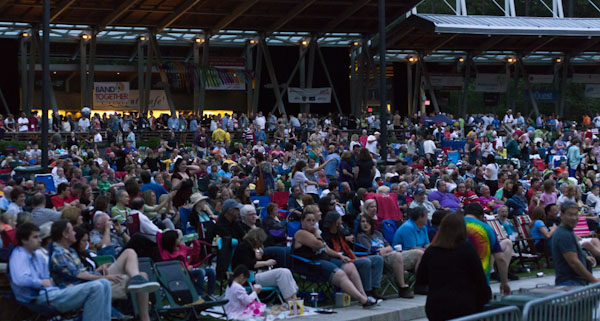 Booth Amphitheatre in Cary may be the perfect place to see a concert. It certainly felt that way on Saturday, with perfect weather and an enthusiastic crowd.

The B-52s played for about an hour and a half, rocking the crowd with a set list of favorites:

The B-52s released their first single in 1978. 34 years later, they still had it for their show in Cary.

Sparkling harmonies, call-and-response vocals and tight, danceable tunes – they put on a great show. It was a big sing-along, with the crowd on its collective feet for the entire show. 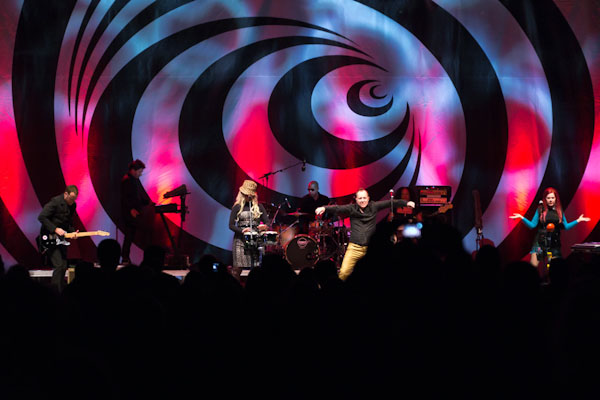 Fred Schneider still fronts the band, strutting and camping across the stage, engaging the audience and effortlessly blending with the smooth harmonies of Kate Pierson and Cindy Wilson. 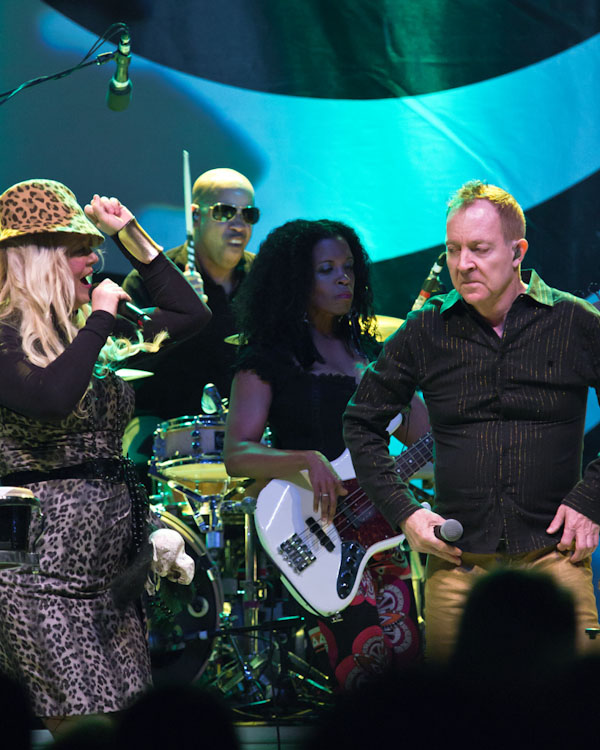 Keith Strickland, originally the drummer, now handles lead guitar for the band, backed by a small combo of bass, drums and keyboards. For a smallish ensemble, they still generate their signature big wall of sound. 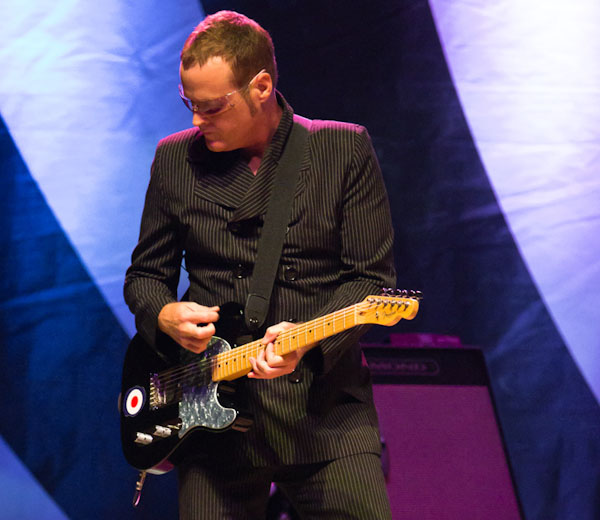 A tongue-in-cheek homage to the Sixties still rings through in the music and the stage show – Kate wore fringe and Cindy sported leopard.

Fred continues to be a force of nature, but Kate’s vocal range and stage presence was the most riveting aspect of the show. Her solos on Roam and 52 Girls fired up the crowd. Her vocalese on Planet Claire and Party Out of Bounds still evokes chills with it’s cosmic inflections. At 64 years of age, Kate is still at her peak as a performer, looking and sounding 20 years younger. Maybe it was the red wig. 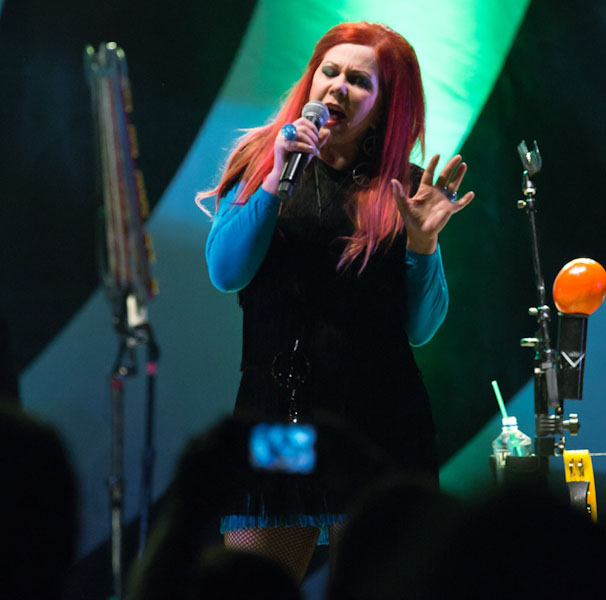 Cindy carried the vocals for one of her signature tunes, Give me Back My Man. Her husky voice still has magic and blends easily with Kate to create the iconic B-52s sound.

Southern Culture on the Skids

Southern Culture on the Skids warmed up for the B-52s, playing a long set of their ironic southern rock.

They were a good match for the B-52s, sharing Southerness, humor and songs rooted in strong hooks.

Warm-up bands have a hard task, but the crowd at Booth contained a large contingent of SCOTS fans. 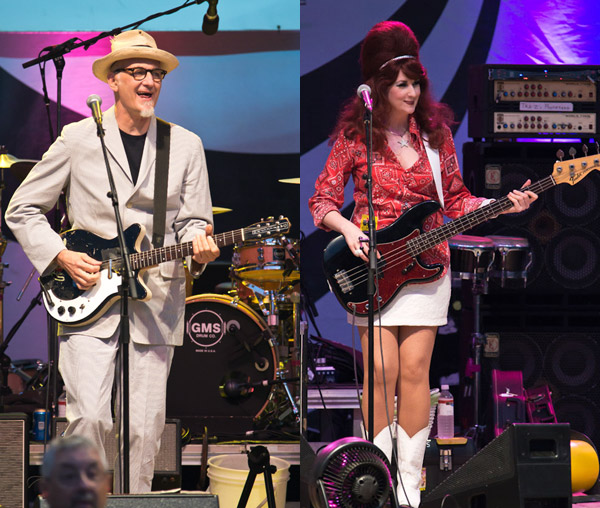 The first band on stage was BIG Something, winner of the Band Together talent contest. 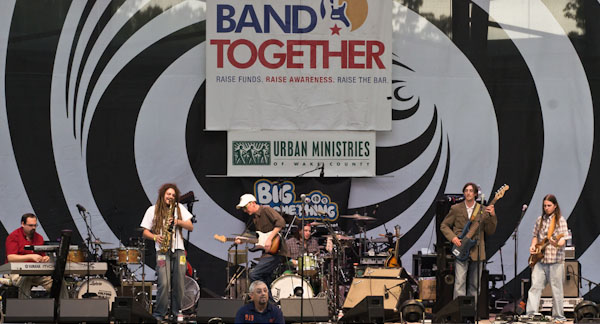 Their eclectic funk-rock reminded me of The Dave Matthews Band. Although they were an unknown act to most of the crowd, their performance drew an enthusiastic response and a big ovation when their set was over.

Faces in the Crowd

Half of the fun at Booth Amphitheatre is the crowd. All photos by Brooke Meyer. 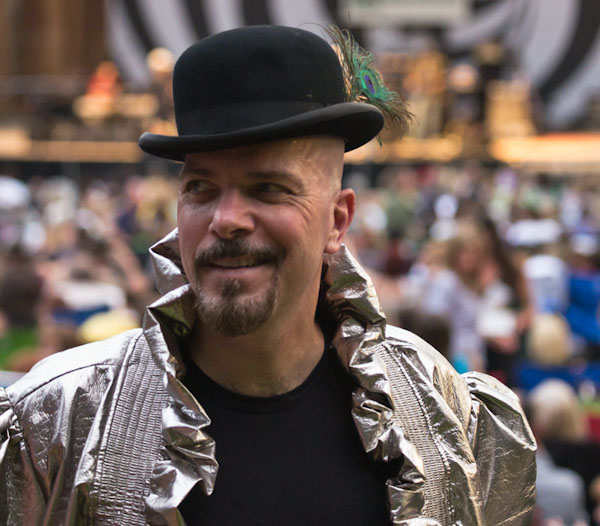 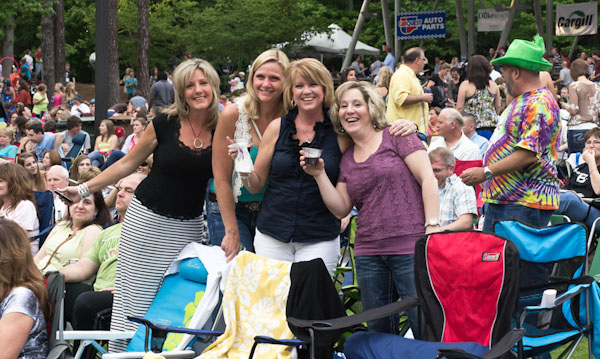 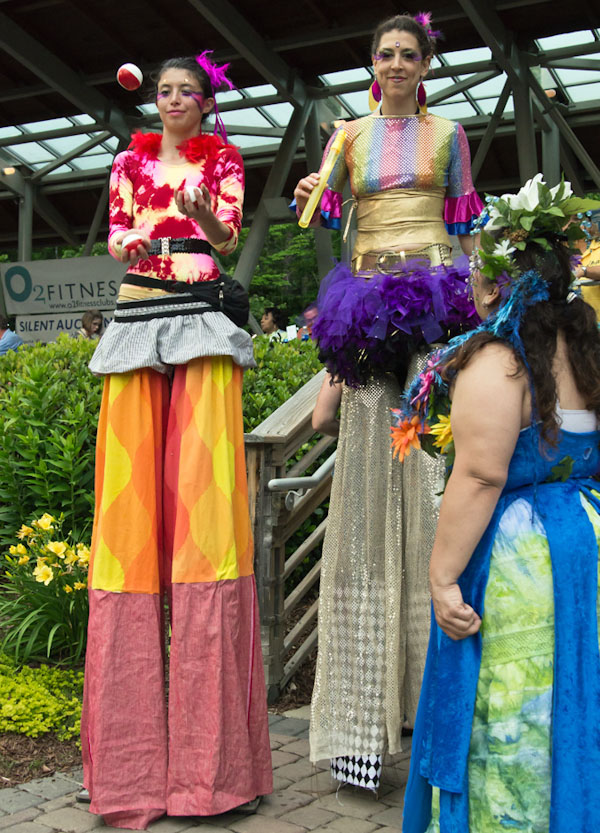 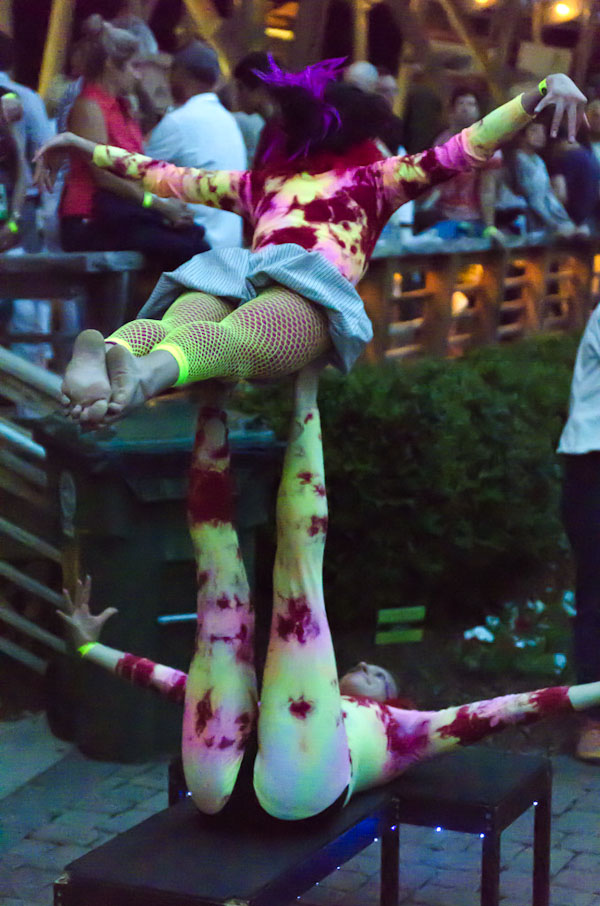 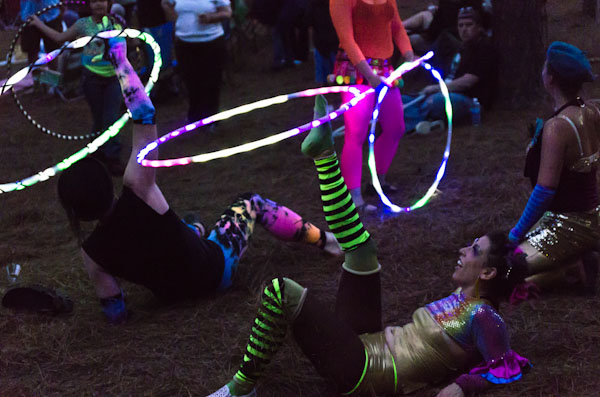 Music coverage on CaryCitizen is sponsored in part by Booth Amphitheatre.

Technology Video: Controlling a Robot with Your Thoughts