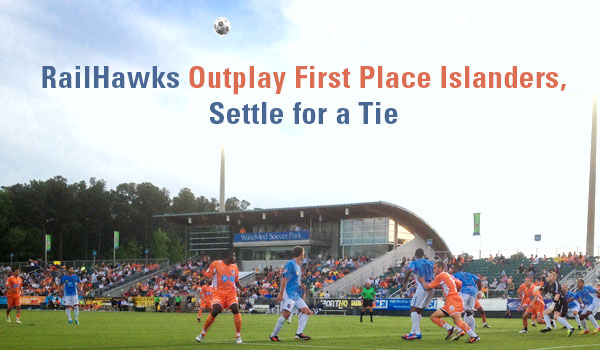 Cary, NC – A Carolina Railhawks (0-5-4) full house hosted the first place Puerto Rico Islanders (5-2-1) Saturday night. It was not easy to tell who the NASL’s number one team was.

In the end, the RailHawks left WakeMed Soccer Park with yet another tie. The crowd was vocal with rival fans representing both teams making lots of noise.

The RailHawks were beaten in Bayamón, Puerto Rico at Juan Ramón Loubriel Stadium by a score of 3-1 on April 21.

This time the RailHawks dominated. The line-up got a shake-up in this game with midfielder Austin Da Luz from Wake Forest starting for the first time. Midfielder Breiner Ortiz from Columbia started for the first time this season as well.

The RailHawks had four corner kicks in the first 10 minutes – in the 9th minute, the Railhawks’ Cary native Zack Schilawski almost scored off a corner kick.

While most of the play early in the first half was in the Islander’s end, in the 13th minute, RailHawks GK Ray Burse was forced to make a spectacular save on a push-ahead pass to the small, but speedy Islanders’ forward line. 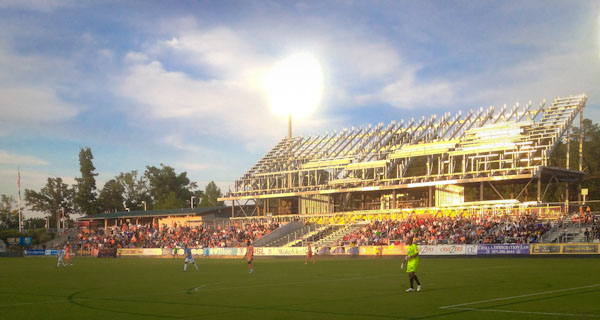 A pesky Jonathan Faña was to have several near misses like this throughout the game.

David Foley in the 34th minute was given a free kick near the left corner flag. Needham headed it to Jonathan Faña who chested it in giving the Islanders a 1-0 lead.

The RailHawks played well in an exciting second half to the delight of the crowd.

Nick Zimmerman made a spectacular over the head kick to assist on a Shriver volley kick for a goal in the 49th minute.

Zimmerman, Schilawski and Da Luz made several standout plays in the second half. 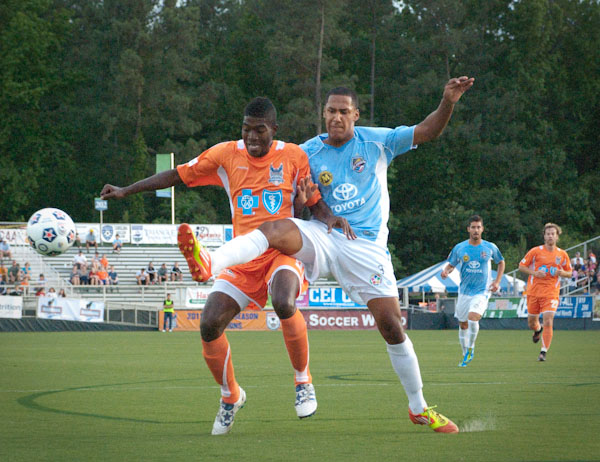 In the 77th minute Ackley just missed what would have been the go-ahead goal with a header that went wide right.

A Visit from the Galaxy?

The RailHawks have a special match on Tuesday, May 22nd to face PSA Elite at 7:00 PM ET for the Second Round of the U.S. Open Cup.

With a victory on Tuesday, the RailHawks will host reigning MLS Champions, L.A. Galaxy on May 29th at 7:00 PM in the Third Round of the competition.

Tickets for the Tuesday match can be purchased online at www.CarolinaRailHawks.com or by calling the Box Office at 919-459-8144.