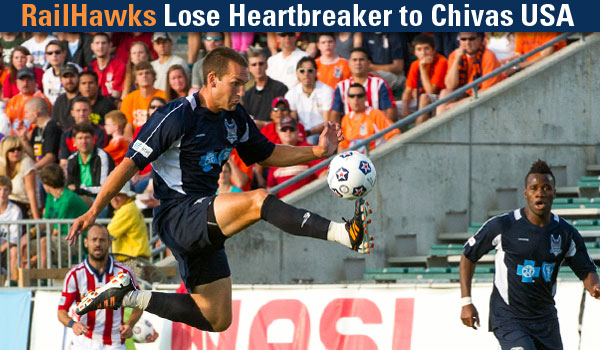 Cary, NC – The Carolina RailHawks lost in the 4th Round of the Lamar Hunt U.S. Open Cup to MLS’ Chivas USA 2-1 in a bizarre finish on Tuesday.

It was a beautiful evening at a packed WakeMed Soccer Park, with a cool breeze and partly cloudy skies. The ending was not so pretty.

Here’s the thing. I hate penalty kicks, also known as PKs. A lot. Far be it from me to criticize the world’s most popular sport. But I will. I don’t like PKs when they decide the outcome of a game after OT is played. Penalty kicks are NOT the game of soccer. If anything, play the GAME longer.

In the case of Tuesday night’s game, it was not a series of PKs that determined the outcome but a single kick.

It was one minute into extra time after 90 minutes had been played. Regulation time was about over. The RailHawks had been dominating play for the last 30 minutes of the game. The ball ends up in Carolina’s box. Two players are going for the ball. They fall. RailHawks Gale Agbossoumonde hits the ball with his arm while he is on the ground. I am not sure if it was inadvertent or not. He sure as heck wasn’t stopping a shot or anything. CUSA Juan Pablo Angel scored on the gift penalty kick in extra time.  Chivas wins to advance in the Cup.

Here’s my beef. In this game there were 22 shots in regular play and 2 goals. That means a team in this game scores 9% of the time when shooting toward the goal.

Penalty kicks end up in a score about 75% of the time. Roughly, give or take 5%. Just trust me. The point is that the difference in the odds of scoring in regular play versus scoring on a penalty kick is vast. The penance you pay for an inadvertent act that was not even preventing a goal is too extreme.

In the beginning of the game, Carolina’s best chance came in the 6th minute as Nick Zimmerman had a breakaway missing the goal’s upper right corner by inches. Up until then CUSA was dominating play, slightly.

Momentum shifted after Zimmerman’s shot and the next several minutes were the RailHawks’. There were several breakthrough plays putting Zack Schilawski and Brian Shriver in position to score. The passes were just a little too far ahead of the streaking forwards.

In the 19th minute the RailHawks spent what seemed like several minutes trying to set the table with 7 or 8 passes culminating in a Corey Elenio low shot trickling just past the left post.

Chivas carried the play from the 25th minute on until they scored on a ball that skimmed off the top of Juan Agudelo’s head into the goal with an assist from Laurent Courtoisor. The ball changed direction so radically that Railhawks goalkeeper Ray Burse never moved.

The last 5 minutes of the first period were owned by the Hawks but fruitless. Often it seemed like Carolina just made one too many passes.  Regardless, the RailHawk faithful felt confident going into the second half.

In the 50th minute with the RailHawks taking it to Chivas, a great Shriver to Schiwalski pass ended in a nice shot on goal by number 22 with a memorable save made by Chivas GK Timothy Melia.

In the 59th minute a fast break by Schiwalski ended in a terrific collision between he and Melia. In minute 62, there was another breakaway. This time it was Austin Ortiz streaking toward the goal, but he chose not to shoot and passed to Shriver ending up in a broken play. In the 65th minute a corner kick resulted in a header from midfielder Amir Lowery going wide. And in the 71st minute Shriver crossed the ball to Schiwalski and his near perfect header hit the crossbar.

Then Mike Palacio scored for Carolina. He had been on the field for a minute. And as is often the case, the reason for the goal is lost forever and doesn’t exist in a box score anywhere. Thirty seconds earlier Schiwalski had stolen the ball from a CUSA player trying to clear the defensive zone.

Ray Burse made a couple fantastic saves as regular time expired. 1-1. A tie.

It looked like OT was in order until the unspeakable happened. A handball in the box in “extra time” and a free kick from 12 yards out. You know the rest. Ugh.

The RailHawks are home again for their next regular season game versus Minnesota Stars FC on Saturday June 9 at 7 PM. See you there!

All pictures from RailHawks vs Chivas USA by Tom Mousseau. 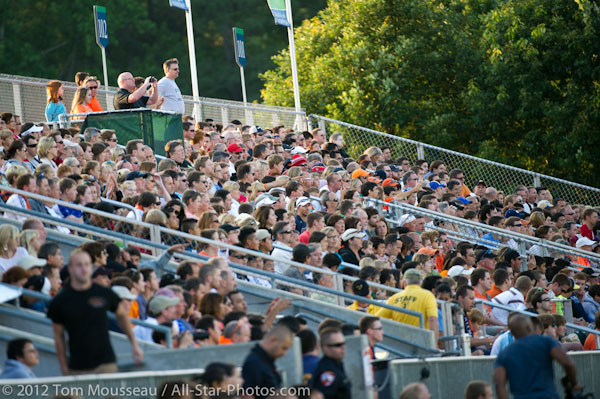 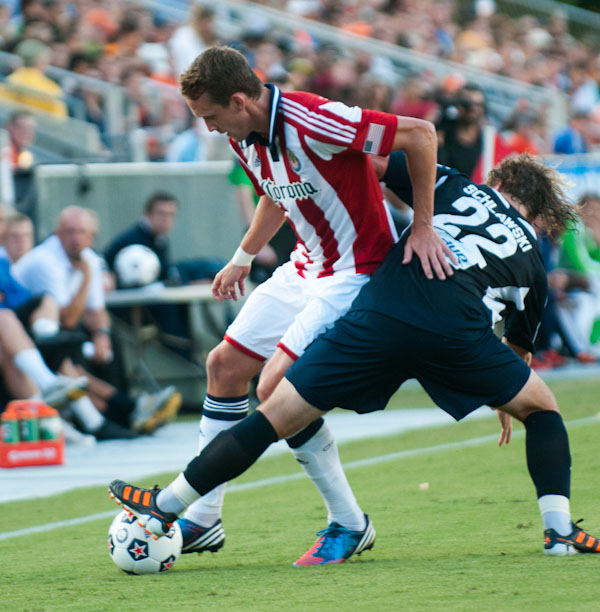 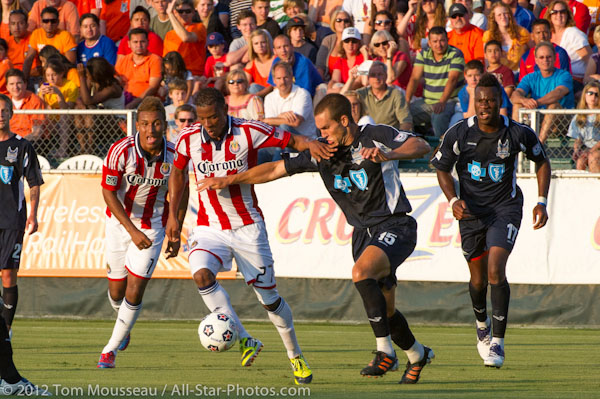 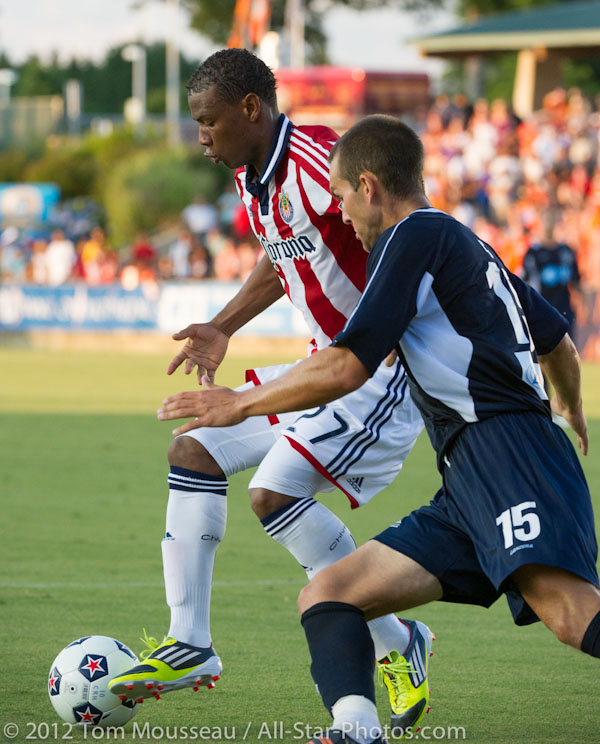 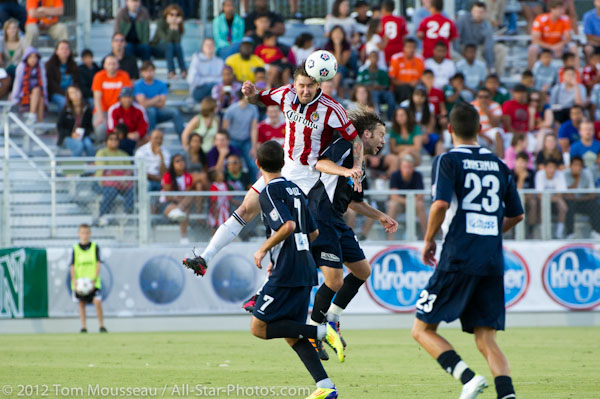 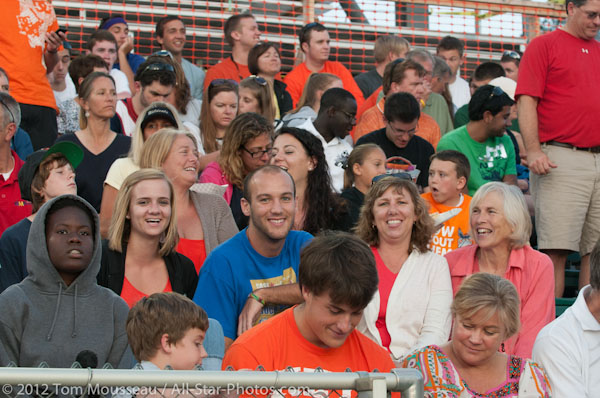 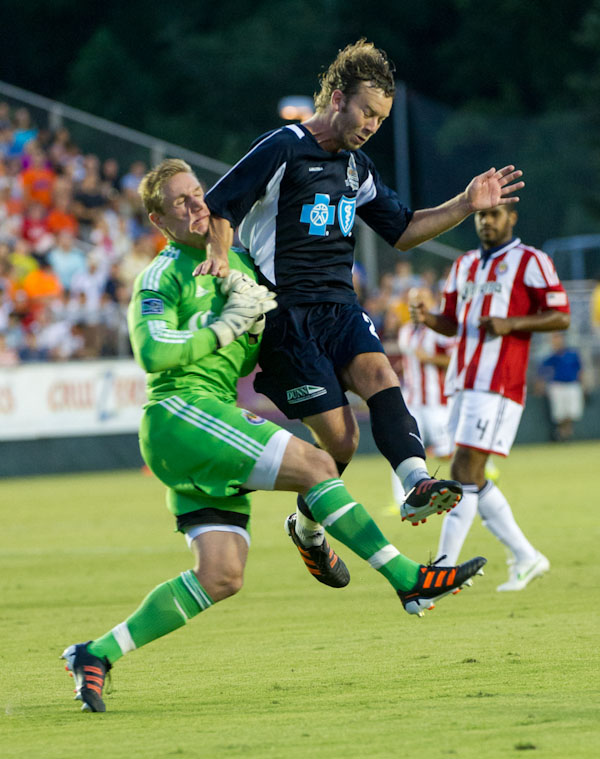 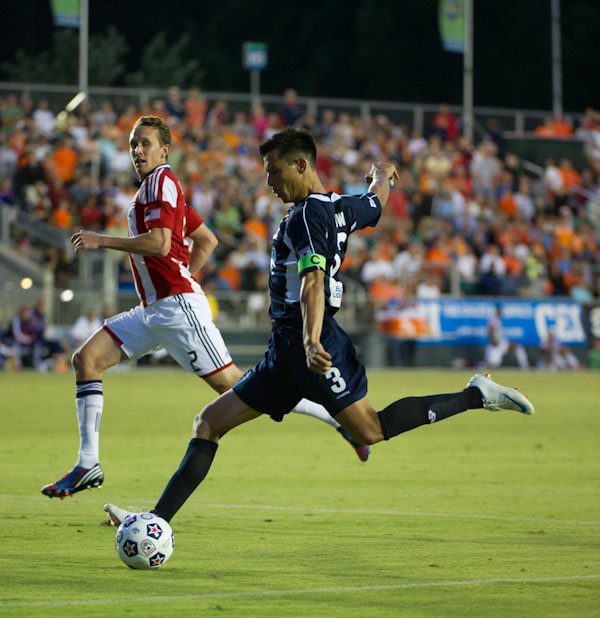 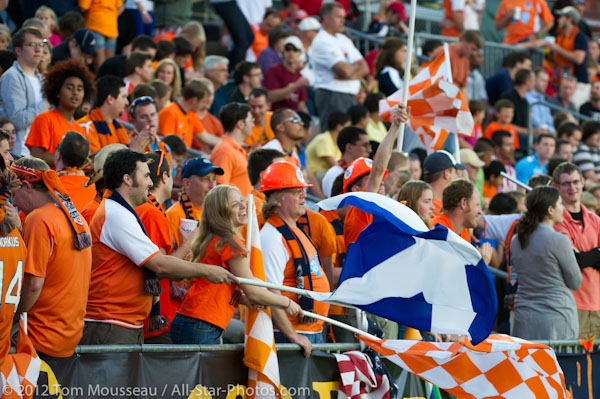 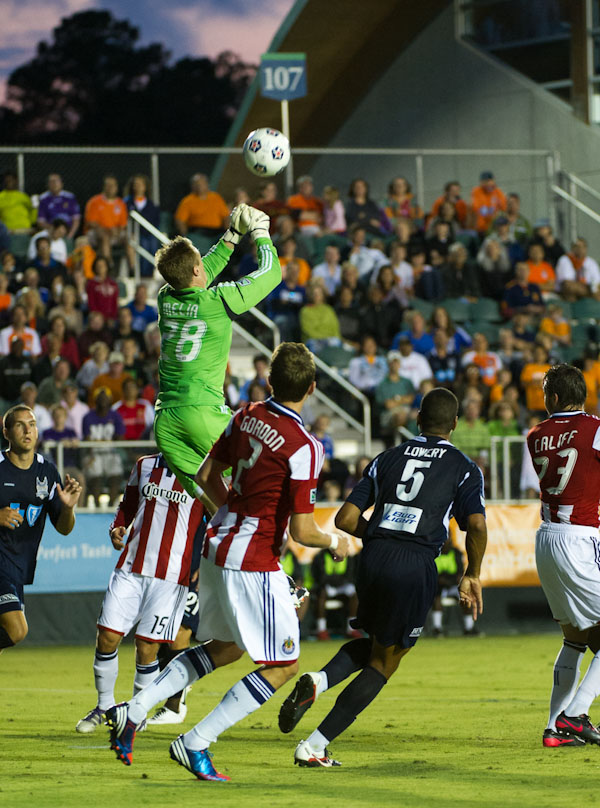 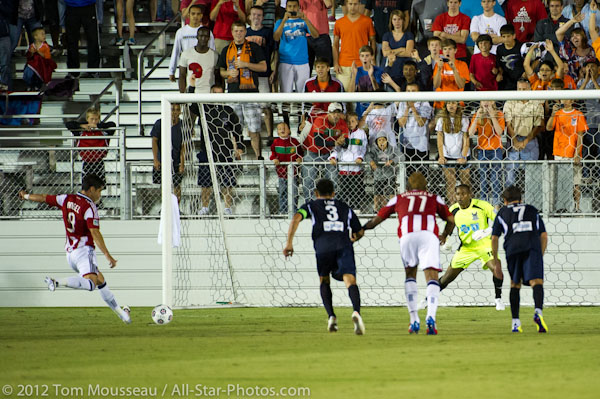 Together on Center Stage Shows Us The Real ME