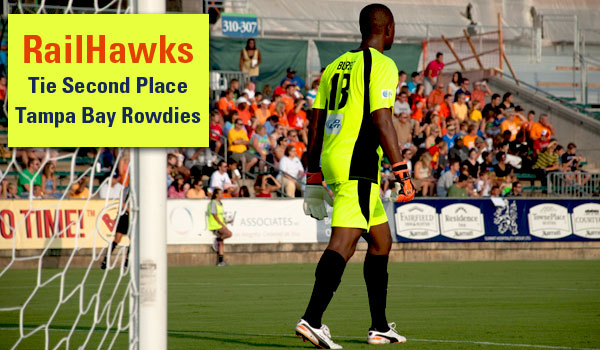 Team scoring leader Nick Zimmerman put two in the net for the ‘Hawks. Jason Garey got his second of the year for Carolina.

Scoring for the Rowdies were Luke Mulholland, Shane Hill, and Takuya Yamada. 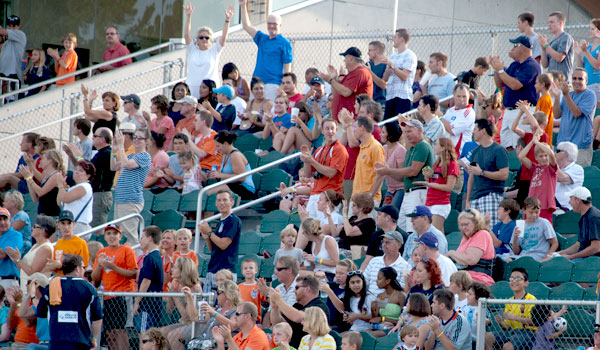 Tampa Bay scored first on Hill’s great shot in the 17th minute. Carolina’s Zimmerman headed in the tying goal in the 43rd minute on a cross from Kupono Low.

Zimmerman scored again early in the second half on a pass from Garey.

Minutes later, Garey made it 3-1. Then Tampa Bay’s Mulholland scored in the 86th minute.

Shortly after, with a 3-2 lead, GK Ray Bourse was called on to successfully stop Rowdie Ambersley’s penalty kick after a hand ball.

It looked like the RailHawks were going to win this one.

To the home team’s fans disappointment, Tampa Bay’s Yamada scored to tie the game in extra time off of a corner kick.

Next Saturday, the RailHawks will be in Fort Lauderdale to face the Strikers on Saturday. As usual CarolinaRailHawks.com/live will carry the game for RailHawks fans.

The next game here in Cary will be on Saturday, August 18th against FC Edmonton at 7:00PM at WakeMed Soccer Park. Tickets for the match can be found at CarolinaRailHawks.com. 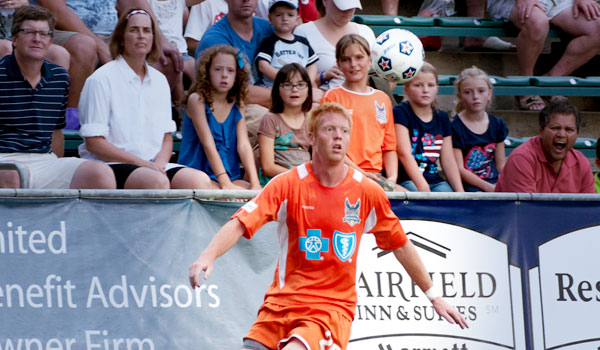