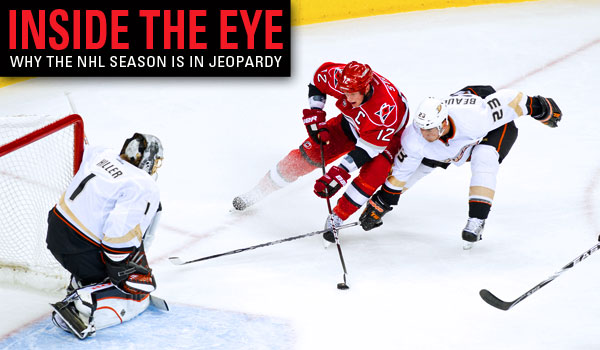 Cary-lina, NC – The NHL, which means the collective group of owners and the office of the NHL, and the Players Union are in the midst of talks for a new Collective Bargaining Agreement (CBA) agreement. The current one expires on September 15th.  Will there be hockey this year?

As with most management-union negotiations, this is mainly over money.  Currently the players get 57% of all revenue and not one player is complaining about their salary.  The minimum is $525,000 and there actually is a maximum a player can make but it’s tied to a complicated formula.

Fact is most teams are still losing money.  The major markets make money even if they have poor teams: Toronto and Montreal, but they’re obviously in hockey hotbeds and have great fan support.

The NHL could have a “strong survive” approach but that could quickly get the league back to the original handful of teams.  No one wants that – most of all – the fans. Owners may be wealthy but not one made their money on losing ventures.  The notion they need the tax write off is ridiculous.  Paying taxes on a $5 million profit is far more appealing than losing $20 million.

The owners have offered up something like a reduction to 46% but based on another complicated formula, could shrink to 43%. I can’t imagine the large market teams fighting too hard on what the players want but clearly something has to give.  Salaries are up well beyond what was predicted when the current CBA was put into effect.  Just take a look at what the Canes are paying many players.  My guess is there will be some type of complicated formula (Commissioner Gary Bettman is a lawyer and has some great accountants working for the NHL) that will have some announced roll back to the salary cap.  Another option is revenue sharing.

How About Those Canes?

The Canes have to be excited about the upcoming season.  I still think there will be another player move before the season starts.   The top 2 forward lines are very solid.  The third line has great potential and there’s a fight for fourth line positions.  Defense needs help.  Cam Ward was left out to dry too often the last 2 years.  He needs another big shut-down type defenseman in front of him.  If you look at the analysis of what type and where goals were scored on Ward, there were too many that were close in, meaning clearing out the opposing offense was lacking.  Ugly goals count the same as pretty goals.  The Canes need to cut down on ugly goals-against, although they do have a player that has made a career of scoring ugly goals.

Hopefully come playoff time, we’ll be saying that phrase that became so popular back in 2006:  How about those Canes?

If anyone checks You Tube for Top Passing Plays in the NHL in 2012, the Canes were on the highlights twice.  Very impressive plays and worth the look.