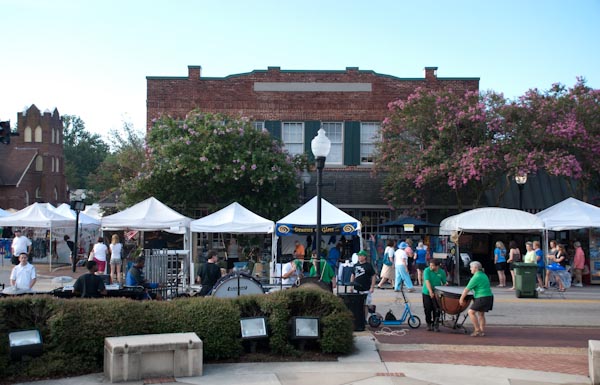 Cary, NC – I got to Lazy Daze early, around 8:15 on Saturday morning. Here are a few pictures as Cary’s most iconic festival booted up.

The day started out with some sun underneath low clouds. 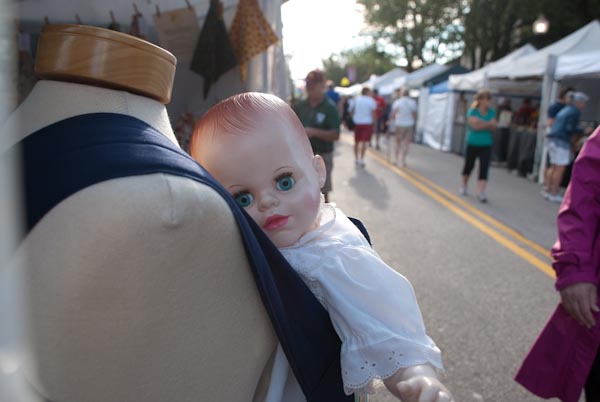 A few people wandered the streets before the official start of the festival. The air was somewhat cool for mid-August in Cary, NC. 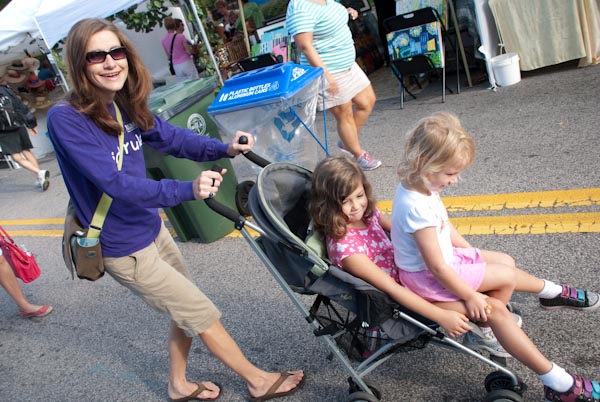 I talked with a few friends at the corner of Chatham and Academy. The high school bands and color guards got ready to perform. 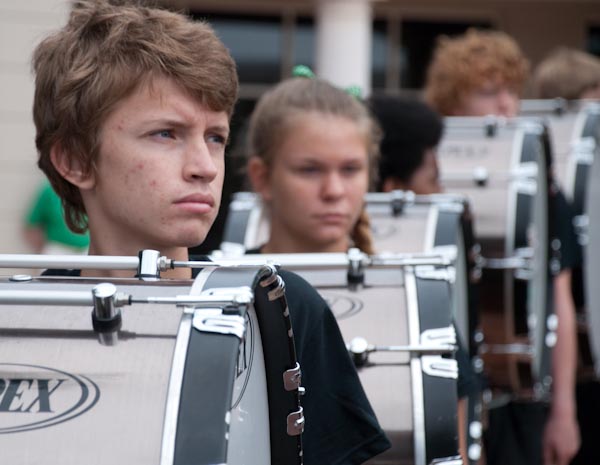 The street started to fill. John Webster, the Town Crier, climbed on top of a platform in the middle of the street. 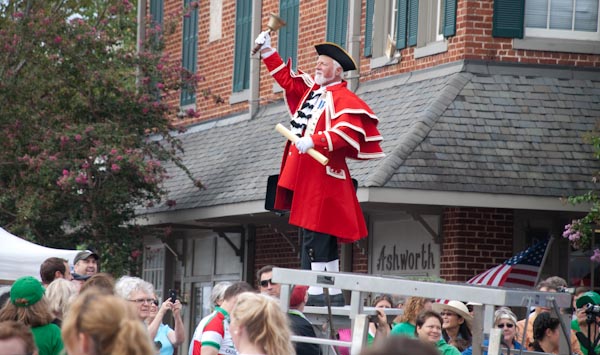 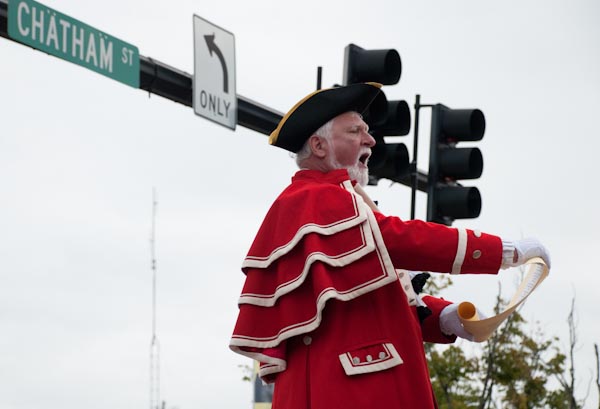 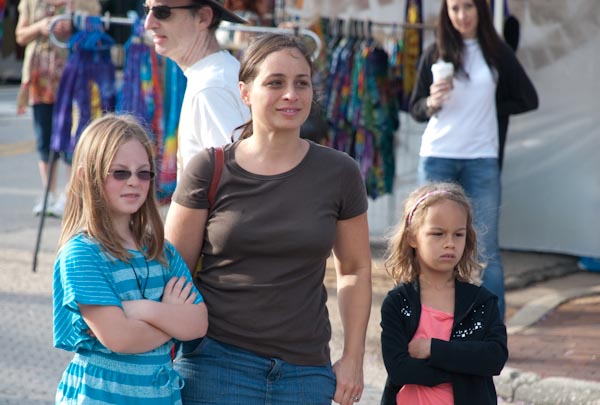 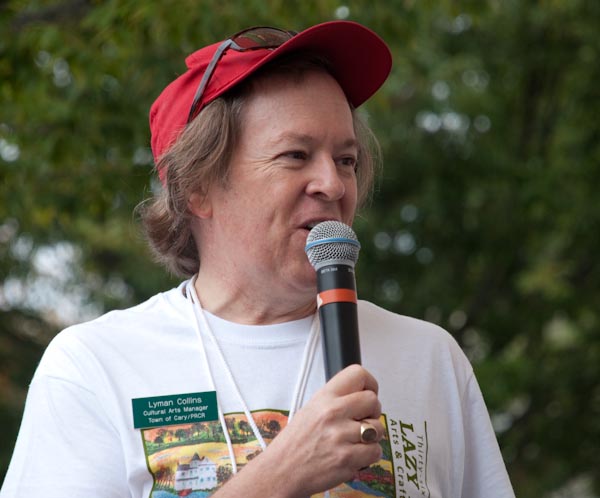 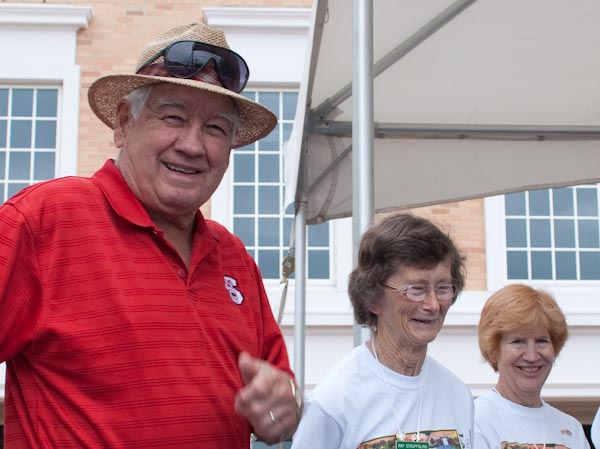 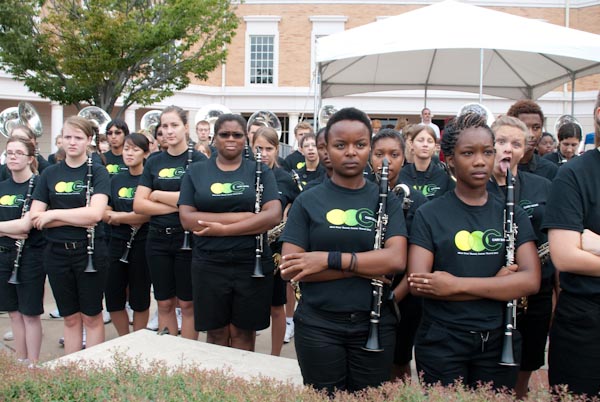 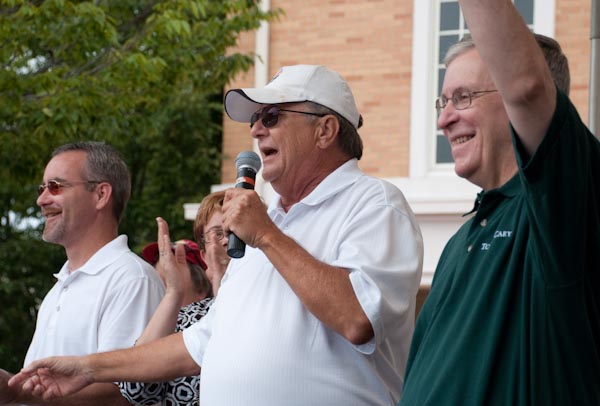 The clouds came between the sun and the street as Lyman wrapped it up. 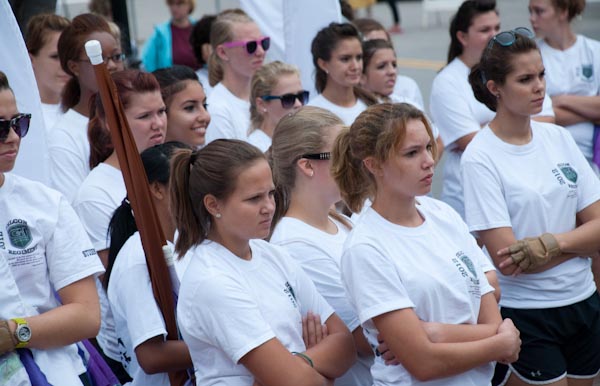 John Webster took another bow for the crowd. 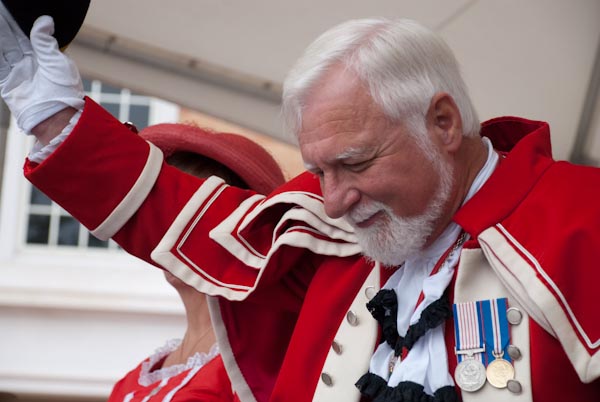 The scene moved from the stage to the street. 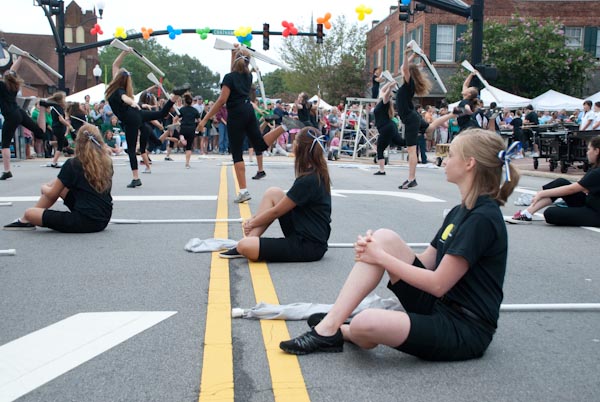 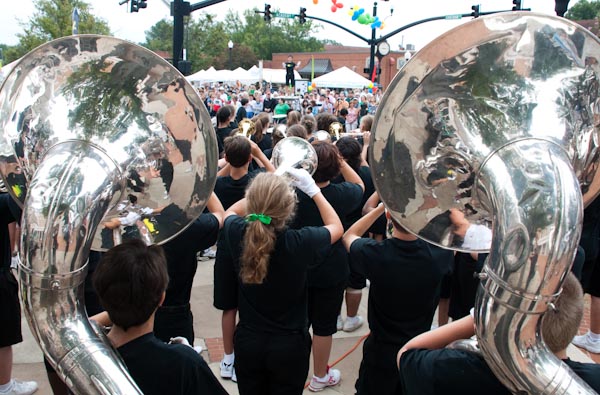 I took a stroll up Academy toward Cary Arts Center. 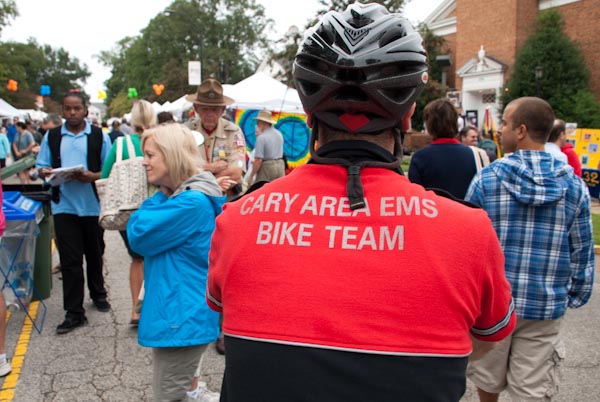 The chainsaw sculptor was carving bears. 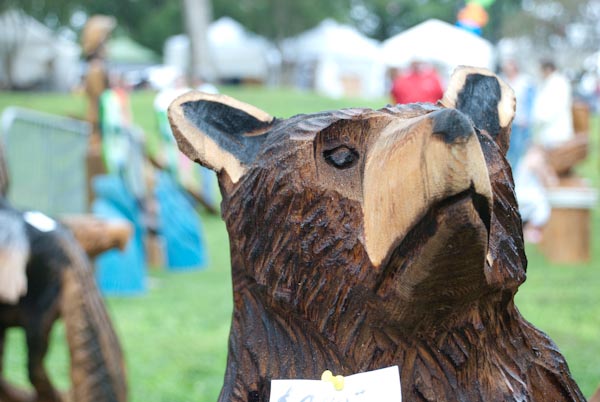 By the time I got to CAC and looked back toward the center of town, what had been a few hundred people had turned into 10,000. 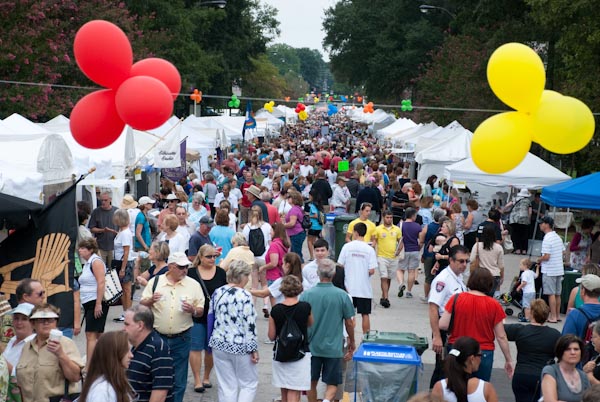 In Lazy Daze 2012, Part 2, Brooke Meyer shares some photos from later in the day.