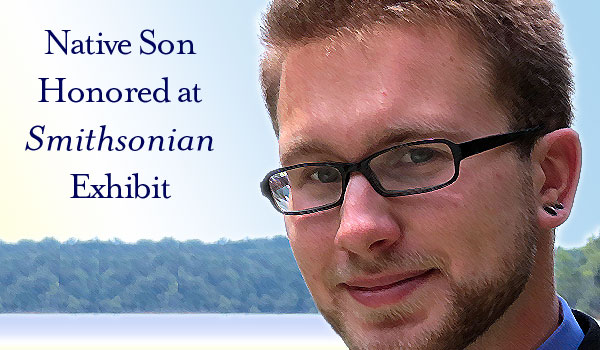 Cary, NC – We love the Kramden Institiute, those folks just across the town line in Durham who have refurbished 11,000 computers and given them to underprivileged students. Now, work by Kramden co-founder Ned Dibner, 23, has been chosen for a most unusual art exhibit at the Smithsonian Institute.

Ned recently graduated from Elon University with an unusual major: a BA in Art with specialization in fine woodworking.

Ned was diagnosed in his youth with dyslexia, and his Senior Thesis project at Elon was a series of wooden puzzle boxes of his own design, which on three different levels were a metaphor for dyslexia and learning disabilities.

Following graduation in May, one of Ned’s professors made him aware of a national juried art exhibition to be held for four months starting in September.  The competition was for emerging artists, aged 16-25, who had a disability. Sponsored by Volkswagen Group of America and VSA, the international organization on arts and disability and an affiliate of the John F. Kennedy Center of the Performing Arts in Washington, DC.  Ned worked on a submission of four of his boxes during May and June, and was recently informed that he was one of the 15 young artists selected for this juried show. 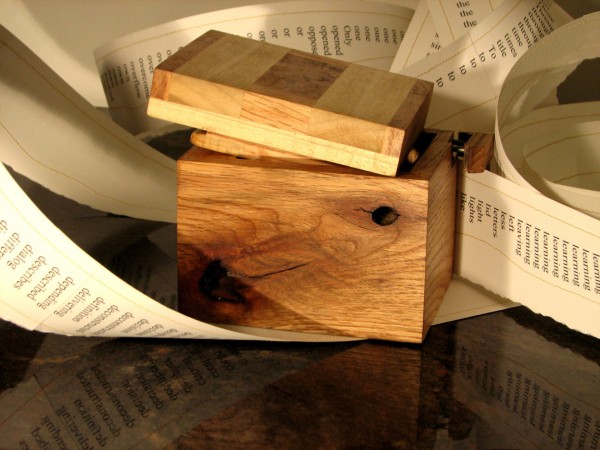 Ned created metaphors for dyslexia were on three levels

The Smithsonian Institution exhibit at the S. Dillon Ripley Center opened on September 11 and will be on display for four months through Jan 12, 2013.

Giving Back to Kramden

Ned, who wishes to build a career in artistic woodworking, has just begun a position at Eidolon Designs of Raleigh, NC.  He has pledged a portion of his award funds from this exhibition to Kramden Institute. The Kramden Institute is a local 501 (c) 3 that has donated over 11,000 computers to underprivileged youth across the state of North Carolina.

Money Matters: What’s Up With Your Social Security

All About Bullies, Bystanders, & Targets
Scroll to top