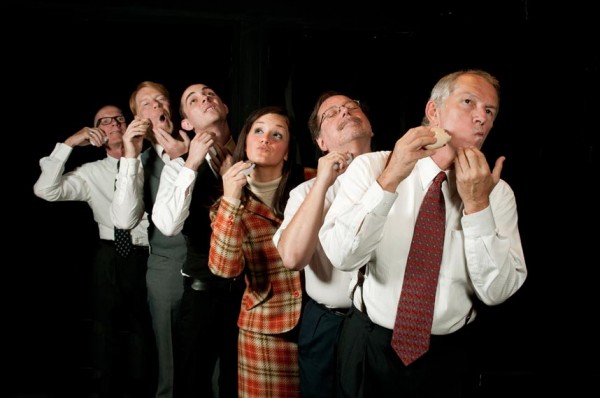 Cary, NC – Cary Players opens its 11th season with Frank Loesser’s Tony Award-winning musical How to Succeed in Business Without Really Trying this Friday at the Cary Arts Center

How to Succeed in Business Without Really Trying

Nancy Rich directs this crowd-pleasing comedy which runs across two weekends (Sept 28-30 and October 4-6).  Ms. Rich notes,  “How To Succeed is a look-back to one of my favorite times in recent American history,  the early 1960’s. I just adore mid-century modern design, the TV show Mad Men, and the crazy, wacky sensibility of the 1960’s romantic comedies. “

Music Director Harrison Fisher is focusing on the musical stylings of the original Broadway arrangements. The songs are exceedingly clever, with titles like Happy to Keep His Dinner Warm and A Secretary is Not a Toy.  Rich adds, “Full-cast numbers like Brotherhood of Man, with a stage full of dancing men – that will blow your socks off!”

Jon Deitz has once again worked his magic with set design that takes full advantage of the impressive Cary Arts Center Fly-Tower.

The plot is classic comedy.  With the aid of a trusty self-help book, How to Succeed in Business, wily window washer J. Pierpont Finch (played by Kevin Roberge) enjoys a riotous rise up the corporate ladder. Will Finch’s unorthodox business practices at the World-Wide Wicket Company get him in hot water with the head honcho J.B. Biggley, (played by Jim Burnette) and jeopardize his romance with Secretary Rosemary Pilkington (played by Sarah Winter)?

How to Succeed in Business Without Really Trying
Cary Players