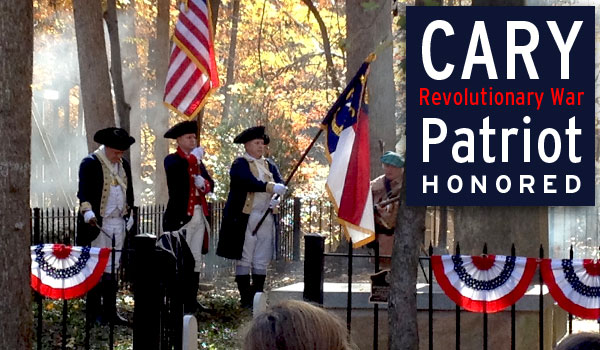 Cary, NC – Muskets were fired in Cary on Saturday as the Daughters of The American Revolution officially honored Nathaniel Jones. The Wake County patriot is buried in White Plains Cemetery, tucked between some houses in the Maynard Oaks subdivision.

The Revolutionary Burial Ground in the Cary Subdivision

The sky was Carolina blue and the crowd gathered at the end of a typical subdivision cul de sac. But on this street lies one of the oldest burial grounds in Cary.

Over 200 years ago, the site belonged to one of the area’s most famous landowners, Nathaniel Jones.  Jones once owned over 100,000 acres, much in present day Cary, as well as other acreage donated to become the State Capital and the Governor’s Mansion. 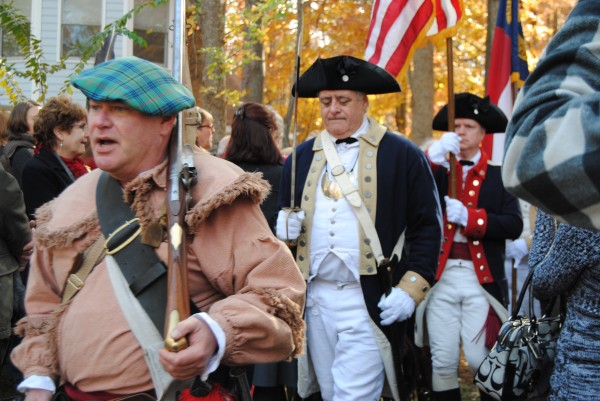 Nathaniel Jones lived here before it was called Cary and fought during the Revolutionary War.

Upon his death, his will released his cotton plantation slaves, because he wanted to die with a clear conscience and could not do so without following the Golden Rule, that of doing onto others as you would have them do unto you. 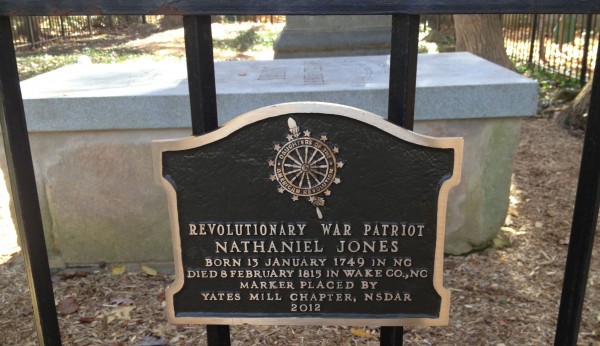 The Yates Mill DAR organization along with the Town of Cary and the Friends of Page Walker Hotel organized the placement of a plaque honoring Jones.

Having been married twice and fathering sixteen children, Jones has a great many living descendents, several of whom attended. 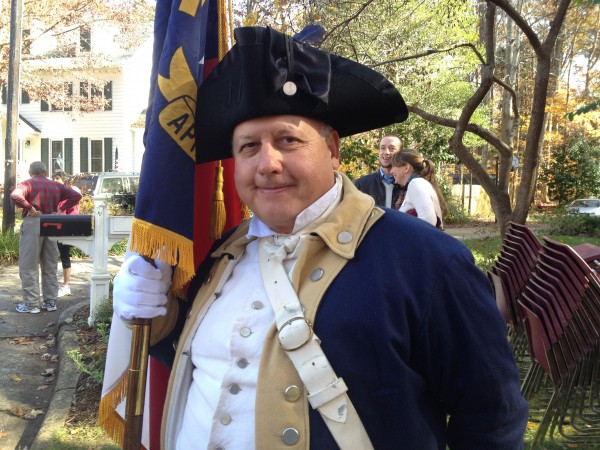