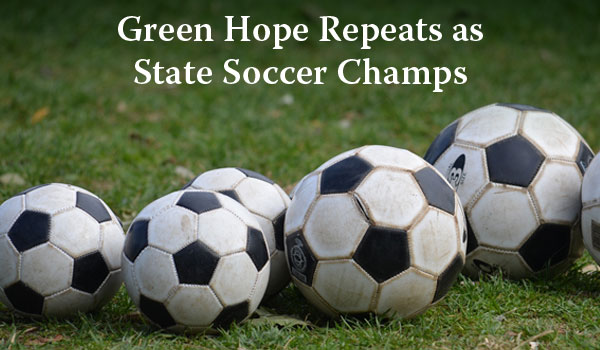 The final score was 2-0, with both goals scored in the last 14 minutes of play. Goalkeeper Sam Bissette was named MVP. Bissette made 6 saves, including “a couple of the spectacular variety,” according to HighSchoolLot.com.

Green Hope faced an uphill battle this year, with a new coach and many graduated seniors from the 2011 Championship team.

Fire Sculpture All It’s Cracked Up to Be?