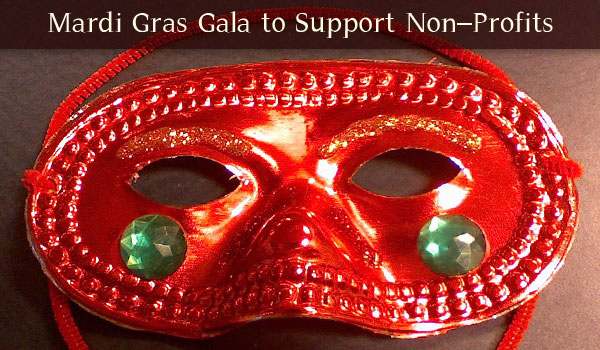 Morrisville, NC – Have you got your beads? Ordered your king cake? No? Then head over to the Mardi Gras Gala this Saturday presented by the Morrisville Community Fund .

The Board of Directors of the Morrisville Community Fund is hosting a Mardi Gras Gala on Saturday, February 9, at 7 p.m. at Perimeter Studio & Conference Center in Morrisville. Live music from the Rhonda Robichaux Band will be featured, along with a silent auction and food from local restaurants.

Proceeds from the event will go to the Morrisville Community Fund, which supports nonprofit organizations serving Morrisville residents through an annual grants process.  Past grant recipients include: the Cary Family YMCA for its summer camp program for Morrisville youth; the Kramden Institute for computers for low-income Morrisville youth; and Morrisville CERT for emergency preparedness equipment.

2012 First Grants Given in Morrisville

The Morrisville Community Fund is a fund of the North Carolina Community Foundation (NCCF). The Morrisville fund was started in 2011 and last year made its first grants. The Foundation is chaired by former Morrisville Mayor, Jan Faulkner and other board members include Town Councilwoman Liz Johnson who heads up events.

“We are excited to offer this fun event to the people of Morrisville. We all know the importance of supporting our non-profits and their work. We’re proud to give grants that enrich the lives of our families and citizens, and we hope that everyone will buy a ticket or make a donation to our fund so we can continue to give more and larger grants to deserving local non-profits,” Liz Johnson, Events Committee Chair said.

NCCF Has Given Nearly $68 Million

The NCCF is the single statewide community foundation serving North Carolina and has made nearly $68 million in grants since its inception in 1988.

With more than $156 million in assets, the NCCF sustains over 1,000 funds and endowments established to provide long-term support of a broad range of community needs, nonprofit organizations, institutions and scholarships.

The NCCF partners with 60 affiliate foundations to provide local resource allocation and community assistance in 67 counties across the state.

Tickets are available for $35 through any of the Board members.  Tickets can also be purchased online through the North Carolina Community Foundation website. Call Jeanne Lawson at 919-256-6914 for details.

Former GH Standout is Div II Player of the Week