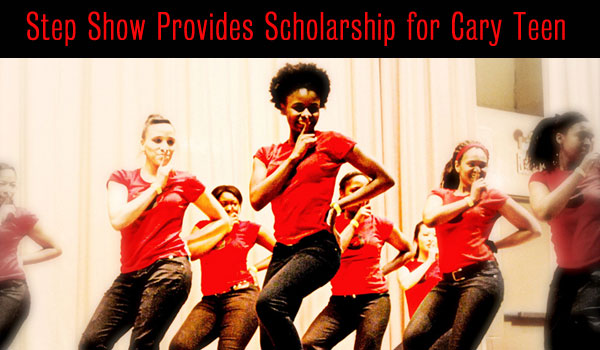 Cary, NC – The Sigma Rho Zeta chapter of Zeta Phi Beta Sorority, Inc, a Cary-based sorority, is looking for area step-dancing teams to compete in their annual showcase on March 16th. Money from the event goes towards awarding a scholarship to a graduating Cary resident.

The 8th Triangle Youth Step-Off will take place at Sanderson High School’s auditorium on March 16th.   This youth showcase is inspired by the traditional African-American Greek step shows.  The showcase is designed to encourage creativity, education, and healthy competition.

Teams from area schools, churches and community organizations are all eligible to compete.    This year, up to 8 teams will represent  Raleigh, Durham, Cary and surrounding areas.

The first Step-Off, held in 2004 drew a crowd of over 500 attendees.  Over the years the event has grown, awarding local teams the honor of Step-Off Champions.  This year’s winning team will join the roster of the area’s most talented step teams.  Previous winners include Dillard Middle School, Fuquay’s Finest, Little Betas, Blue Dynasty Community Center, and Victorious Praise Step team.  The first, second and third place teams will win a cash prize and trophy.

“When I initially came up with the idea for the chapter to host the event, the premise was to provide local youth teams with a public outlet to display their amazing talents.  The goal was to be inclusive of school, church, recreational and community center teams.  The event has grown with each passing year and it is indeed a pleasure to witness the creativity and originality of all the teams that participate” Angela Brown, the event’s founding chairwoman.

The chapter consists of twenty-six women that share interests in scholarship, service, sisterly love, and finer womanhood.  This program brings the national ZHOPE program locally where members help others through programming to support educational, health and wellness initiatives. This program is a fund-raiser that supports the sorority’s mission to promote scholarship, and they award money to a deserving Cary senior with a portion of the proceeds.

This year’s Step-Off is expected to sell out the 800 seat capacity of Sanderson High School’s auditorium.  For more information about registering your step team to compete or purchasing event tickets visit their website.   The deadline for registration is February 15, 2013.

Wines To Make Valentine’s Special in Cary
Scroll to top