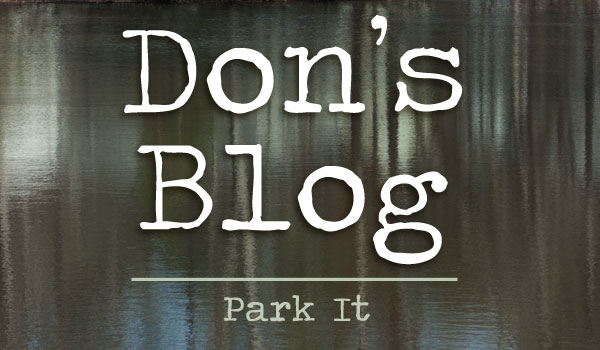 Story and pictures from the blog of Don Frantz,  Cary Town Council Member for District B . Lead photo by Hal Goodtree.

The downtown park site is the property surrounded by Academy, Park, Walker and Walnut Streets and totals nearly 14 acres. Two historic home sites also occupy this property, and the Mayton Inn Hotel project will be located on the park site as well at the corner of Park and Academy Street. This leaves about 10 ½ acres for development of a town center park.

Here are a couple of examples of past plans. 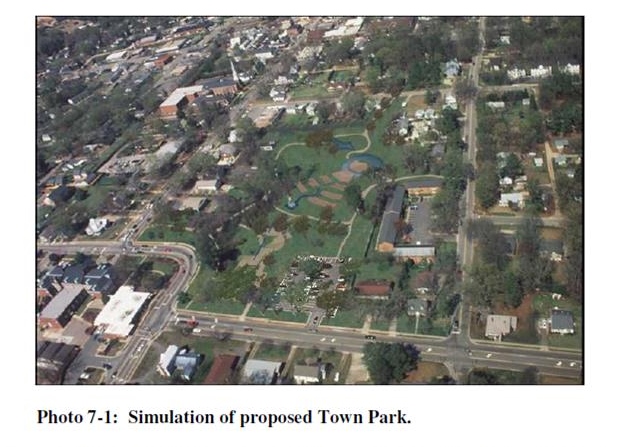 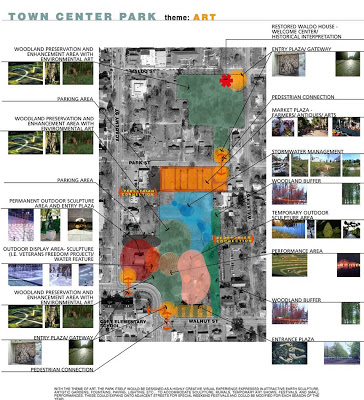 The town has now assembled nearly all the property necessary for the development of the town center park, and you the voters approved the Parks and Rec bond this past fall providing an additional $2 million in funding for park design and construction.

So we’re finally ready to build the park right?

Cary’s Downtown Development Manager, Ed Gawf wanted to “take one last look” at the park site, or “opportunity site” as he calls it. Eight urban planners, landscape architects, developers and the like were brought in from out of town for a “charette”. A charette is a fancy word for a group of folks coming together to plan or design. They were in town for two days to brainstorm ideas.

What they came up with resembled nothing like the previous park plans.

The “charette team’s” suggestion is a measly 3-4 acre urban park surrounded by development on all four sides of the park site. There would be 4-5 entrances into the park in between buildings and no town square. 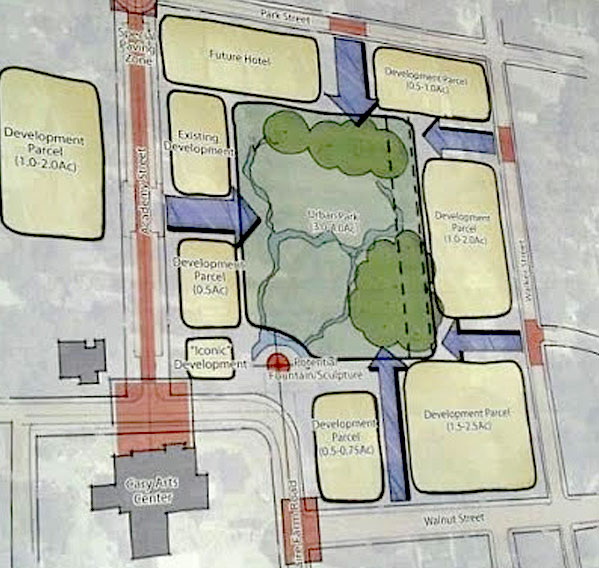 This is NOT the park that was promised and sold to the community.

The town spent over $8 million to acquire the downtown park property from landowners. We used public funds to acquire private land to provide for a public use – a park; not to assemble land for development.

In fact, going back to 2001 I can only find two instances where the council supported any development on the town center park site – one was a library (public use) and the other the Performing Arts Center (public use). Even with those two proposals, the park still consumed the majority of the site. The only retail or residential uses that I recall being discussed were considered as a means to “hide” a parking structure that a new regional library or the performing arts center would require. 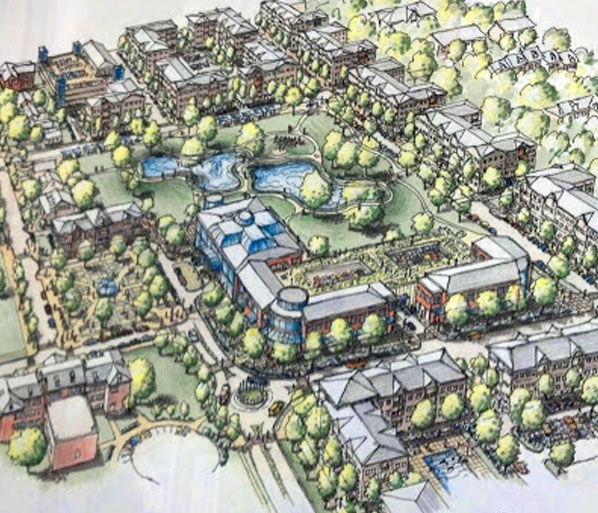 What is the rush to develop this site anyways? Town investment was meant to motivate private investment. It seems we are putting the cart before the horse by not giving the private sector time to react. Previous plans envisioned properties across the street from the park redeveloping as folks would want to locate near the park. Shouldn’t we at least give that a chance to happen?

And if assembling land is such an impediment to redevelopment – which it is – shouldn’t the council have that discussion? Seriously, let’s have an honest conversation about it and see what our options are – but this just feels like a bait and switch.

If your ONLY goal for the park is to redevelop downtown then the charette team’s plan probably makes sense to you. I however, don’t recall that being the park’s primary purpose. Sure, we hope that it encourages redevelopment, but we also intended to preserve and protect what little bit of green space we have left downtown – very similar to the debate regarding the Dix property in Raleigh. Once this green space is gone, it will be gone forever….unless of course the town wanted to buy it and turn it into a park…again….

The park will provide public space for community events, festivals and outdoor concerts downtown. An outdoor amphitheater with water features and a sculpture garden is envisioned. With less than 1.5% of the land downtown being public space, area residents are far underserved when compared to other communities.

We also intended the downtown park to serve as a park for all Cary residents – not just those fortunate enough to live or work in the proposed buildings around the park. Look at the charette team’s concept again – does that feel like a Cary park or a private park to you? As the number of residents downtown increases, the need for park space will be even greater.

While I appreciate the charette team’s efforts to take one last look at this site, after reviewing previous plans and community input it is clear that we got it right the first time – a large central park in Cary’s downtown.

This council has an opportunity to do something remarkable by preserving as much of the park site as possible. I hope we make the right decision.

Please let the council know your thoughts by contacting us at council@townofcary.org.