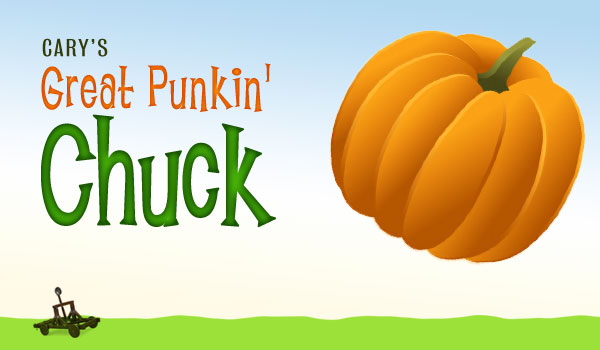 Not familiar with a pumpkin chuck? It’s a competition where teams hurl pumpkins at targets and for distance with a homemade device called a trebuchet.

A trebuchet is like a catapult, except with a sling instead of a giant spoon. 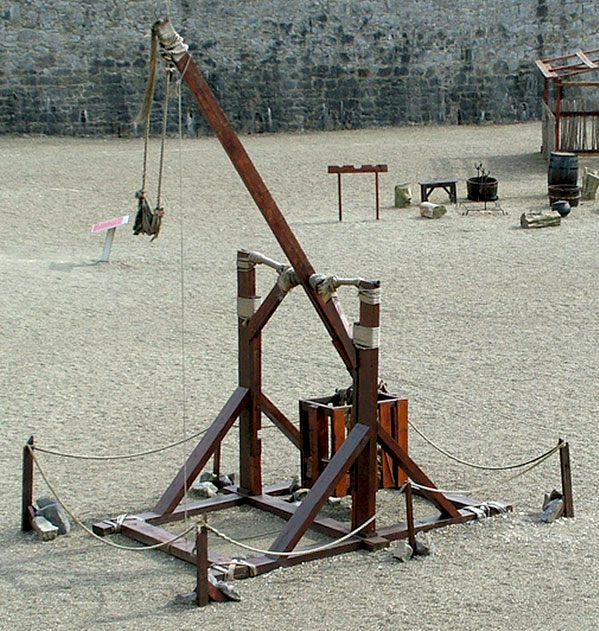 Whatever you want to call it, Cary’s Great Pumpkin Chuck will happen the weekend after Halloween – Sunday, November 3, 2013. More info on CaryPumpkinChuck.com.

The venue is the Spillway in beautiful Bond Park. That’s the area between the Community Center and the lake – a hilly spot overlooking a big, flat field. It’s sometimes used for event and Spring Daze parking.

The Spillway is about 500 feet long. We’ll be using approximately 300 feet for the punkin’ chuckin’.

Cary’s Great Pumpkin Chuck is a co-production of Town of Cary and TechnologyTank.

Cary’s Punkin’ Chuck will also have a mini-Maker Fair. Booths to be announced, but expect science, technology and DIY exhibits.

If you’d like to be an exhibitor at the event, please email Ian Henshaw.