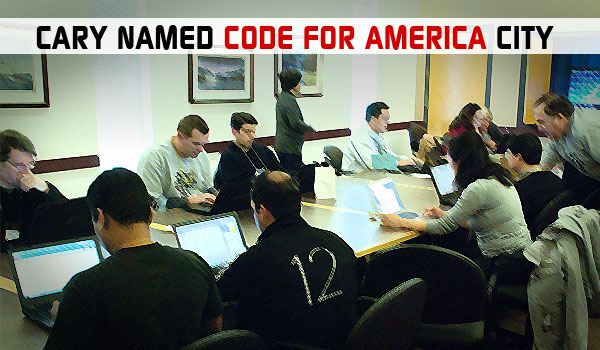 Cary, NC — Code for America (CfA) has released a list of 15 cities that will be added to the Brigade Program in 2013 which is great news for the Triangle. Both Cary and Durham have been added and will join Raleigh with Code for America Brigades in the coming year.

With this announcement, the Triangle will have 3 of the 31 Brigades in Code for America (NC has 4 Brigades including Asheville). This is a strong indicator of the developing Technology ecosystem here in the Triangle.

Code for America aims to improve the relationships between citizens and government. We help governments restructure to create low-risk settings for innovation, engage citizens to create better services, and support ongoing competition in the govtech marketplace.

The purpose of Brigade is to create and sustain local instances of shared goals and strategic outcomes.

The targeted outcome is to establish or reinforce a local citizen group for civic tech that interacts with municipal government on a regular basis.

Code for Raleigh formed in 2012, and has Captains Chad Foley, Jason Hibbets, Jason Horne and Reid Serozi. The Raleigh Brigade runs the very successful CityCamp program for several years with the latest CityCamp NC held in May.  The Raleigh Brigade also supports the adoption of the Triangle Wiki project.  In the Brigade meetings, the group is working on anAdopt-a-Shelter app for bus shelters in Raleigh.

“Our Brigade is participating in the Code for America Race for Reuse campaign, however the City of Raleigh didn’t ask us to do this” said Jason Hibbets, Raleigh CfA Captain. “As citizens, we saw an opportunity to improve our city and implement a technology front-end to an existing program offered by the city.”

It wasn’t just about deploying a project, it was about making our city and the citizen experience a little bit better. By forming and organizing our Brigade, we’re helping to advance the open government movement.” – Jason Hibbets, Brigade Captain. 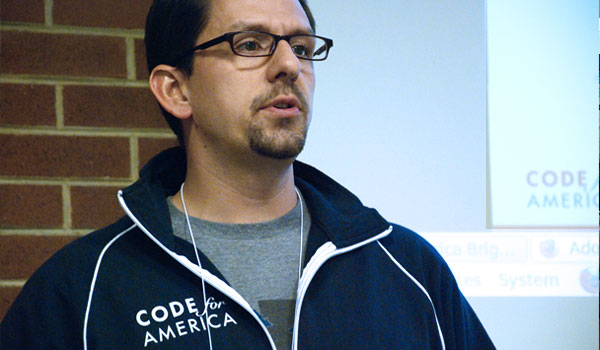 Code for Cary formed in early 2013, and has Captains Robert Campbell and Ian Henshaw. The Cary Brigade ran the successful Cary Open Data Day in February and is planning Triangle Open Data Day for February, 2014.  In the Brigade meetings, the group is working on a visualization of development data in the Town of Cary.

“Code for America is a great way to engage our citizens who have a technical background. By using their techie skills, they can get involved in some interesting web projects or apps and in doing so will learn more about the Town and may find other ways to also get involved with other civic projects. I am very happy that Code for Cary has been accepted as an official Brigade since this will bring added visibility and credibility to our efforts to help the Town of Cary.” – Ian Henshaw, Cary Brigade Captain.

Code for Durham is newly formed in 2013, and has Captains Colin Copeland and Andrew Krzmarzick.

“For several months, we have been meeting with key stakeholders from Durham City and County, the nonprofit sector as well as entrepreneurs and software developers interested in leveraging open data for the benefit of our community. This acknowledgement by Code for America as part of the regional Triangle Brigade is another important milestone that is sure to vault Durham and the Triangle to the forefront of the global open government movement.” – Andrew Krzmarzick, Durham Brigade Captain.

Due to the nature of the Technology ecosystem in the Triangle Area, the Raleigh, Cary and Durham Brigades are working together to develop a Triangle-wide Brigade (or Division?). Each City will have their own Brigade working closely with their municipal governments on projects important to the Town or City, but there is also a need to assist with Regional issues that are important to all of the towns, cities and counties in the Triangle Area.

The Brigades in the Triangle want to support additional brigades in Triangle municipalities, so if you are from Apex, Carrboro, Chapel Hill, Fuquay-Varina, Holly Springs, Morrisville, Wake Forest, etc. and you want to form your own brigade, please contact any of the Brigade Captains listed above.  Anyone outside the Triangle that wants to start a Brigade, feel free to contact us as well (Hey you in the Triad, Charlotte, Wilmington, Greenville, Fayetteville, Jacksonville, etc. – contact us).

There is a Triangle Code for America Meetup Group that lists all of the meetings of the Raleigh, Cary and Durham Brigades as well as the newly forming Triangle Division.  Please come to a meeting and find out how you can become involved.

Story by Ian Henshaw for TechnologyTank in Cary.