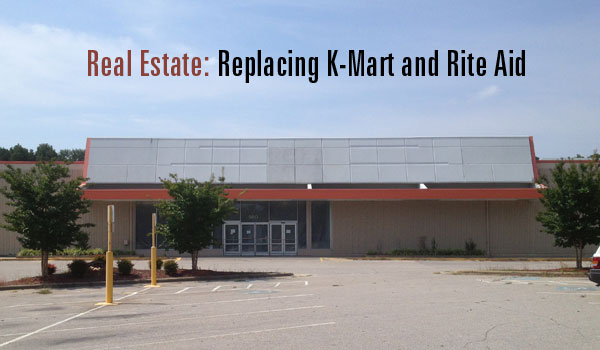 Kmart closed the location in the autumn of 2011, dealing a blow to residents inside the Maynard Loop. The store, with more than 96,000 square feet, presented an unfortunate vacuum on retail near downtown Cary.

Meanwhile, Carolina Pottery had been kicked out of their home at Harrison Square to make room for a Bass Pro Shop.

But all has seemingly worked out in the end. Bass Pro Shops has begun renovation of the property on Harrison Ave. And Carolina Pottery has purchased the old Kmart location for $3.3 million, according to TBJ.

Hey Cary, NC!!! Guess who’s coming back to town!? We are so excited to announce we will be opening a new store in March 2014 at 960 Kildaire Farm Rd (former Kmart at the corner of Kildaire Farm and Maynard)! We are thrilled to be coming back to Cary and look forward to serving you!

Across town at the corner of High House Road and NC-55, a Dollar Tree has popped up, replacing a short-lived Rite Aid.

It’s an odd intersection, with retail on three corners, all nearly inaccessible to pedestrian traffic. The small retail strip that houses the new Dollar Tree includes a Biscuitville and a Starbucks.

As you can see in the photo, the wrapping is not quite off the Dollar Tree. But the store is open and is seeing more traffic than ever witnessed at the Rite Aid. 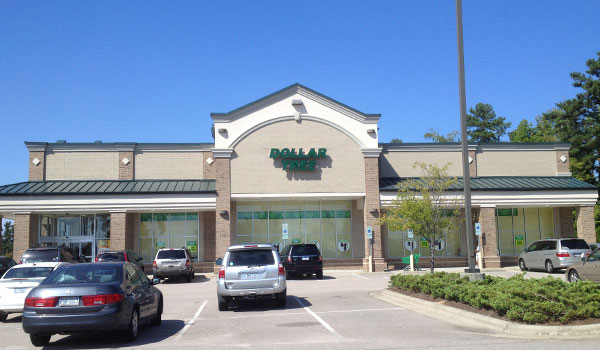 Next Challenge: Lowes in Cornerstone

Retail is doing quite well in Cary, thank you very much.

The next challenge for commercial realtors is the soon-to-be empty Lowes Foods in Cornerstone Plaza. One might be tempted to think this is a tall order with retail development on all four corners of Davis and High House.

But the good times keep rolling in Cary, so don’t be surprised if Cornerstone finds a new tenant for the Lowes space before too much sand has slipped through the hourglass.