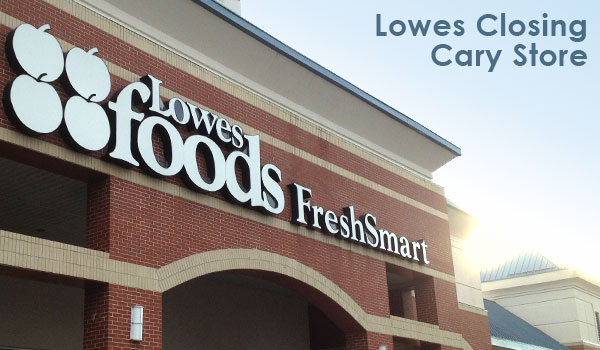 Cary, NC – The Lowes Supermarket at the corner of Davis and High House will close on September 14, 2013.

Lowes Supermarket Pulling Out of Cornerstone

Just 10 days ago, we wrote about the new Publix coming to Cary and the larger “Supermarket Wars” raging across the town.

The new Publix will be literally across the street, at the very same intersection of Davis and High House. A Harris Teeter also occupies the same corner.

As well, Lowes has a store just up the road at Cary Parkway and High House – the so-called “Hanna-Lowes” because the store used to be a Hannaford.

More than Publix, the Supermarket Wars in Cary have brought more offerings, especially in the high and low ends. Stores in the middle, like Lowes, have a tough time against more upscale markets like Harris Teeter and Whole Foods as well as stiff competition at the low end against Aldi and Walmart.

Lowes Foods, based in Winston-Salem, has about 100 stores across North Carolina, South Carolina and Virginia.

According to a press release (subsequently unpublished), employees at the Cary location would be offered opportunities at other Triangle locations in Cary, Apex, Raleigh, Garner and Clayton. 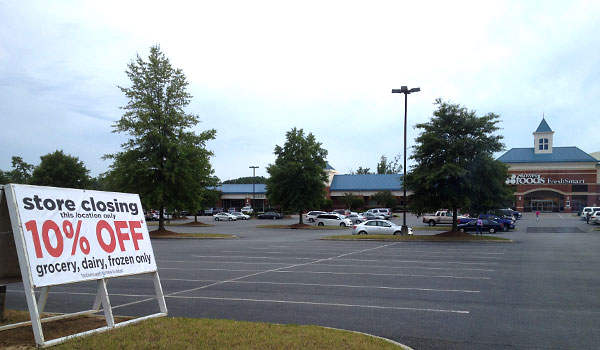