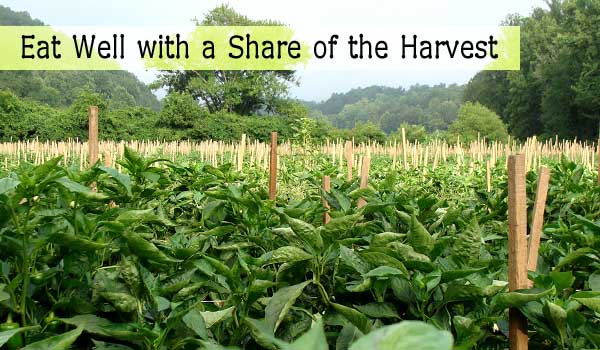 Cary, NC – Want to eat locally? Want to eat well? You may be able to own a share of the harvest from your favorite local farm with a program called CSA, or Community Supported Agriculture.

Lately there’s been a lot of press about eating locally grown foods and the impact this practice has on health and the environment. Maybe you buy organic groceries, or you shop at the farmer’s market.

But for almost a decade, farms have been selling shares in their harvest to consumers who want to know what they are eating and where it comes from.

Back in July, we first mentioned CSA in a story called Meet the Farmers.  We decided we want to know more.

CSA stands for Community Supported Agriculture. It literally means that customers purchase shares of the harvest. In return for their purchased share, the consumer receives a weekly or bi-weekly (depending on the plan they choose) box of what the farmer has harvested that week.

Many of these produce boxes can be picked up at “stations” such as a farm, a farmers market, or some other agreed-upon central location where that farmer has a weekly presence. 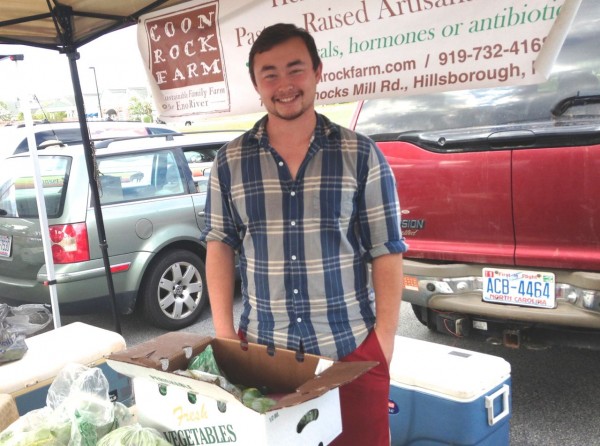 Coon Rock Farm has been operating their CSA program for over 9 years and has over 20 locations throughout the Triangle and Triad (and home delivery available for a small fee). They sell about 400 shares per season, which represents a sizable amount of their annual business.

The program operates year round, selling the produce that is harvested all seasons. Coon Rock offers 3 types of CSA’s: box of either produce, eggs, or meats. The “season” is half a year and prices range from $110/ season for the eggs, to $500 for the produce or meats.

My Very Own Cattle Ranch

Customers purchase in advance three different-sized shares: 26 pounds, 100 pounds or 200 pounds. The weight is distributed between various steaks, stew meat, ground meat roasts and ribs. Even the smallest share includes each of the varieties. The shareholder decides which weeks they will pick up which cuts of beef as they are each available every week at the market. 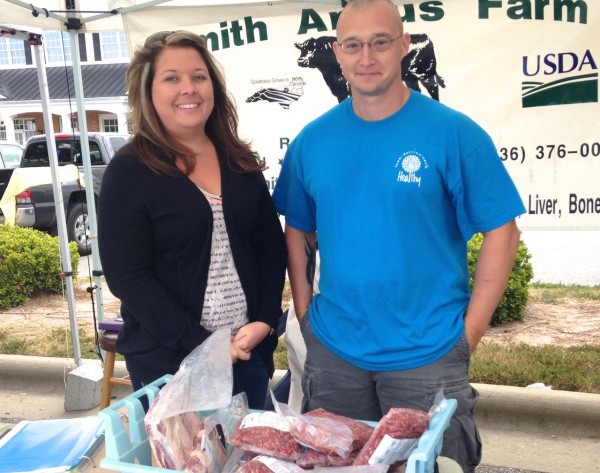 Christa May, who was working the stand at the market last week with Dustin Pennington, mentioned some customers were still working off orders placed late last year. Smith Angus Beef uses an “on demand schedule” and has no time limit on when customers pick up their purchases. The farm keep track of what’s picked up by each patron in a notebook kept at the stand.

All of their beef is “grain on grass fed,” without the use of growth hormones. When you pick up your purchases, they are vacuum-packed and can be frozen, or used that week. All beef is processed in a USDA inspected facility.

A main advantage that Coon Rock mentioned, is that their CSA customers get first choice of what is harvested that week. The farm works to fill those orders first. In bad weather (our rainy summer) the customers who purchased shares had their orders filled before the farm decided what would be sold at market.

These programs are being used more and more by smaller  farmers as a way of ensuring a set income each season. Knowing they have pre-sold their produce, also leads to less waste. The farmer has an income at the beginning of the planting season, when normally money would be going out to plant and water, without having to wait for goods to be harvested. Much better cash flow.

Depending on the farmer’s program, some farms allow partial shares or have their shares sold as “small” medium or large. And they indicate how many people each typically feeds.

A CSA won’t replace all of your weekly shopping. Coon Rock added an option called Bella Bean Organics after receiving requests from customers for coffee and baked goods to be delivered along with the meats and veggies.

If the idea of fresh local food appeals to you, check out if your local farmer’s market has CSA options that you can learn about. Eat what is actually in season and know that in the process you are helping to support farmers located right here in our community.

Agriculture and food coverage on CaryCitizen is sponsored in part by Western Wake Farmers Market.