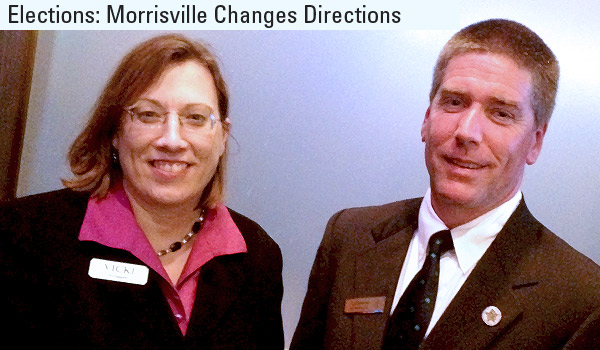 Vicki Scroggins-Johnson and T.J. Cawley were elected to Morrisville Town Council on Tuesday.

Morrisville election results from Wake County Board of Elections

In Durham, incumbent Bill Bell won with 87% of the vote against challenger Sylvester Williams.

In closely watched national contests, Chris Christie cruised to victory for a second term as New Jersey Governor. In Virginia, the race between Terry McAuliffe and Ken Cuccinelli was too close to call as of press time.