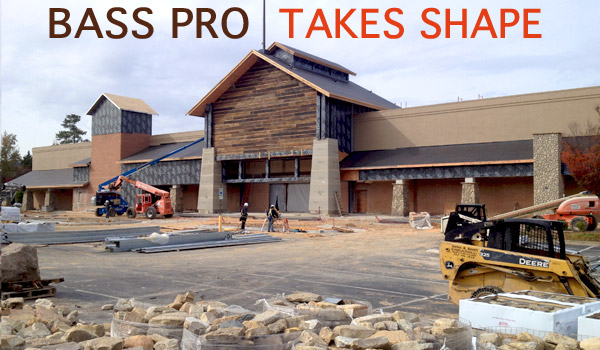 Cary, NC — I had occasion to be over at Harrison Square just recently and the progress on Bass Pro Shops has been impressive.

Workers have been swarming the site of the new 105,000 square foot retail space. 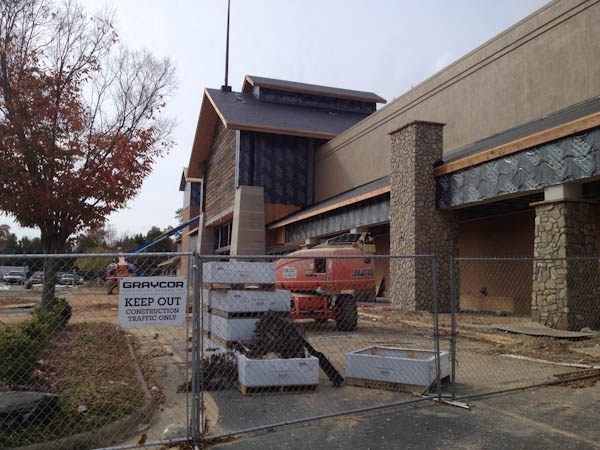 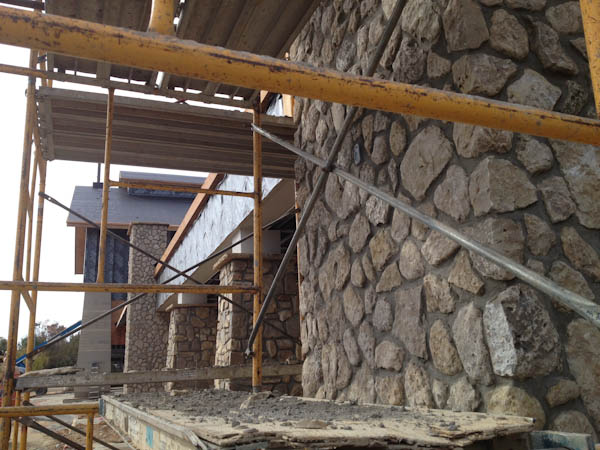 Think the parking lot is full now? Wait until Bass Pro actually opens. The increased traffic is sure to be a boon for Harrison Square retailers including the gas station on the corner and our friends at RallyPoint.

According to Bass Pro, “the average customer stays 2 ½ hours and drives an average distance of 50+ miles” to visit the store.

Maybe we can even entice some of these visitors across the street to the Arboretum or even Downtown.

This is a store that is going to generate economic impact. 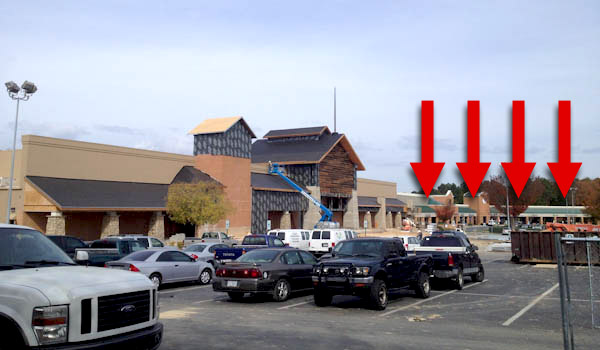 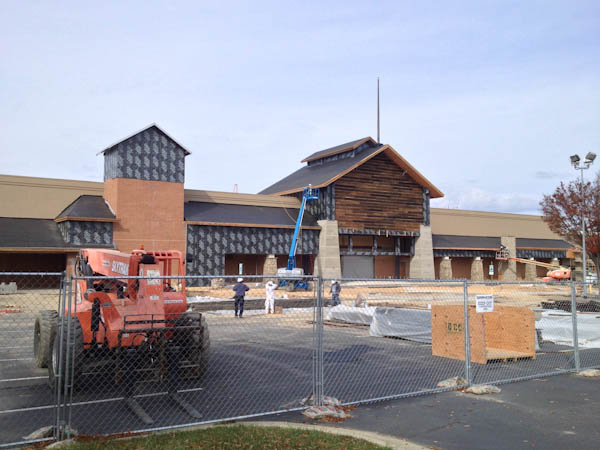 We’ll let you know when we hear something about an opening date. In the meantime, a large workshop has been set up in a tent behind the store. Like the rest of the installation, it is fenced with a 24 hour security guard.

During the past few weeks, Bass Pro has been holding a job fair at Embassy Suites right behind the new store. There’s also an Employment link on the Cary store page.

It seems unlikely the store will be open before year’s end, but you never know. Otherwise, expect an opening in early 2014.