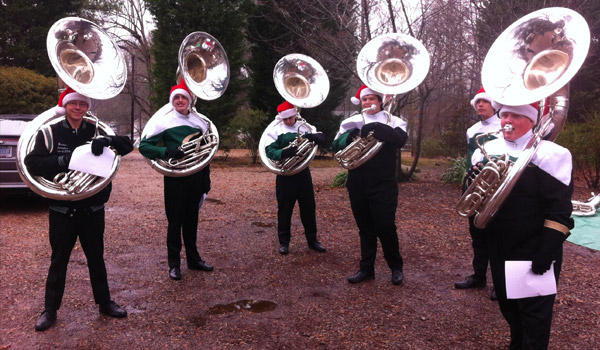 Cary, NC – The rain was like a cold slap in the face on Saturday, all but washing out the Cary Christmas Parade. But the Cary High Tuba section, known for their high energy and spirit, decided to march despite the rain and represent for CHS.

Triumph of the Tuba Section

We received this report from a CHS Senior:

Those tubas are at it again! Five tuba players from the Cary High School Marching Band kept tradition alive by braving the elements and marching in the 35th Annual Cary Christmas Parade on Saturday.

While inclement weather put a damper on the festivities, there was no shortage of enthusiasm and commitment among CHS tuba section members.

CHS senior and tuba section head Stephan Henshaw spearheaded the effort to make sure that CHS was well represented at the Christmas parade, despite the inclement weather.  Henshaw stressed his desire to uphold Cary’s longstanding commitment to excellence, despite adversity.

“I couldn’t let this year, being a senior, be the only time Cary’s Marching Band wasn’t represented in the parade. It’s all about the pride we have in our traditions.” 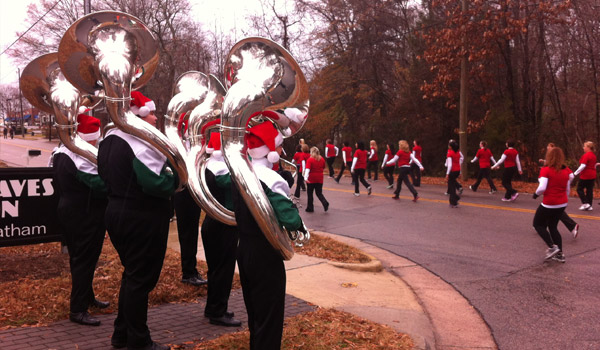 CHS tuba players Stephen Henshaw, Bryan Keil, Dale Bartnicki, Silas Josephson, and Gary Lineberger, along with banner carriers Johnathan MacDonald and Tristan Bumgarner wowed the crowd with their rendition of “We Wish You a Tuba Christmas”.

A number of merry citizens of Cary expressed their appreciation with hearty cheers as the tubas passed by.  “We are so glad you are here!” and “Y’all made my day!” 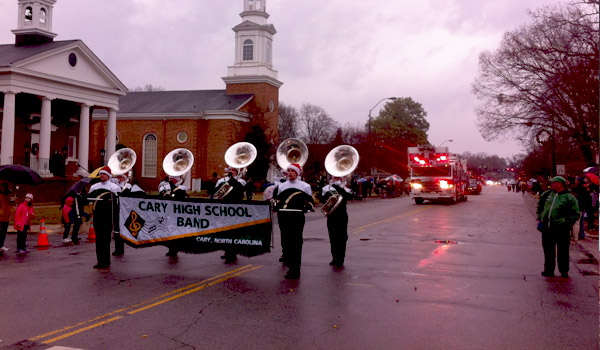