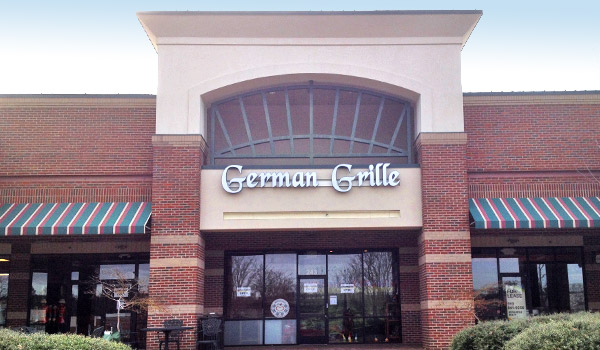 Cary, NC — Don’t know how we missed this, but German Grille has opened in Cary. It’s located in the Harrison Pointe Shopping Center next to The Big Easy and across from Staples.

Other interesting dishes include Drunken Bavarian Chicken, Gulasch and many types of Schnitzel. What’s Schnitzel? – boneless meat, thinned with a meat tenderizer, coated with flour, beaten eggs and bread crumbs, and then fried, according to Wikipedia. German Grille even has a Schnitzel Parmagiana, so you get the idea.

German Grille also offers soups and salads as well as “smaller” plates. Take a look at the menu.

The new restaurant is from the same owner as Bavarian Brathouse in Durham (now closed).