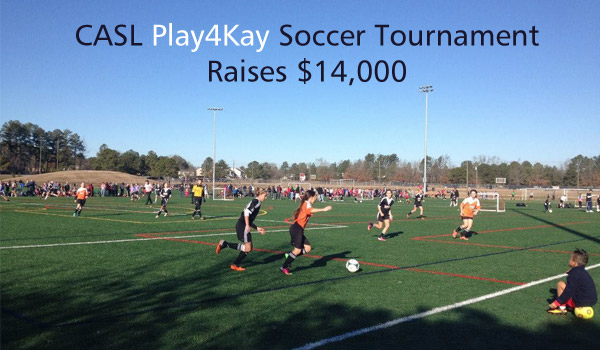 The fundraiser tournament took place at the WRAL Soccer Center in Raleigh, NC. The event was a 4v4 soccer tournament in which teams from all over North Carolina competed while raising funds and awareness for the Kay Yow Cancer Fund. This was the first time the event has been produced and it was declared a huge success. The event, originally scheduled for January 11, was rescheduled to January 12 due to inclement weather conditions.

“We are very pleased that CASL chose the Kay Yow Cancer Fund as its charitable beneficiary for this event,” said Sue Donohoe, executive director of the Fund. “Play4Kay was created by the late Coach Kay Yow, founder of the Kay Yow Cancer Fund. She envisioned coaches and athletes, from many different sports coming together for a common cause. We are excited to have had great participation from the community of young athletes, and are very appreciative because they are playing for a greater victory – raising funds and awareness for women’s cancer research. The Kay Yow Cancer Fund thanks CASL, participating coaches, athletes, parents, fans and the numerous volunteers for their support of Coach Yow’s vision and mission.” 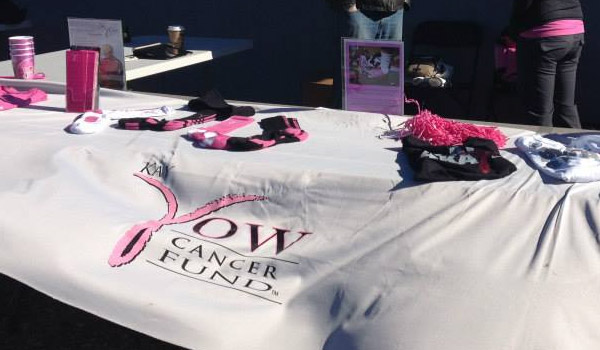 A total of 77 teams participated in the tournament. Each game was officiated by a single referee on a small field (40 x 30 yards), with each game consisting of two twelve-minute halves. Teams played a total of four games and received a CASL branded Play4Kay cinch bag.  In addition to the participating teams, there was a large turnout of spectators who watched the tournament and supported the cause. 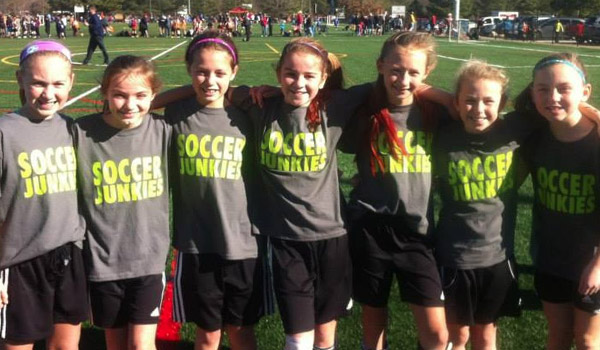 The Capital Area Soccer League is entering its 40th year of providing positive and high quality instructional and competitive soccer opportunities to youth in Wake County. According to Katharine Kelley, director of relations for CASL,

“We are dedicated to fulfilling other elements of our mission, including being a partner in improving the quality of life in Wake County. Joining forces with the Kay Yow Cancer Fund was a perfect fit as the Fund is local, but has a larger reach and can improve the lives of all those affected by cancer within our community.”

The majority of the money raised from the event came from registration fees. A silent auction was held at the event, and nearly 30 referees donated their time to the tournament.