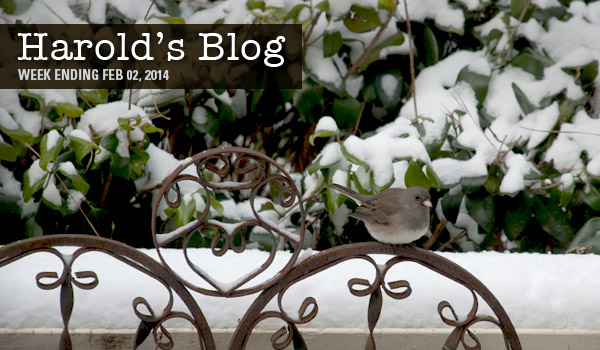 Cary, NC — This week was a busy week but included some postponements due to the inclement weather on Tuesday night.

In my conversations with council members there were concerns about the Carpenter Park recommendation on the consent agenda. As a result I was notified that it will be pulled for council discussion.

There were also questions about some of the public hearings and the item added to investigate the potential of a public/private partnership to help build the I540/Morrisville Parkway interchange.

Later in the day I met with management, administration, legal, public information, Mayor Pro-Tem Adcock, and other staff members to go over the agenda. As we walked through the items we talked about council member’s questions and concerns. Our meeting lasted about half an hour.

Afterwards I met with the town manager and a few staff members to go over several items. Those items included the future town square fountain in the downtown, the Academy Street streetscape options, and a technology issue.

Tuesday I joined council member Bush to tape the February episode of Cary Matters. Our main topic was about what happened at the council-staff retreat held January 17th and 18th. We also talked about road and median issues. If you haven’t watched Cary Matters I would ask you to give it a try and let us know how to improve the show. You can view it at http://www.townofcary.org/Departments/Administration/pio/Video_Files.htm#Cary%20Matters. If you have questions submit them and maybe we’ll answer your question in our next episode.

Tuesday night the council was supposed to hold a work session on Imagine Cary. Due to the inclement weather I recommended on Tuesday morning that this be postponed. This work session is now rescheduled for Thursday, February 6th.

Wednesday morning Cary awoke to about 2 to 3 inches of snow. Since the temperature was well below freezing the snow was very powdery and not that hard to get around on. However, LOTS of events and meetings were cancelled and postponed.

Wednesday I was supposed to take a tour of the facilities at Searstone. Since Cary was still under a travel advisory we decided to delay the tour a couple of weeks.

Thursday night’s regularly scheduled council meeting was a long one and ended around midnight which is typical for January.

It included about three dozen people speaking on various topics in the Public Speaks Out and Public Hearing portions of our meeting.

There were several speakers concerned about a rezoning proposal next to the Harmony subdivision and near Turner Creek Elementary. Later in the meeting council decided to give the developer until the next meeting to try and resolve some of the issues.

The rezoning proposal on Holly Springs Road at Cary Parkway also drew a lot of speakers. They expressed concerns about connectivity to Fordland Drive, density, historic structures, and buffering. That proposal will now go to the March Planning and Zoning Board for their review and recommendation.

In other matters, council did approve a rezoning proposal to allow 28 single family lots on Davis Drive at Farmpond Road. There was also a council initiated request that asked staff to look into a public/private partnership that would accelerate the creation of an interchange with I540 and Morrisville Parkway. Staff will investigate this and get back to council after a few weeks.

This week in the media WRAL did a story about snow plowing. After a little over a day Cary’s roads were clear and dry while other municipalities struggled to do much of anything. The story on WRAL compared the portion of Tryon Road in Raleigh to the portion in Cary. And of course Cary’s portion was in excellent condition. To read the entire story go tohttp://www.wral.com/tryon-road-a-study-in-snow-plowing/13347442/.  The story is best summed up by the following:

Scott Hecht, director of Public Works for Cary, is proud to say the priorities in his town are a little different.

While Cary has 25 percent fewer roads than Raleigh, they have nearly double the trucks and plows. That’s because Town Council members years ago issued a directive that snow removal is a top priority, no matter who owns the road.

This is just one example of the exemplary service provided by the Town of Cary staff.

In emails from staff this week there was a response to a citizen complaint that we had a sign prohibiting firearms at ballfields. Here is staff’s response to that complaint:

Thanks for your e-mail regarding our gun related signage within our parks. You specifically referred to signs that are located on the ballfield fences.  After careful review of the gun-related law that was passed in 2013, it was decided to have signs in place at all ballfields and multi-purpose fields within Cary’s park system.  Our signs reference Town ordinance which in turn references G.S. 14-415.23.  Per that state law and the Town ordinance, no concealed weapons are allowed during organized and scheduled athletic events, all of which occur on the ballfields at Ritter Park. The signs comply with G.S. 14-415.23 and the Town will enforce the law as written.  As you note, the Town was proactive in responding to the revisions to G.S. 14-415.23 (see below) and will remain in full compliance with the law.

As one might suspect the gun activist was not happy with this answer.

In emails from citizens this week there were several concerns about rezoning proposals, a concern about pedestrian safety at proposed intersection improvements, a complaint about street pavement in the Oakwood area, a concern about the Haw River sewer spill, a request for a Cary School system, a complaint about geese, and lots of kudos for town staff and their snow clearing.

This week should be a light week with just a few meetings and a work session.

Well that is all for this week. My next post will be on Sunday, February 9th. Although I have Facebook and Twitter accounts those are not the best means of communications with me. Please send all Town of Cary questions or comments to Harold.Weinbrecht@townofcary.org and email personal comments to augustanat@mindspring.com.

From the blog of Cary Mayor Harold Weinbrecht.  Photo by Hal Goodtree.