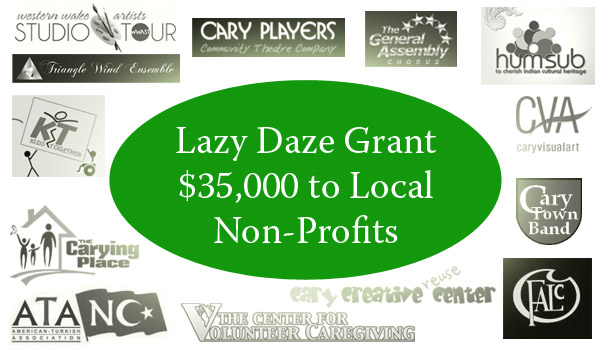 Cary’s Cultural Arts Manager Lyman  Collins presided over the awards, introducing councilmen Jack Smith and Ed Yerha who handed out the envelopes containing the grant checks. Collins quipped that if recipients weren’t in attendance someone else could take the checks. “I’m kidding of course, we’ll see that the groups get their award money”.

Where the Grants Go

One of the works these Lazy Daze grants will fund this year is Camp High Hopes offered by The Cary YMCA, which allows children to attend summer camp free of charge.

Kids Together will use their Lazy Daze  to help pay for a new interactive water misting feature in the Kids Together Playground.

Western Wake Artists Studio Tour will in part fund their annual open houses this fall in Wake County, where visitors can observe artists at work in their studios.

Non-profits can apply for the grant money by demonstrating the cause that the money will go to fund.

“Cary has a rich and diverse community,” said Jack Smith, “what makes us special is the involvement of our citizenry.”

The organizations that received a 2014 Lazy Daze grant include:

Congratulations to the award winners on continued good work in the community!

Also during the meeting the official commissioned artwork representing the Lazy Daze 2014 festival was unveiled by artist Tesh Park. The art will be used in all communications and visual marketing of this year’s festival. 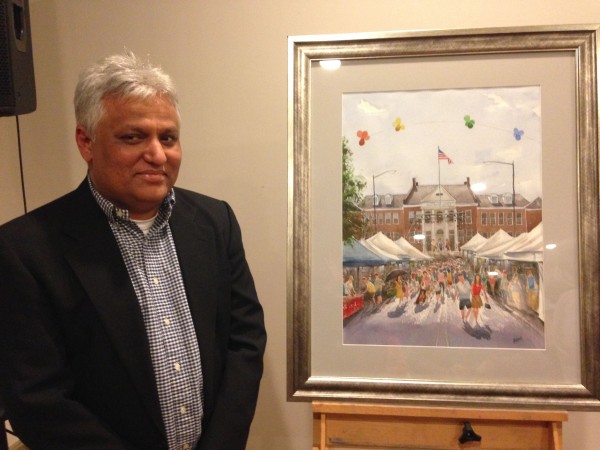 Lindsey Chester, Associate Publisher of CaryCitizen, is on the Town of Cary’s Cultural Arts Committee.