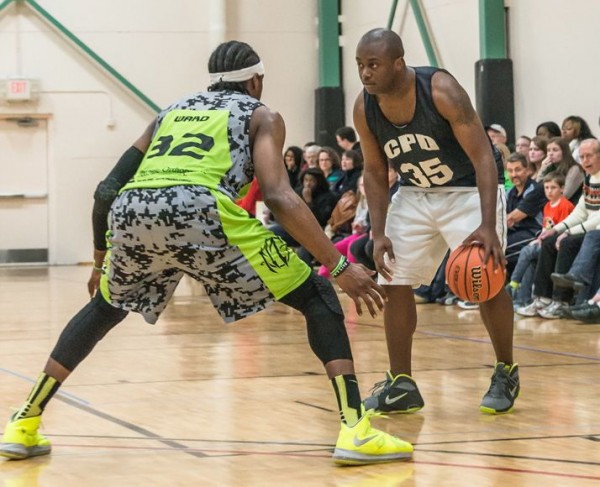 The Cary Invasion consider Saturday night’s 2nd Annual Charity Game vs. the Cary Police a big success, raising over $1000 in donations and pledges to benefit the important work of Dorcas Ministries.

The game was a friendly competition and one that is becoming a Downtown favorite, pitting favorite policemen against the young basketball players who are eager to strut their stuff for the crowd.

Doc explained the scoring, “As for the game, there were not many surprises, but in order to make it more interesting, competitive and less lop-sided, we agreed to ‘swap’ scores putting the Invasion twenty plus points in the hole for the beginning of the second half. However, persistence pays and at game’s end the guys who play basketball for a living pulled it out 111-89. Whether those attending were a fan of the police or the Invasion, it’s safe to say ‘A good time was had by all’.”

The Cary Invasion wants to bring a family-friendly experience to Cary’s Downtown. The evening included a half-time performance by the Cary YMCA’s SuperSkippers, and an introduction of the new Team of Dancers and their coach Latasha Dunn.

The alien mascot, Cosmo, was on hand to mingle and take photos with the children in the stands. There was a shooting competition, where even the Cheif of Police, Pat Bazemore, gave it her best try. 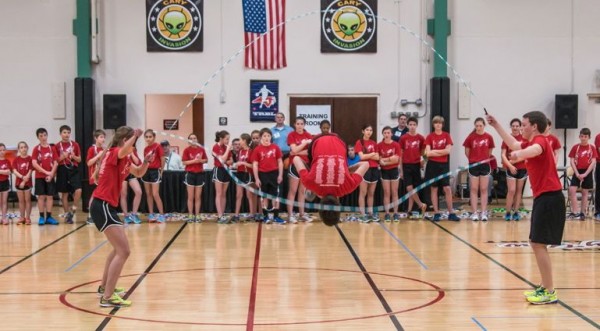 Volunteers were a key ingredient of the evening and included: Joy Pike of the Heart of Cary Association who, “who selflessly ‘did whatever needed doing’ to keep everything flowing smoothly and problem-free.”, James Peyton and the three volunteer officials of the Triangle Basketball Officials Assn; Teen Council volunteers, and the ‘guys at the table’—team announcer Dan Pike, statistician Ryan Anderson, clock operator John Allen Adkins, and our music man DJ Brandon Ross—floor manager Joe Stewart, lobby manager Stephen Henshaw and long-time lobby volunteer Kay Struffolino.

Doc added, ” There were so many people who gave of their time and talent to bring a first-class event to Downtown Cary. We couldn’t have done it without any of them!” 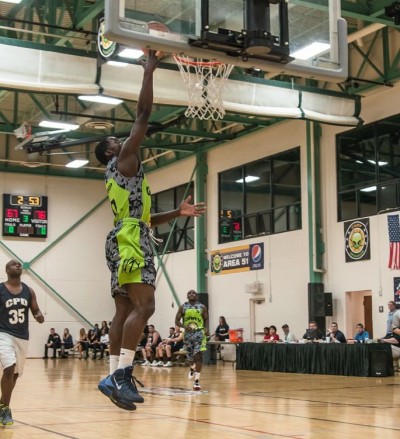 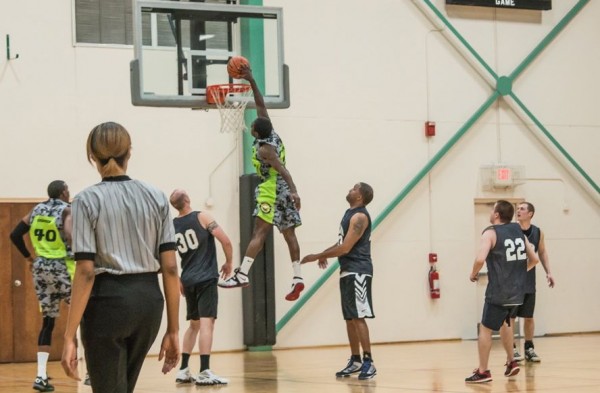 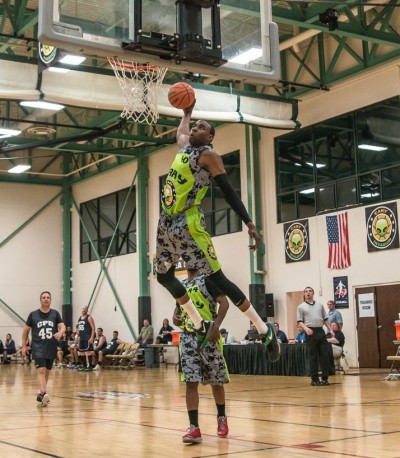 The 2-0 Invasion has the next weekend off, but will return to League play on their home ‘Kay Yow Court’ (in the Downtown Herb Young Community Center) at 6PM on Saturday the 15th, when they play the League’s newest member, Durham’s Bull City Legacy. Should be the beginning of a great rivalry…

Doc says “If you attend an Invasion game, you’ll become a fan for life.”

Kramden Partners with Canes and Lenovo for E-Cycle Event