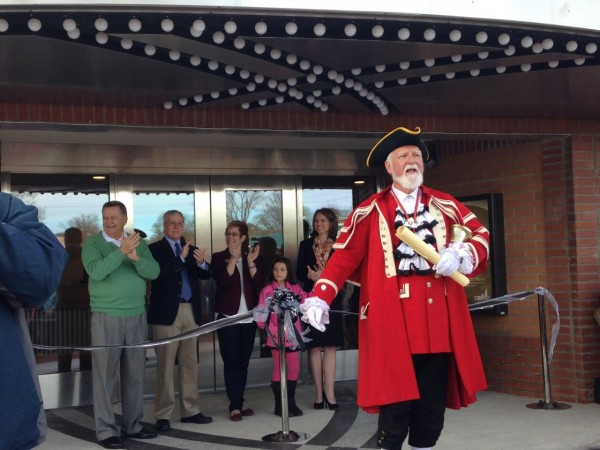 Cary’ Town Crier John Webster welcomes the crowd to the grand opening of The Cary.

Cary, NC — Saturday, Feb 22, 2014, The Cary theater in Downtown officially opened with a celluloid ribbon cutting, a town crier proclamation and all of town council on hand to do the honors.At 9:45am, a large crowd gathered on East Chatham Street under mild skies to witness a piece of history in the making as the building known as The Cary will once again show films and host live performances as it did back in 1946.

In his opening remarks, Mayor Weinbrecht said that he attended the groundbreaking 14 months ago, and that already the theater has sparked other development Downtown. A dozen new businesses have opened in the past year and concerts have seen a 30% increase in attendance. He mentioned the park that is moving forward and will begin construction later this year. Weinbrecht went on to state “that what happens Downtown impacts everybody (in Cary).”

With the words “lights, cameras, action” the ribbon spread across the entryway was cut by the Mayor. Then the crowd was invited inside to take a look around. Free tickets were handed out for the first movie showing of Finding Nemo at 10:30 . Other activities and free showings filled the day. 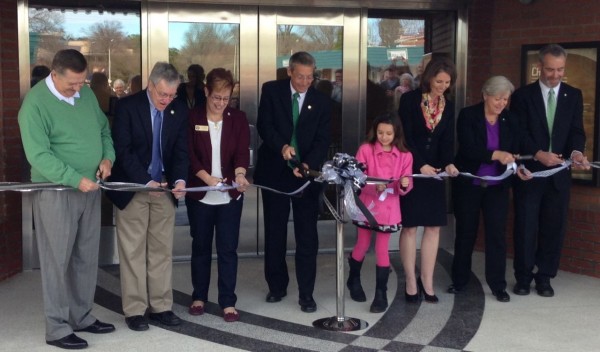 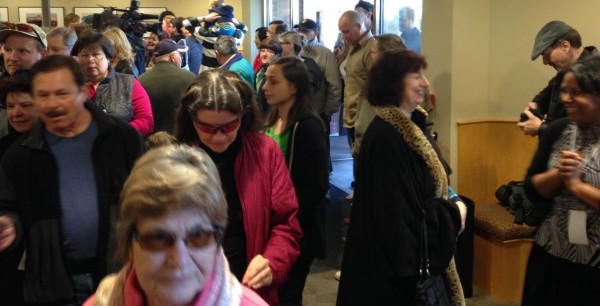 The crowd streams in to check out the theater