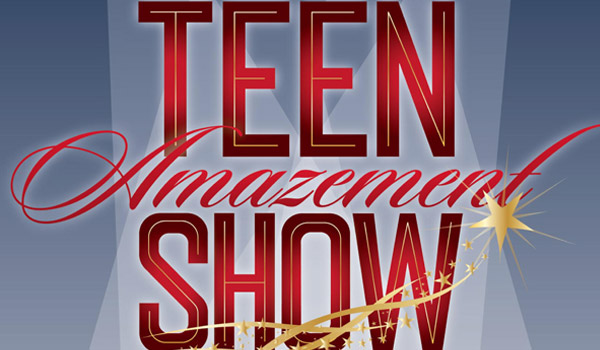 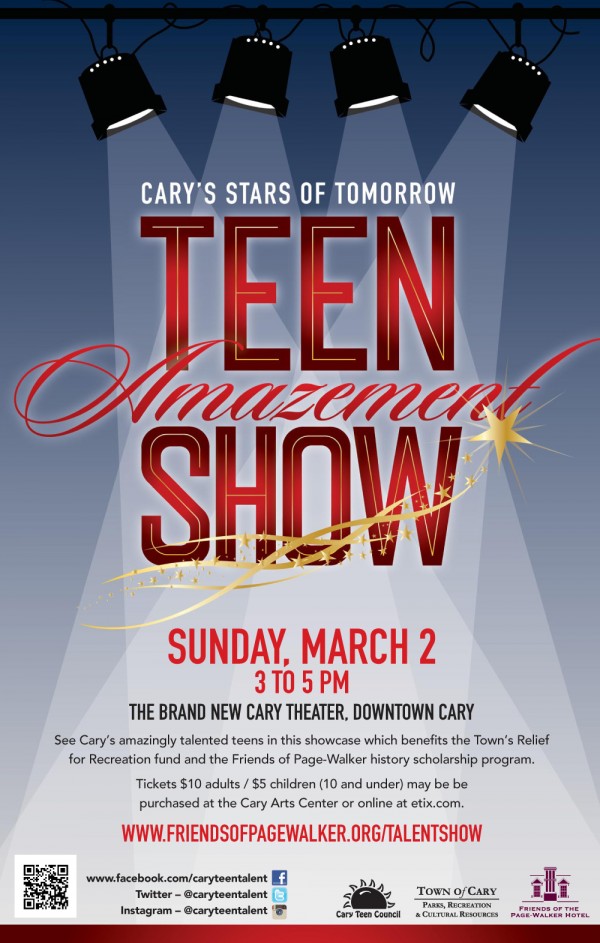 Cary, NC — Do You enjoy watching America’s Got Talent or any of the other reality shows where contestants face off to dazzle judges with their dance steps and musical talent? Wouldn’t you like to see these events live?You can, at the newest event in Cary called  The Teen Amazement Show which takes place this weekend Saturday March 1st, 2014, at The Cary theater.

The Teen Amazement Show was originally the brainchild of Aaron Reza, a senior at Enloe High School and teen board member of the Friends of Page-Walker, who approached the group last year with his idea for a talent show. He was hoping to make it a fundraiser for the Friends’ history scholarship fund. With some preliminary planning with Lyman Collins, Cultural Arts manager and Kris Carmichael, the supervisor at the Page-Walker,  the idea began to take shape just as The Cary was under construction.

I had initiated the idea to bring together youth and adult volunteers to work towards a fun and enjoyable goal.  Recognizing the amazing abilities of the youth in our community, I wanted to host an event that would share these talents.  I presented my idea to the Friends of the Page Walker organization and they were eager to work with me to bring this project to life.

A date was picked to coincide with the opening week of The Cary theater. The group decided to split the revenue between two scholarship funds: the Town’s Relief For Recreation and the History Scholarship offered by the Friends of Page-Walker. As of this writing $1000 has been raised toward the goal of $1500, according to Leesa Brinkley, a Friends of Page-Walker board member.

The event began to take shape in November and audition sign-ups started in December.

Aaron said, After securing a date, location, and volunteers, we created a sign-up page for auditions, which went live December 1st.  Spots filled up quickly, and by our audition dates (February 2nd & 9th), we had a full schedule of 48 auditions…The judges looked for participants who brought a creating and enjoyable piece to perform that had good form and was entertaining to listen to.

During two Sundays in February over 40 acts showed up to audition. The panel of four  judges included two Wake County teachers, a Cultural Arts Committee member as well as Aaron Reza. They culled the acts down to 24 total which are mostly musical with one stand-up comedian and one magician.

The show will be emceed by Lyman Collins, but will not be a contest, as much as a showcase of area talent.

Aaron Reza went on to say, “Going forward, I hope this will become an annual event and the funds we raise continue to help the youth scholarship programs in our community.  It was a tough choice choosing among all the talent youth.  Those who did not get a chance this year I hope will come back again and try next year.”

Tickets are $10 for adults and $5 for children 10 and under.
Tickets can be purchased at the Cary Arts Center or online through etix.

Left at the Station: Wake County