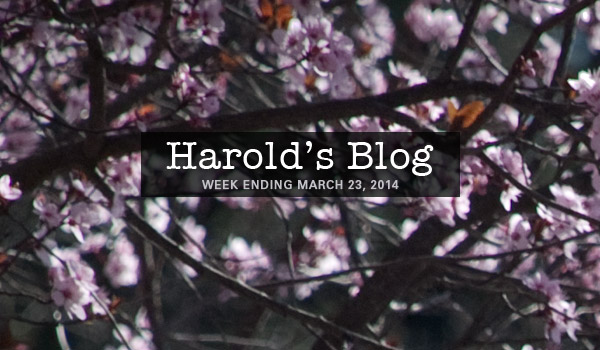 Cary, NC — This was another busy week for the mayor’s office.

Monday started with a Mayor’s Association reception for the Wake County legislative delegation. In attendance from the delegation were Representatives Gill, Holley, Jackson, Stam, Barefoot, Hall, Murry and Dollar. Senator Stein was planning on attending but was unable due to an illness. Our conversations covered a variety of topics including the Jordan Lake Rules, restructuring taxes and how that impacts municipalities, and bills that reduce local authority.

After the reception nine out of twelve Wake County mayors met for about two hours. Mayors in attendance included Killen, Williams, Stohlman, Burn, Jones, Matheny, Eagles, McFarlane, and me. In our discussion we decided that more frequent gatherings and meetings with the legislators would be beneficial. In addition, we decided to try and meet with the Wake County commissioners at least a couple of times a year.

Tuesday started with an interview by an NC State Student on Leadership. Some of the questions included greatest accomplishments, biggest disappointments, leadership lessons learned, and leadership style. It was a fun interview and I hope I didn’t ramble too much.

Tuesday night I joined Jack Smith in answering questions after an annual homeowners’ association meeting. It is always interesting to hear some of the biggest questions concerning citizens. Some of the questions included what the town was doing about Google fiber, if there was a plan to widen Holly Springs Road, and a question about the Cary Parkway extension. We answered questions for about fifteen minutes. If you think it would be beneficial for a council member to attend your homeowners’ association meeting, please don’t hesitate to ask.

Wednesday I represented Cary at the monthly meeting of the Capital Area Metropolitan Planning Organization (CAMPO) meeting. There were two items on the agenda of interest to Cary.

CAMPO unanimously approved additional projects including the right of way acquisition of a portion of Green Level West Road. In addition, CAMPO approved the Locally Administered Projects Program for fiscal year 2015 that included $3 million for the Morrisville Parkway extension, $668,000 for Lake Pine Drive improvements, and $2,715,000 for the White Oak Greenway.

CAMPO members also heard updates from NCDOT representatives. Those reports included information about the Morrisville Parkway grade separation project that will impact many Cary residents. The project will go under the railroad tracks.

The CAMPO meeting concluded after about an hour.

We approved the contract for the Cary/Apex Water Treatment Facility Phase III Expansion. This expansion will allow the town to produce 56 million gallons a day instead of the current 40 million gallons a day. That capacity should serve Apex, Morrisville, and Cary for several years.

This contract will now be presented to the Apex and Cary council’s for approval. Once approved construction can begin. It is estimated that construction will take about two years.

In a separate action the committee also approved a contract for the construction of the Cary/Apex Raw Water Pumping Station Phase III expansion.  Our meeting only lasted a few minutes and consisted of a presentation, discussion and a vote.

Action taken at the meeting included naming me as chair of the committee, approval of the budget, and information about the beginning of the new plant operations. It is anticipated that the plant will come on line this summer and will be fully operational later in the year. A ribbon cutting is being planned for the fall.

In emails from staff this week there was a summary of the Morrisville Parkway grade separation project that included the following information:

The town staff also summarized other projects in the area such as the Bradford Development and the Town’s intersection project at Cary Parkway & High House Road, the following is information about potential timing:

Information from Cary’s Biennial Survey was provided to council members in a notebook (about two inches thick) this week. A total of 405 residents were surveyed resulting in a margin of error of plus or minus 5%. Here are some of the findings:

The council should receive a survey briefing soon in a work session.

This week will be another full calendar for me and will include a council meeting, a work session, a taping of Cary Matters, several events and ceremonies.

Well that is all for this week. My next post will be on Sunday, March 30th. Although I have Facebook and Twitter accounts those are not the best means of communications with me. Please send all Town of Cary questions or comments to Harold.Weinbrecht@townofcary.org and email personal comments to augustanat@mindspring.com.