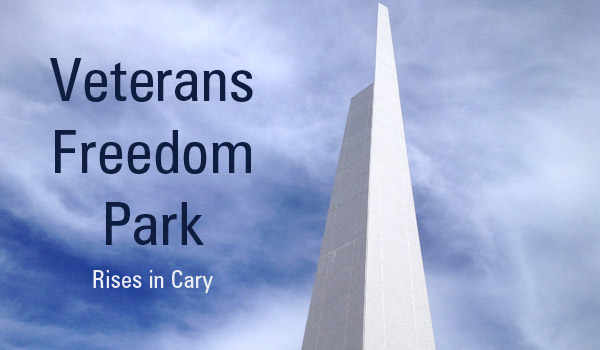 Redevelopemnt of an Earlier Park

Veterans Freedom Park is a redevelopment of a smaller memorial on the same site. 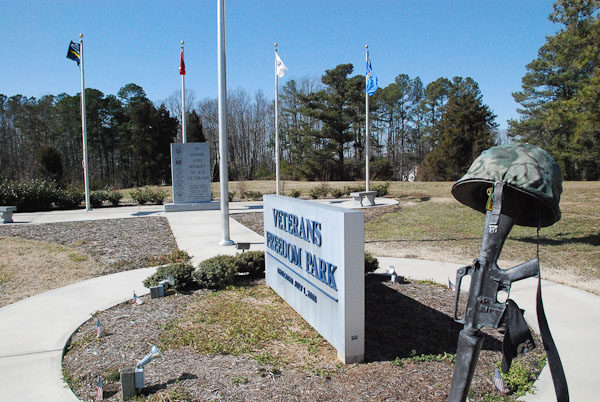 Veterans Freedom Park prior to redevelopment.

It’s a cooperative effort between the National Veterans Freedom Park Foundation, SAS Institute and Town of Cary. From ToC:

Several years ago, SAS Institute deeded 12 acres of property located at the northwest corner of Harrison and Cary Parkway to the National Veterans Freedom Park Foundation, Inc (NVFP). The intent of this land transfer was to provide an impetus for the Foundation to raise funds and to ensure the area would remain open space. Once funds were raised and the structures built, it was the Foundation’s hope to transfer the property to the Town of Cary to create a park.

To achieve this goal, SAS Institute has proposed that in return for the Town of Cary accepting and agreeing to designate the property as a Town of Cary park, SAS Institute would provide funding for the design and construction of a monument within the park. On August 22, 2013, the Cary Town Council approved entering into an agreement with both parties.

According to a commenter on social media, construction of the spire began in February.

The new park has an area with flagpoles and a monument plaque. 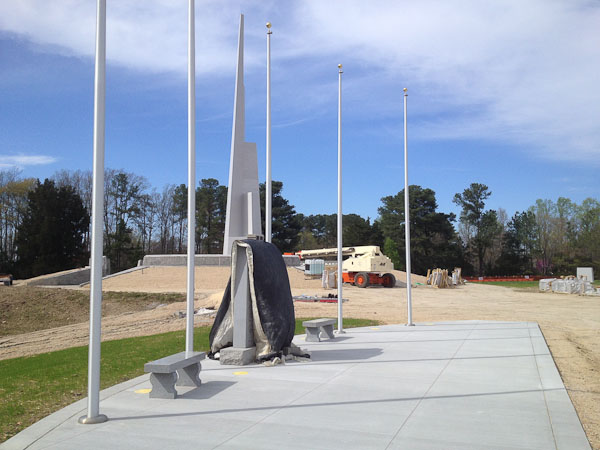 The 90′ spire is surrounded by pathways and granite seating. 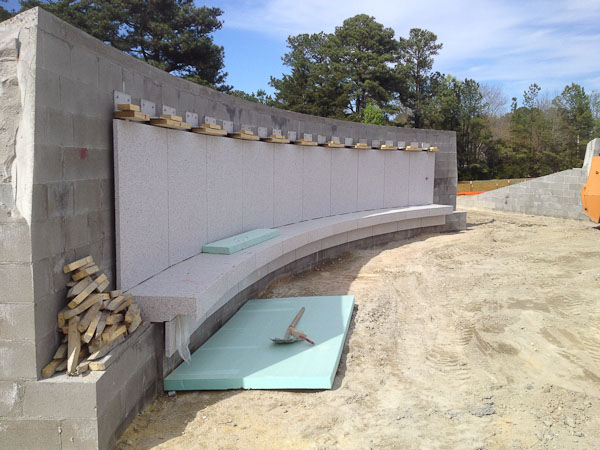 According to ToC, the monument is constructed of white granite quarried from Bethel, Vermont. Town documents indicated the stone was cut and finished in Mt. Airy, North Carolina. 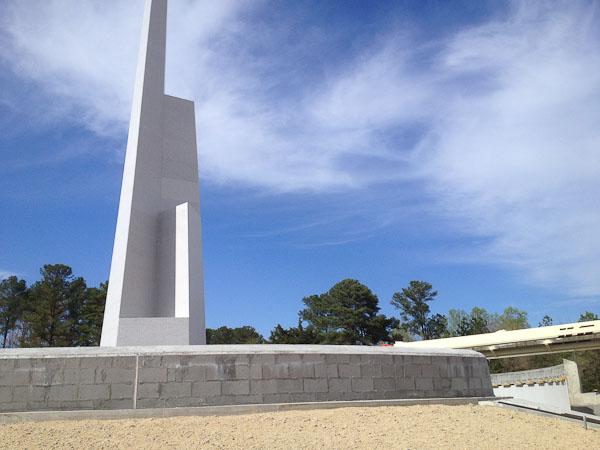 SAS has provided significant funding and support for the project, which is estimated to cost more than $1.5 million dollars. The Town will be responsible for future maintenance of the site.

The park appears to be well on the way to completion. Original plans called for the facility to be open in time for Memorial Day, and it appears to be on track to meet that schedule.

Check it Out on Harrison Ave.

The park is still a construction site and not yet open to visitors.

But you can check it out as you drive past on Harrison Avenue between Cary Parkway and Weston Parkway. 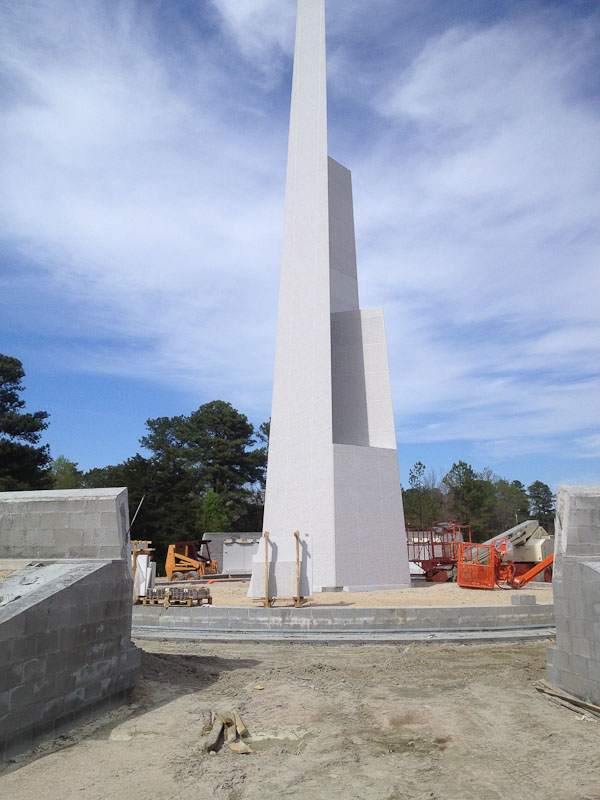 CaryCitizen is sponsored in part by Heart of Cary Association.