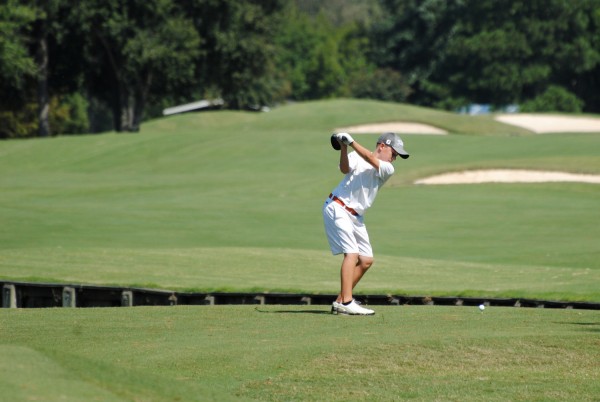 Cary, NC — 14-year old junior golfer Jack Massei earned an invitation to The Masters at Augusta National Golf Club this year to compete in the inaugural Drive, Chip and Putt Championship. Massei is one of eighty-eight junior golfers throughout the nation to earn a spot in the event after carding victories at both a local and regional qualifying event in the Boys 14 & 15 age group. Massei will represent the Middle Atlantic region during the Championship, which will be held the Sunday prior to the start of The Masters and will be broadcast live on the Golf Channel.

“Having worked in the golf industry for over 20 years, I understand the uniqueness of the collaboration between the USGA, PGA and Masters Foundation and the opportunity it presents for my son and 87 of his peers,” said father Matt Massei, General Manager at Prestonwood. “Coupled with the putting portion of the competition being held on the 18th green of Augusta, seven days prior to the crowning of the 2014 Masters champion, his participation will be one of the most memorable highlights of his life.”

Created by the Masters Tournament Foundation, the United States Golf Association (USGA) and the PGA of America, this national junior skills competition is based on the accumulation of points in three skill areas. Massei earned his spot by first winning the Middle Atlantic Region local qualifying event at Richmond Country Club in Richmond, VA with 125 points. He then advanced to the regional qualifier at River Bend Club in Great Falls, VA, where he was again victorious with 121 points.

“I first found out about the skills championship when my brother saw the announcement during last year’s coverage of The Masters on the Golf Channel,” said Jack. “I am so excited to now have earned the opportunity to play inside those ropes and putt on those greens after having attended as a spectator the last two years.”

Jack is an avid follower of professional golf. A proud supporter of the Triangle’s SAS Championship, a PGA Champions Tour event, he has walked inside-the-ropes with legends of the game including Fred Couples, Corey Pavin and Kenny Perry as part of the Tour’s Honorary Observer program.