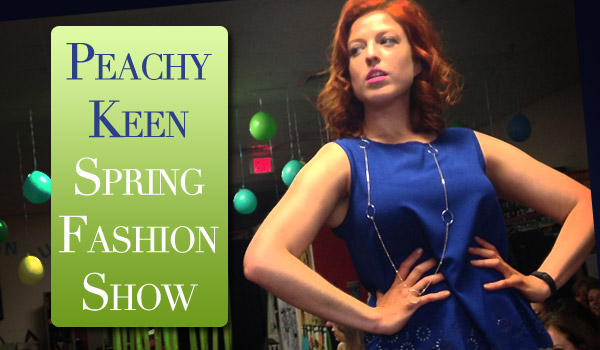 Cary, NC —  The Peachy Keen Boutique held its 3rd fashion show Thursday April 24, 2014 to a packed house. The retailer, located in Harrison Pointe Shopping Center, is quickly making a name for itself among the local fashionistas. The store was decorated to carry out their Margaritaville theme complete with a cocktail hour that included margaritas, chips with homemade guacamole, and beef tips on buns.

There were raffle prizes in sand-filled buckets, a manicurist creating beach themed nail art (An from Nirvelli Day Spa) and a guitarist serenading the crowd to warm things up. 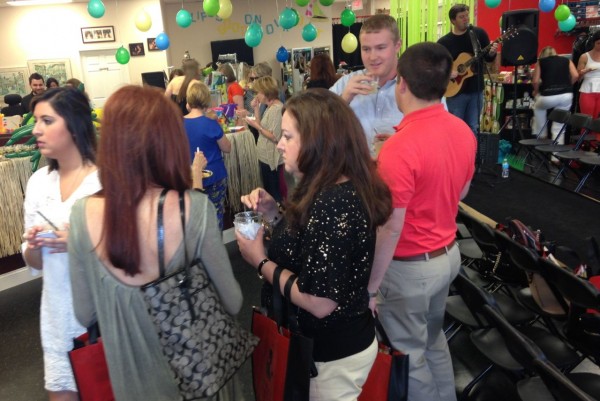 The crowd mingled and enjoyed margaritas before the show Peachy Keen.

Owner Donna Hankin introduced all the sponsors and then gave the stage to her daughter, Jenn to describe to the audience where the inspiration from the show came from. Sister Karly, a Savannah College of Design graduate, was back stage preparing the models to walk the catwalk. 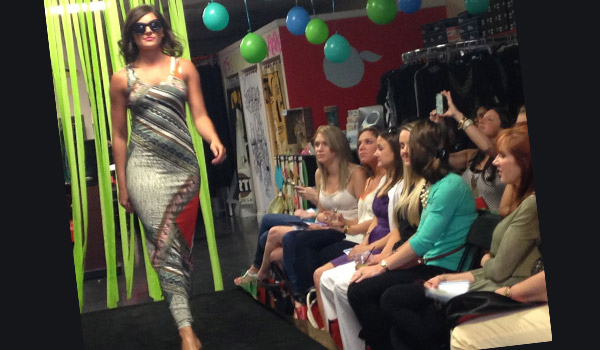 With our hot summers, the store focused on easy breezy styles that work well in the heat of the Piedmont Spring and Summer. Styles had plenty of flow and texture. Easy tops were paired with straight-legged tight fitting denim or cute shorts in white or bright colors. 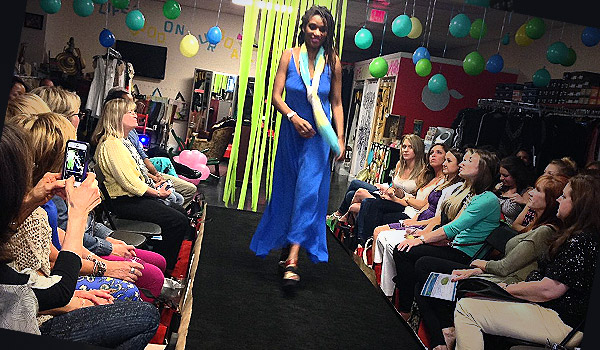 Lots of dresses were shown, which have gained popularity over skirts or separates. Dress lengths were either above the knee, or maxi with nothing in between.

Dress shapes had a fit-and-flair shape, being close to the body on top and swingy at the hem, mostly with a fitted waistline.

There was still a lot of lace and open-weave fabrications, including mesh or cut outs on sleeve and back treatments. 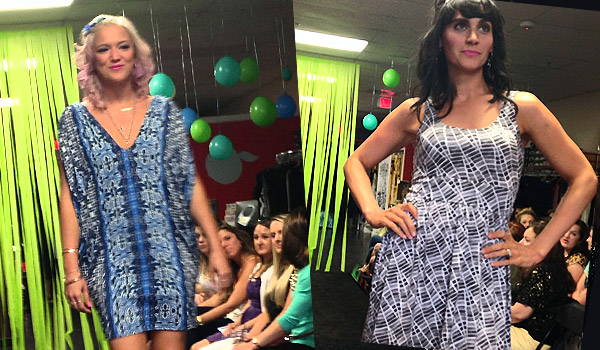 Colors were more subdued that last season with plenty of wearable black & white.  Prints were more subtle than last year’s tribal beat with tonal Ikat and ethnic prints like that pictured above.

A nice break from most fashion shows, the models were women of all ages and looked like “real people.” The audience seemed appreciative.

Show-goers were treated to swag bags that included a discount for shopping after the show, and folks were indeed trying on and buying afterwards.

CaryCitizen is sponsored in part by Fit & Able Productions. Get moving, get healthy.