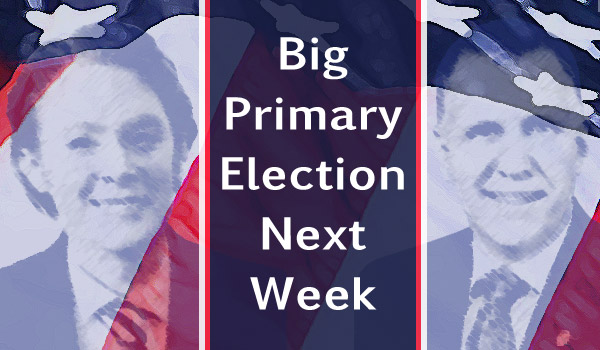 Cary, NC – Some might question whether the words “big” and “primary” belong in the same sentence, but two elections next week in our region have drawn national attention.

Next Tuesday is a primary election – that means, it is an election to choose the final slate of candidates for the November general election.

On the Republican side, the race to challenge incumbent U.S. Senator Kay Hagan in the fall has drawn a slate of eight candidates:

For Democrats, the primary election has a different twist, pitting entertainer Clay Aiken against two other candidates for U.S. House District 2.

Early voting has begun and continues through Saturday, May 3, 2014 in Cary at Herb Young Community Center.

Polling places change from time-to-time, so it’s always good to check prior to any election day.

Go to Polling Place Lookup on NC State Board of Elections:

Once your have looked up your polling place, you’ll see links to sample ballots for your district.

In the primaries, we vote by political parties. So, registered Republicans will get a Republican primary ballot and registered Democrats will get a Democratic primary ballot. The same goes for other parties who may have a candidate in the race, such as Libertarians, as well as non-partisan offices like judgeships.

Voters who have registered as Unaffiliated can choose the party primary election in which they’d like to vote. From NCSBE:

If you are an unaffiliated voter, you can choose to participate in any recognized party’s partisan primary, or you may request a non-partisan ballot. However, you must choose only one party’s primary.

Add it to your calendar:

Public Art: Vote for Your Favorite Sculpture
Scroll to top