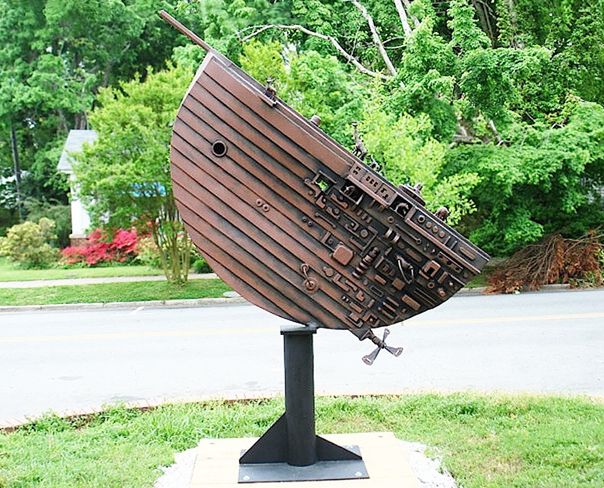 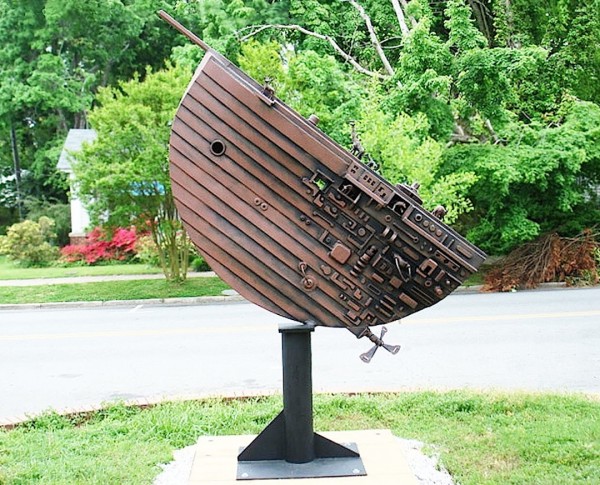 Arc by Charles Pilkey is one of 5 sculptures included in a public vote for the 2014 CVA Outdoor Sculpture Exhibition.

Cary, NC- Last year, Cary Visual Art (CVA) opened the selection process for their Outdoor Sculpture Exhibition to the public and over 1200 residents cast their votes. The voting for the 2014 show ends this week.

The 2013 show comes down this June and a new crop of sculptures will replace the current dozen this July.

Sculpture Takes to the Street

Mary Davis Wallace, CVA director, said the goal of the voting is “to engage more people around sculpture.”

For the last two years, the show has been along Academy Street and  aims to make art a part of people’s everyday lives. The twelve pieces in the current show are located in front of the post office, on the grounds of the Cary Arts Center, around Town Hall and Page-Walker, and in front several Academy Street private businesses like Alexis Bridal and The Purple Polka Dot, as well as several others. They are installed on permanent concrete pads.

In the past, the show was placed solely on Town Hall campus, mainly for safety reasons. The first year that sculptures went “off campus,” there was some vandalism to two pieces (read story). However, with increased vigilance, no such incidents occurred last year, and the desire to keep the show along Academy has been a success.

Next year may be more challenging for the art placement as Academy Street begins the Streetscape project in March 2015. For example, the post office site will have extensive sidewalk improvements and may be off-limits for the new show.

CVA is always eager for new site participants in high traffic areas along Academy. If you or your business would like to host a sculpture piece next year, contact Mary Davis Wallace.

You can vote for two sculptures to appear in the 2014 CVA Outdoor Sculpture Show for the next year on the streets of Cary.

Vote now for your favorites through Sat May 3, 2014 and see your selections mounted when the new exhibit opens July 18th.

Here are four of the five sculptures available for your vote (the other is at the top of the page). 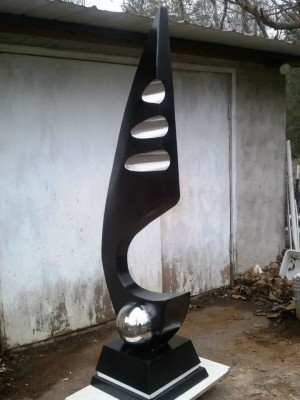 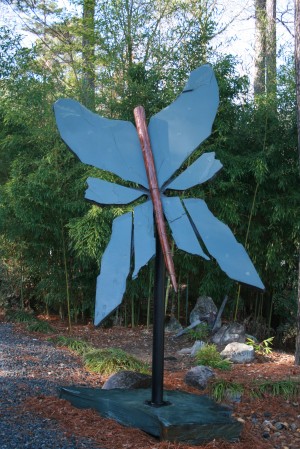 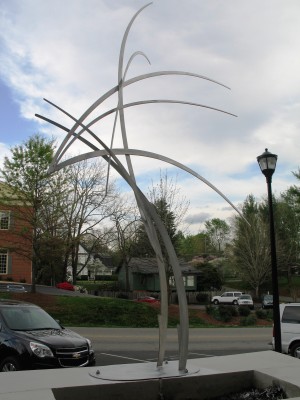 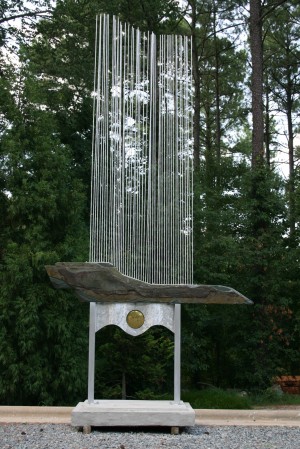 Lori Bush: Win Some Lose Some
Scroll to top