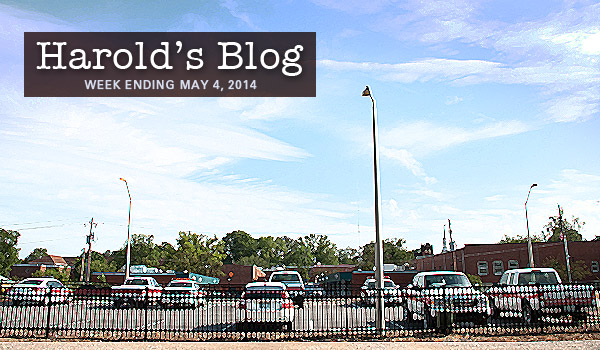 Cary, NC — This week was a busy one and included the selection of a new town clerk.

On Monday the council met for several hours and interviewed the final three candidates for town clerk to replace Sue Rowland who is retiring August 1st. This was the second interview for each candidate. All the candidates were very good candidates and the choice was a very difficult one. We should be making the selection known in the near future.

Tuesday I joined Mayor Pro-Tem Adcock, council member Robinson, town manager Shivar, and several staff members in Morrisville for a joint issues subcommittee meeting. Here is some of the information that came from that meeting:

The meeting lasted about an hour and a half. Our next meeting will be sometime in September.

Staff was asked several questions at the joint committee meeting. Here is their response to those questions:

Wednesday I joined council member Smith for the 34th graduating class of the Cary Citizens Police Academy. This is a twelve week program that explores topics like criminal and constitutional law, patrol, criminal investigations, youth services, DWI detection, and domestic violence. I, along with council member Smith, gave a few congratulatory comments before having to leave for our next event.

Next I headed over to The Cary Theater for the 2014 graduation of The School of Government. Cary’s School of Government provides the community with an opportunity to learn how municipal government functions, what services are provided, and how citizens can become involved. Students get a behind-the-scenes look at Town government structure, culture and decision-making. After a tour of the facility and a presentation on downtown I gave a few comments to the graduating class asking them to be more involved in the town and become advocates. We then handed out diplomas, took pictures, and attended a reception.

Thursday the council held three meetings. Our first meeting was a special meeting to go into closed session. Our closed session was to get information about an economic development opportunity.

Our second meeting on Thursday was a quasi-judicial hearing on the subdivision and site plan for Evans Farm townhomes which would be on the south side of O’Kelly Chapel Road between Green Level Church Road and Alston Avenue.

I was the dissenting vote on this proposal. I believed it did not meet approval criteria #3 that states “the plan provides harmony and unity with the development of nearby properties”. In my opinion, 147 townhomes is not in harmony adjacent to single family homes.

Our third meeting Thursday was a work session on phase 2 of Imagine Cary which is a multi-year effort to prepare a new community plan. Find out more about Imagine Cary at http://www.imaginecary.org/.

Our work session included presentations on reframing policy choice topics by staff, consultants, and co-chairs of the Committee For the Future. The committee had taken eight points for discussion in information stage and presented it to council in five simpler questions. These questions or areas of conversation will be presented to the public with many options (including none of the above). The downtown and transportation will have a delay so that feedback and decisions on more land use issues can be resolved. The first stage of public engagement phase of information will be this summer and fall. Our work session lasted about an hour and fifteen minutes.

Saturday I had the pleasure of giving welcoming comments to the Purple Cloth 5K for Dorcas ministries supported by Genesis United Methodist Church. All of the proceeds from this race went to Dorcas ministries. In my comments I challenged people to not only provide funding but to offer time, old clothing, and other items.

Sunday I had the honor of attending the book release of the first 20 years of the Alpha Kappa Alpha’s Sigma Tau Omega chapter in Cary. This chapter serves our community through their many actions and initiatives throughout the year. We are blessed to have them in our community.

Later Sunday I attended the Capital Area Preservation and Wake County Historic Preservation in Cary. In the ceremony there were four plaques given for historic landmarks. Two sites were recognized in Morrisville, one in Garner, and one in Cary. The Cary historic site was Hillcrest cemetery. This historic site has graves from the 1800s and includes 11 past mayors. We are very glad to have it recognized.

Staff emails from this week included reports about current development in the pipeline. Here is an excerpt from that email:

The 1st report is Active Single Family (SF) developments & percent complete.  This report indicates that there is some level of construction activity on the approved site/subdivision.  What makes it ‘active’ is that the developer has started land disturbing activities, including things like grading, installing infrastructure (water/sewer/streets) and/or pulling building permits.  The total approved number of lots in this grouping totals 5,702, with 3,464 Certificates of Occupancies (CO’s) issued and another 569 with active building permits meaning that there are 1,669 available lots to be built upon, although 1,318 have yet to be platted, and ordinances do not allow building permits to be issued until after plats are approved, so technically there 315 that are ready to build upon, as of the March 31st report date.

The 2nd report is Active Multi-Family developments, which indicates 2,155 units, the majority of which are either actively under construction, close to going to construction, complete, or nearing completion.

The 3rd report is more indicative of the current ‘pipeline’ projects that Mr. Yerha may have been referring, indicating projects approved (but not yet ‘active’, as described above) and projects currently in review.  This indicates 723 approved multi-family units and 590 approved single family lots.  (Again these are projects that have site/subdivision plan approval but no construction activity, of any kind, has begun.)  There are currently 197 multi-family units in review and 985 single family lots in review.

The reason for this council question was that there is a lot of development occurring all at once which can create issues with traffic and schools. Cary requires developers to pay fees to mitigate some of the traffic impact their developments on road systems. But these fees are less than 100% of the impact and are limited by our authority. No municipality in North Carolina has authority to have school adequacy requirements before development. So in cases of rapid development this can cause issues. And we are seeing this not just in Cary but all over Wake County.

In other staff emails we were notified that there is draft legislation that would prohibit any ordinances regulating removal/replacement/preservation of trees on private property and removes an existing provision of the statute that exempted local acts from its purview. Thus, it may essentially “overrule” Cary’s local act on this topic. Once again our state legislature is attacking local municipalities’ authority to govern its citizens to the detriment of our environment and the benefit of unscrupulous developers. PLEASE call your representatives and ask that they allow us to protect trees otherwise future developments will have massive clear cutting and there will be nothing we can do about it.

The first quarterly report was sent out by staff this week. Here are some of the highlights:

Staff is completing designs for 10 sections of new sidewalk to complete gaps within the Town’s sidewalk network. Bid Advertisement is scheduled for summer 2014 with construction beginning in the fall and being completed in late 2015. Projects include:

Next week looks like another busy week. It includes a meeting with a school board member, a tennis exhibition, a work session, a council meeting, and other meetings.

Well that is all for this week. My next post will be on Sunday, May 11th. Although I have Facebook and Twitter accounts those are not the best means of communications with me. Please send all Town of Cary questions or comments to Harold.Weinbrecht@townofcary.org and email personal comments to augustanat@mindspring.com.