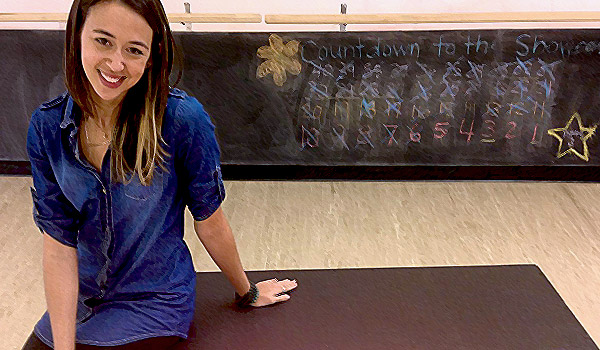 Cary, NC-  Maia Wirth has always loved the world of dance and music and is passionate about sharing that love with children.

As a former Wake County music instructor, Maia felt restricted when she had to teach to a set curriculum in tandem with core subjects that often used elective periods as core planning time. Many of the students she taught weren’t in class because they selected music, and were unmotivated.

Her new studio, Open Arts in Morrisville’s Copeland Oaks Center,  gives her the chance to teach in an informal setting that kids of all abilities can respond to. The Motto of the studio is “Honoring the HEART in the ARTS”.

Although Open Arts is less than a year old (official opening was last September), the studio is producing its first show called “A Year of Magic” as the end-of-year showcase. The show will have one performance at the Cary Arts Center, this Saturday, May 3, 2014.

The show will incorporate a script that Wirth wrote herself with help from the kids. The dancers will perform in between the singing and acting to move the action along. Sixty students are involved with the production, and will include yoga students who are helping with the technical aspect of the show.

Students at Open Arts can take classes in several disciplines: yoga, dance and musical theater. The ages taught range from as young as preschoolers to middle school. Most students are experiencing their first ever dance or theater class when they come to the studio. The Musical theater class took Wirth by surprise in its popularity, and she has plans to add a second level in the fall.

In a break from traditional dance studios, Wirth asked the students for input on her theme, which is Magic.  Then she included the parents and families by asking for their input about “what is magic to them.” From that feedback, she built her story.

The story is about a young girl whose world is full of technology but has lost its magic. The girl then travels to bring magic back to the world. Through song and dance, with sets created by the children, the audience will find out how she accomplishes her goal.

For most of the students, this will be their first time ever on a stage, as opposed to practice in a dance studio with mirrors. Wirth says “It’s been a  long road” of rehearsals and learning dance steps and songs for her students, but the excitement is building. Every day, they look at her countdown wall and mark off another day closer to showtime.

Her main focus is for the kids to enjoy what they are doing, “have fun” and learn about themselves. She wants her students’ parents to be proud of all they have accomplished in one short season. There may be “Five main steps” to the dances, but she has been creative in how she choreographed to keep things interesting and still have success for her students.