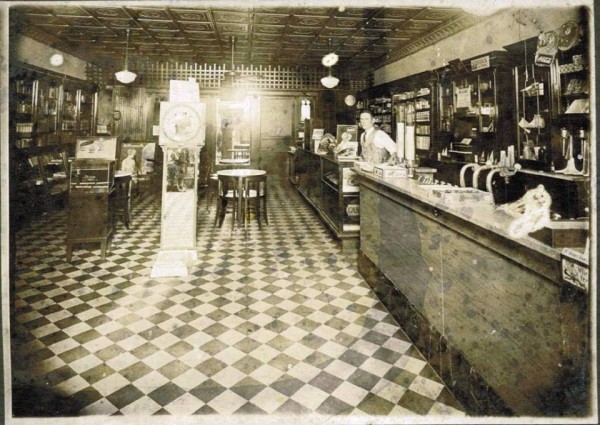 The inside of Ashworth Drugs circa 1957

Cary, NC- It was Easter Monday on April 21, in 1957 when Ashworth Drugs opened in Downtown Cary, after Ralph Ashworth purchased the drugstore from Henry Adams. I spoke with Ralph and Paul Ashworth about the history of their pharmacy and where they are headed.

Ralph and his wife Daphne had graduated from Carolina in 1955 and concluded that they wanted to own their own business. They came to Cary to check out Franklin’s Pharmacy, but unbeknownst to them, it had already been sold to the Mitchell’s. That location now sits vacant as part of the The Cary movie theater purchase and renovation.

Not to be discouraged, Ralph walked up the block to the corner and walked into Adams pharmacy and spoke to Henry, the owner. As fortune would have it, Henry’s son, Charlie, did not want to take over his father’s business, and Henry was ready to sell. All a matter of timing, or what we know today as Ashworth’s would not exist! The store had been built in 1931, and Henry Adams had owned it for 26 years. 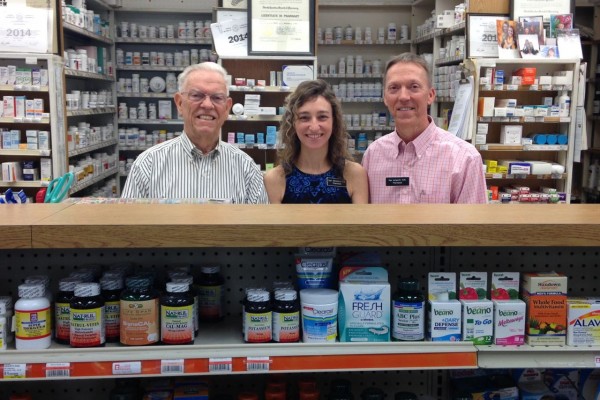 The Ashworths know many of their customers by name, having served several generations of the same families. “That’s how we built our business” said Ralph.”We’re in the health and wellness business and the personal business of knowing our people.”

“Mayor Waldo Rood was the first prescription we filled.”

They have a copy of this form framed as a memento.

But Ralph observed that people aren’t necessarily as loyal as they used to be, many times choosing convenience over service. Many health plans now demand that chronic medications be filled by mail order. IBM was the first employer in Cary that changed to that service and many others have preferred provider networks.  Ashworth Drugs lost customers because of these changes.

To stay competitive,  Ashworth Drugs  offers free delivery to all Cary residents within the town limits. FREE. They also offer curbside pickup in their location in Cary’s Downtown. If a customer calls in advance, the prescription will be walked out to their waiting car at the curb.

The growth of assisted living facilities in Cary has been a boon to the business. The family knows the patients there and offers the delivery service that makes filling prescriptions very convenient. Glenaire was the first community to start the service, which has expanded to Waltonwood, Searstone and others.

They are also one of the only pharmacies to have two pharmacists on duty at all times. Many large chains have techs and cashiers behind the counter with only one pharmacist to answer customer questions. This commitment to service sets them apart, according to Paul. “We even set up a separate counter so that customers could talk to our pharmacists.” 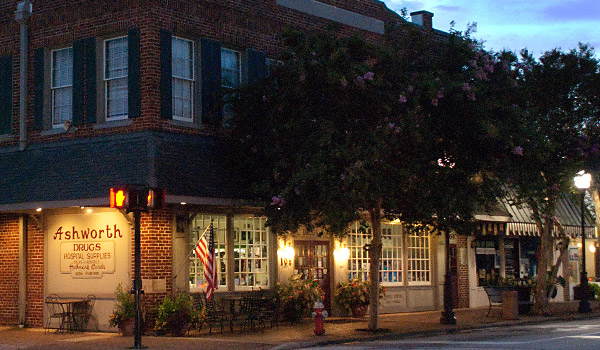 Another thing that sets the drugstore apart is the popular soda fountain. This long-time gathering spot is really a side business, and Ralph looks at as something of a community service. Ashworth Drugs is a pharmacy first and foremost, but folks do love their red hotdogs and lemonade. 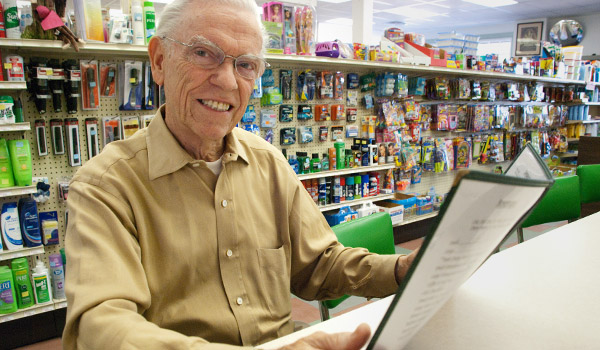 The family has employed hundreds of Cary High School students through the years. Two of these employees are currently in pharmacy school now. Steve Zaytoun , former Cary Chamber president, worked for the Ashworths in High School.

“Its a source of pride for us,” adds Paul. “We don’t have to employ any students, we do it because it is part of our mission.”

People that work for them are loyal. A plaque in one of the booths by the window commemorates one employee who worked with them for 25 years. Another served 35. Pharmacist Cori Strickland has been with the drugstore for 25 years. They’ve helped make the operation a success.

Grew Up in the Store

Paul Ashworth and his brother Gary grew up working in the store and both attended Cary High School. Like their father, both graduated from Carolina, Paul pursuing a pharmacy degree, Gary chose accounting.

“I’ll say this, my father made a lot of accommodations for me” says Paul. “I never felt he forced me into this. It’s that way with my kids, the door is open if they want to pursue”. Paul added his 2 oldest have worked in the store, but are not going into pharmacy, instead choosing mechanical engineering and medical school. His youngest will be a freshman in high school next year.

For the 50th anniversary, there was a tent in Ashworth Village and food and music.

Until then, they are here to fill your prescription and medical device needs, along with the occasional ice cream soda.

Downtown coverage on CaryCitizen is sponsored in part by Academy Street Bistro.

Lori Bush: Win Some Lose Some