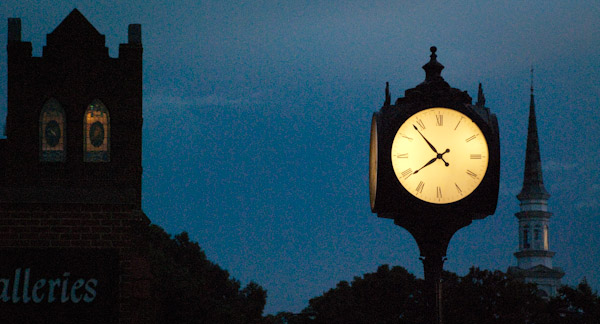 Cary, NC – I went downtown to see the new movie theater sign and take some pictures. The whole trip had a distinctly antediluvian quality.

Downtown Before the Flood

Thursday night, as the sky darkened, it was quiet in downtown Cary. Very quiet. But you could almost feel the looming presence of Lazy Daze, like a big wave coming to inundate the place.

I had come downtown to take a photo of the new movie theater sign on East Chatham Street. The publicity blitz had been hyping it for days – so much so that I actually felt guilty for not coming down earlier to cover this historic event.

Turned out to be all hype, no event. The sign was not installed – just the support structure. A significant achievement, certainly, but not a photo opp. Not news.

Nonetheless, I’m excited about The Cary, as the new theater will be called, and took a few photos of the building construction as it stands now. 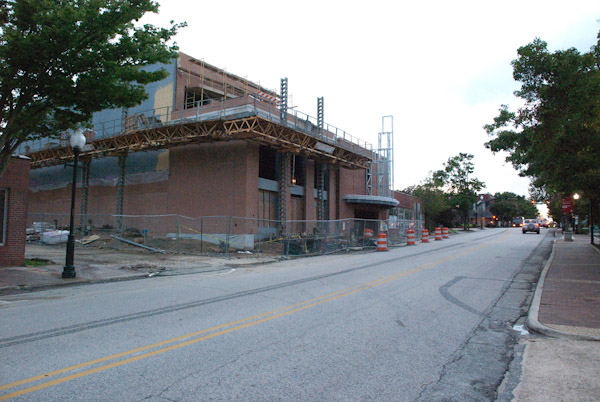 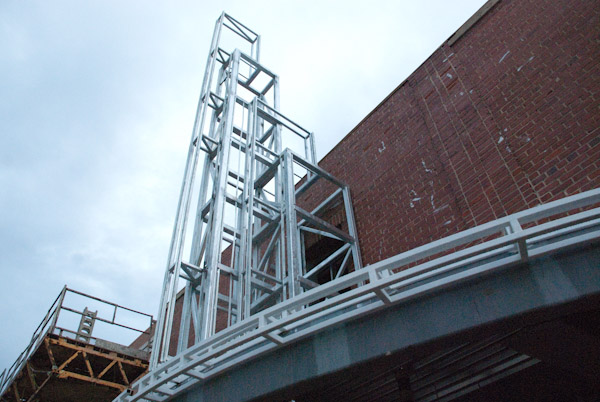 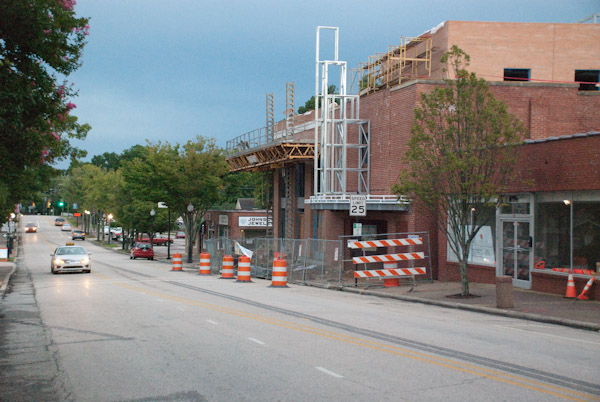 It was a nice night, and I truly wasn’t terribly put out by “a trip for nothing.” That’s sometimes my favorite kind of trip – expectations dashed, a chance to see things with an unvarnished eye. So I walked around downtown and looked in the shop windows, taking a few photos as the sky faded to black. 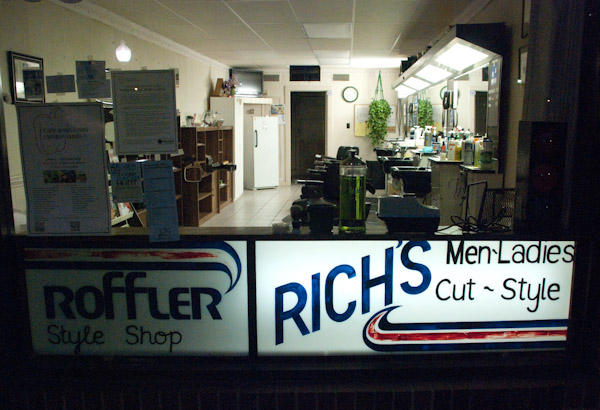 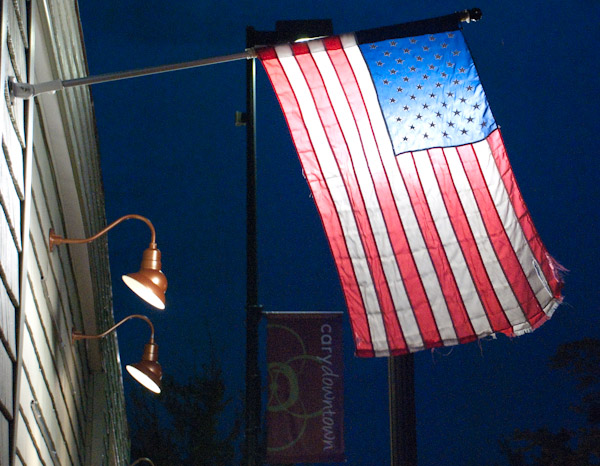 I had the sense of an eddy in time, of downtown as it was before all the development. Before the Cary Arts Center and the Downtown Park, before the Signature Street and the Roundabouts, before the movie theater.

Of course, I’m just a picture-snapper – a button-pusher not tasked with the deep thinking. Maybe downtown will always have a barber shop. Maybe the tattered flag hanging from the shabby green building will still  wave proudly in a 100 years. Maybe the downtown skyline will still be two churches and a clock.

But with everything in flux on that quiet Thursday night, one building stood apart. I could sense that it would be there when the flood of change receded, like the Plymouth Rock of our once-small community. 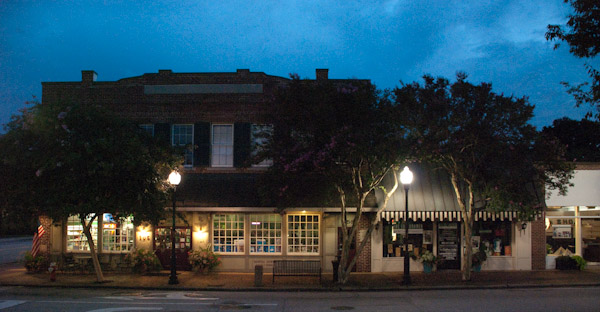 Antediluvian – literally “Before the Deluge.” Story and pictures by Hal Goodtree.