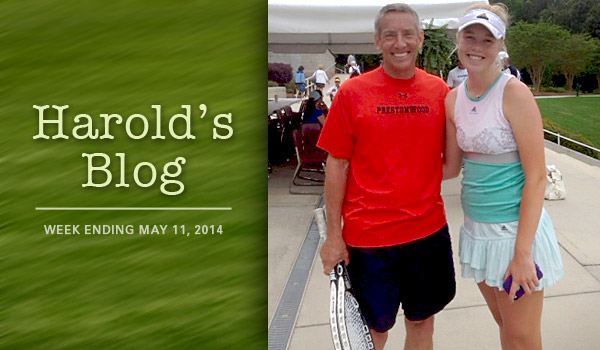 Cary, NC — It was another busy week being mayor.

Monday I joined Mayor Pro-Tem Adcock, council member Bush, and several staff members in a meeting with School Board Chair Christine Kushner, member Bill Fletcher, and member Susan Evans. Mr. Fletcher presented slides giving the current information on schools and the overcrowding in Wake County. Here are some of the interesting comments made by the school board members:

The school board members also shared that they base their decisions on four pillars:

They also spent time going over all the different tools in their toolbox to deal with overcrowding. All of them have pros and cons. These include:

We also discussed the increasing loss of teachers. I asked if the information I received about new schools opening with 20% temporary or substitutes was accurate and they said yes. I also mentioned that I have talked with a county commissioner about options for funding teacher raises but that is another subject altogether.

The Cary staff in attendance confirmed that Cary provides detailed information including subdivision and site plans to Wake County Schools. This information is plugged into the student prediction model run by NC State. One interesting point made by staff through observations is that multi-family produces approximately 20 students per 100 units compared to single family housing that produces 100 students per 100 units. This is contrary to what many in the public believe.

We also explained the development process and options to the school board.  Specifically, if a property owner wants to build in the current zoning then they can build without a council decision. This surprised the school board members.

I also mentioned that the council does not have authority to create a moratorium on building permits or to deny any development due to school capacity (adequacy).

We all agreed that information predicted these students for some time but the schools are just not being funded by the county commissioners.

School board members stated that we are further behind than we were in 2006 even with the last bond referendum.

We agreed that it is important for the public to have all the information we have and to try and get the county commissioners to fund more schools. Our next steps are to create a communication strategy and consider holding town halls.

Tuesday was my regularly scheduled time with the town manager. Our conversation this week was about 20 minutes and focused on an annexation issue and the school situation in western Cary.

Wednesday I had the joy of participating in a tennis exhibition at the Cary Tennis Park. Participants in the exhibition included nationally ranked 16 year old Kaitlyn McKarthy, the President of the Western Wake Tennis Association, a senior doubles player who plays out of Kildaire Farms, and me. It was a 24 point set with each participant serving six points. My partner and I came up short 11-13 but it was a close match which I thoroughly enjoyed. I was particularly impressed by McKarthy’s game and her maturity. She is headed off soon to play in the Junior French Open. I will be watching the draws and wish her the very best.

Wednesday evening I joined guests from our sister city Le Touquet, France for about an hour on the eve of their departure. I hope to be able to visit them sometime within the next year.

Thursday started with a closed session to discuss the position of one of our employees. The town council has three direct employees: the town manager, town attorney, and town clerk.

After the closed session the council held a work session to provide feedback to staff and consultants on two proposed drawings for the town square fountain. The council liked the first option which had a bowl on columns on top of two platforms. The fountain sketch had cascading water as well as jets. Consultants will take this feedback and start designing.

Thursday night’s council meeting lasted until a little past 8:30. There were seven public hearings and 3 items for discussion.

One of the council’s decisions included the official economic incentive approval for Novozymes which will bring 100 jobs and $36 million of investments to Cary. Base on the taxes they will pay our incentive will be paid off within three years. It is important to note that they have to deliver on promises before any incentives are given.

Approved in the consent agenda was the Transportation & Facilities Department’s contract award for the fiscal year 2014 Street Improvements.  This is to repair pavement and resurface 196 street segments totaling 21 miles costing $3,610,599.78.

In other decisions the council unanimously agreed to the Google Fiber Hut agreement. This will allow Google to build small structures on town property to house their equipment. Their huts will have to abide by all town guidelines including buffering and screening.

In the public hearings the council heard from two developers that want to build low density single family housing. Hallelujah! Of course you will probably not read about this in the local paper [Cary News] since they are obsessed with convincing the public that the current council is only approving multi-family. BTW, no multi-family was approved at this meeting.

One of our final discussion items had to do with “Central Mailbox Delivery”. Wow, was this a shocker.

Basically, the post office is now requiring a central location for neighborhoods to get mail. The days of having a mailbox at your house are apparently gone for new neighborhoods.

What is sad is that there are residents in new neighborhoods in Cary that have mailboxes in front of their houses and the US Postal service refuses to deliver the mail. They are requiring the developer to install a Central Mailbox Delivery location. In the meantime the residents have to go to the post office to get any mail and this has been going on for weeks. How ridiculous.

Several council members, including myself, have agreed to work with the residents to contact their federal representatives to see if we can make some changes and get these people their mail. I guess this is an early sign of the end of the US Postal service.

An important part of the council meeting was the town manager’s annual budget presentation. He is recommending a $261 million financial plan for the next fiscal year with increases operations of about 4 percent to $209 million. At the same time he is recommending a drop in capital spending by 51 percent to about $51 million.

The recommendation keeps Cary’s property tax rate the lowest in Wake County at 35 cents per $100 valuation.  The water and sewer rate recommendation is for an increase of 3.5 percent — about $2.21 more per month for residents using 4,500 gallons of water. Building permit fees will also go up about five percent. Some of the town manager’s recommend projects to address council priorities include:

To accomplish these and many other initiatives, the town manager is requesting 25.5 positions, which would bring the Town’s total staffing to just 1,222 or about 8.2 staff per 1,000 Cary residents. This is one of the lowest staff-to-citizen ratios in the state and still less than Cary’s FY 2007 ratio, even though over 30,000 people have moved to and required services from Cary since then.

The town council will now start working on the proposed budget in work sessions. The first will be on May 20th at 6 PM.

Staff emails this week included current plans under review. Some of the plans submitted since the beginning of April include:

To see the complete list of projects under review, visit Active Projects on the Town of Cary website.

This week, I was contacted by a lifelong Cary resident who told me a story about his elderly mother falling at home and badly injuring herself. When she was found, it wasn’t clear if she had been attacked or just fell.

At the hospital a Cary Police Officer, Tori Sears, talked with the family. The officer performed their normal duties of investigating and answering questions but then went beyond the call of duty by provided sincere, compassionate, loving care. Not only was this care provided to the elderly lady but to the entire family.

This had such an impact on the son of the elderly lady that he insisted on talking with me. He was overwhelmed by the compassion of the office and stated that he couldn’t be prouder to be a Cary resident.

He stated that wanted to express his gratitude by giving back to the police department. He stated that he would like to purchase a K-9 dog, pay for all training, and additional expenses. His only condition was that his gift remain anonymous (I got permission to blog the story).

God bless him and God bless Officer Sears! I true example of a public servant doing their duty and providing exemplary service, and a citizen who loves his town and is giving back to their community. THAT, my friends, is why Cary is one of the greatest places to live!

Next week will be spent mostly in Nashville for the Cary Chamber’s intercity visit. Before leaving and after coming back I will have a few events.

Well that is all for this week. My next post will be on Sunday, May 18th. Although I have Facebook and Twitter accounts those are not the best means of communications with me. Please send all Town of Cary questions or comments to Harold.Weinbrecht@townofcary.org and email personal comments to augustanat@mindspring.com.