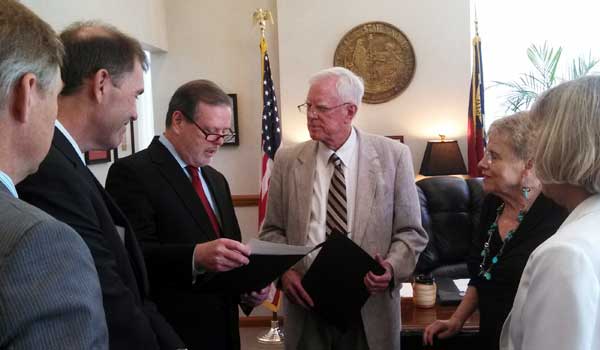 On Thursday May 22nd, both the NC House of Representatives and NC Senate recognized Duane Best of Cary, NC, formerly of Eden, for his nearly four decades of service to the state of North Carolina.  Mr. Best was also the recipient of the Order of the Long Leaf Pine, the prestigious award presented by the Governor to individuals who have an extraordinary record of service to the state.  Mr. Best is a recent inductee into the North Carolina Music Educators Hall of Fame.